Venezuela at the Brink

The Venezuelan crisis has sharpened dramatically in recent months, with skyrocketing inflation and widespread shortages of food and basic goods in poor and working class neighborhoods, which led to massive protests and the looting of stores throughout the country.
Share on facebook
Share on twitter
Share on email

The Venezuelan crisis, which began in 2014, has sharpened dramatically in recent months, with skyrocketing inflation and widespread shortages of food and basic goods in poor and working class neighborhoods. The conditions have sparked massive protests and the looting of stores throughout the country. Many of the protests have been repressed by the Federal Police and National Guard. Long lines can be seen at nearly every shop selling government subsidized products. Anger and desperation have taken hold within the poor.

The myths of the right and Chavismo

Let us begin by dispelling some myths. The crisis in Venezuela today is not caused by the failure of “socialism”, as corporate media outlets like the Wall Street Journal or the New York Times state. Neither is it a result of Venezuela failing to accept assistance from the IMF or of the government’s “excessive spending” on social programs as the latter has suggested. Nor, even, is it a question solely of government corruption, as Venezuela’s right wing claims.

Venezuela’s economic collapse is one domino within the world economic slump, which began in the U.S. and the central countries in 2008 and has hit the peripheral countries hard in recent years, in particular in South America. This slump led to an historic drop in the price of oil, Venezuela’s primary export and largest source of revenue.

However, we must also disabuse readers of the idea, repeated within sectors of the U.S. left, that Venezuela is a revolutionary and anti-imperialist country whose government bears no responsiblitiy for the desperation facing its people — an idea is put forward by pro-government outlets such as Telesur. In fact, despite the social programs created by Chavez, neither he nor Maduro ever challenged the rule of capital and imperialism in Venezuela. Many actions taken by the government have directly benefited the capitalist class, such as the devaluations and increases on fixed prices undertaken by Maduro.

Neither is the current crisis is a result of Maduro betraying the legacy of Hugo Chavez. It is true that Maduro has made concessions to the national bourgeoisie that have gone further than his predecessor. But Chavez too is responsible for the current crisis by refusing to expropriate the corporations that have made billions off the Venezuelan people and the surplus value of Venezuelan workers while demanding ever-higher prices or moving production abroad when their businesses are no longer sufficiently profitable. Chavez, like Maduro, also continued servicing the debt to the institutions of international capital at the expense of the Venezeulan people. Last year, Maduro estimated $30 billion went toward debt repayments while the country struggles to import the necessary food and raw materials needed to feed its people.

Venezuela is now in severe economic recession, with the worst effects of the crisis being felt by it poorest sectors. In public and private shops in the poor and working class neighborhoods, Venezuelans wait hours in line for foodstuffs such as milk, meat, flour, and cooking oil or hygienic products such as diapers or soap, without any guarantee that the products will still be on the shelves when they enter. The Maduro government’s response to these shortages has been to negotiate with the corporations of food industry to allow increases on fixed prices in exchange for increased production.

In this so-called “socialist” country, the gap between rich and poor is astounding. The ruling class, whose profits, for the most part, have never been touched by either Chavez or Maduro, continues to dine in luxurious restaurants and country clubs, and shop at exclusive supermarkets, where there is virtually no product that cannot be obtained, if you have the money to pay. It is not only the opposition linked capitalists which enjoys these privileges but also a Chavista bourgeoisie — a sector of the business class which has profited immensely by building close ties to the Chavez and Maduro administrations.

The working class has become increasingly frustrated with the government’s lack of action. In June, in the state of Sucre, 400 people were arrested during widespread lootings of shops and trucks carrying food. The same month, spontaneous street protests against shortages occured in various neighboorhoods of Caracas, which the police repressed with tear gas. The Maduro government has characterized every protest, despite their popular character and legitimate demands, as organized and financed by the right-wing. It is indisputable that the situation has allowed the pro-imperialist right to grow and strengthen, as it has in Brazil and Argentina. Yet this does not negate the real suffering felt by millions of Venezuelan people as a result of food scarcity and the ever-rising cost of living or their right to protest their conditions.

While the government has not offered solutions to the shortages, neither has the right-wing opposition. While the opposition has cynically condemned the repression carried out by Maduro’s forces, it has overseen repression in the states where it governs, such as the state of Miranda. Neither has it lifted a finger in these states to stop the rising costs of food and basic goods.

The rise and fall of Chavismo

The election of Hugo Chavez was a direct result of the failed neoliberal policies that had led to widespread unemployment and poverty and devastated the lives of millions of Venezuelans. After leading an unsuccessful coup in 1992, Chavez was elected by landslide into office seven years later and made many concessions to workers and poor people. His government negotiated for greater control over the country’s semi-public oil reserves and began to set up “missions” aimed at ending illiteracy, improving the country’s health system, and increasing access to housing and food. Massive mobilizations helped defeat a right-wing and pro-imperialist coup against the Chavez government in 2002. The same year, Chavez was able to overcome a two-month lockout by the opposition bosses in the oil sector. In 2005, six years into his term, Chavez began to refer to his project of “21st Century Socialism” creating illusions in many around the world that Venezuela would become a beacon against the rule of capital. While Chavez did obtain more control over PDVSA, the state oil company and negotiated the nationalization of some businesses, always with compensation, the vast majority of capitalist businesses continued to function as normal.

In this context, Chavismo developed into the phenomenon that Leon Trotsky characterized as Bonapartism of a distinctive character. That is, a government in a semi-colonial country, which supports itself in the masses (and asserts control over its organizations through the state) in order to gain a stronger position vis-à-vis imperialist capital. The Chavez government was able to wrest greater control over the country’s oil revenue and with it, make some concessions to workers and the poor through its “missions.” However, this phenomenon has nothing in common with socialism, despite the declarations of the government. In fact, the government has been unable to resolve any of the principal democratic tasks within Venezuelan society. Although it speaks of Socialism of the 21st Century, there was no real nationalization of the oil industry, the banks or the big corporations. There was a moderate land reform but one which left the power of the big landowners intact.

In the last years of his government, Chavez began to moderate his program and strengthen the government’s control over the unions and popular organizations. At the same time, he sought to ease relations with the oppositionist bourgeoisie, the governments of neighboring countries like Colombia, and the imperialist countries. In other words, the more “left-wing” aspects of the government faded, even with a continued populist rhetoric.

As the country’s economic crisis deepened, the Maduro government took these measures even further, although it was still unable to negotiate an agreement with the bourgeoisie and the imperialist countries. Far from making concessions to workers, as it had years earlier, the government unloaded the worst effects of the crisis on working people and carried out harsher repression against those who took to the streets to fight for their legitimate demands.

End of the Pink Tide

The so-called Bolivarian Revolution announced by Chavez began a 17-year process known as the Pink Tide, in which new nationalist and center-left governments were swept into power in Argentina, Brazil, Ecuador, Bolivia, Nicaragua, El Salvador, and Uruguay. The first reversals of this process took place last year, with the electoral victory of multimillionaire magnate Mauricio Macri in Argentina and the institutional coup d’état in Brazil. This past December, Chavismo suffered its greatest defeat yet, when it was reduced to less than a third of the legislature in midterm elections. The parliamentary bloc known as the Democratic Unity Roundtable (MUD in Spanish) now holds a majority in National Assembly. MUD groups together various reactionary and pro-coup opposition groups, and is supported by imperialist countries. Since gaining control of the assembly, the right has redoubled its pressure to remove Maduro from office. Maduro has answered by harshening the bonapartist and authoritarian aspects of his government, not only to block the advances of the right, but also to continue applying inflationary economic measures.

The MUD presents itself demagogically as the voice of “democracy,” but in reality its program of neoliberal austerity and democracy for the rich can only be imposed by force, in agreement with the armed forces and the support of foreign capital. The MUD’s calls for a recall referendum has been fiercely resisted by the Maduro government, and has led to a major political crisis, which both sides seek to resolve through a negotiated solution, with the intervention of various “mediators” such the OAS, UNASUR, the Obama Administration, and the Pope.

A way out for Venezuela’s working class

Venezuelan workers cannot expect anything good to come out of the eventual agreement between the government and the opposition, whose objective is to normalize the country according to the interests of the big foreign and national capitalists. Only the intervention of the workers and poor, with their own methods of struggle and organization can lead to the perspective of a way out from the severe crisis in the county. And this demands a political orientation independent of both the government and the right wing opposition. 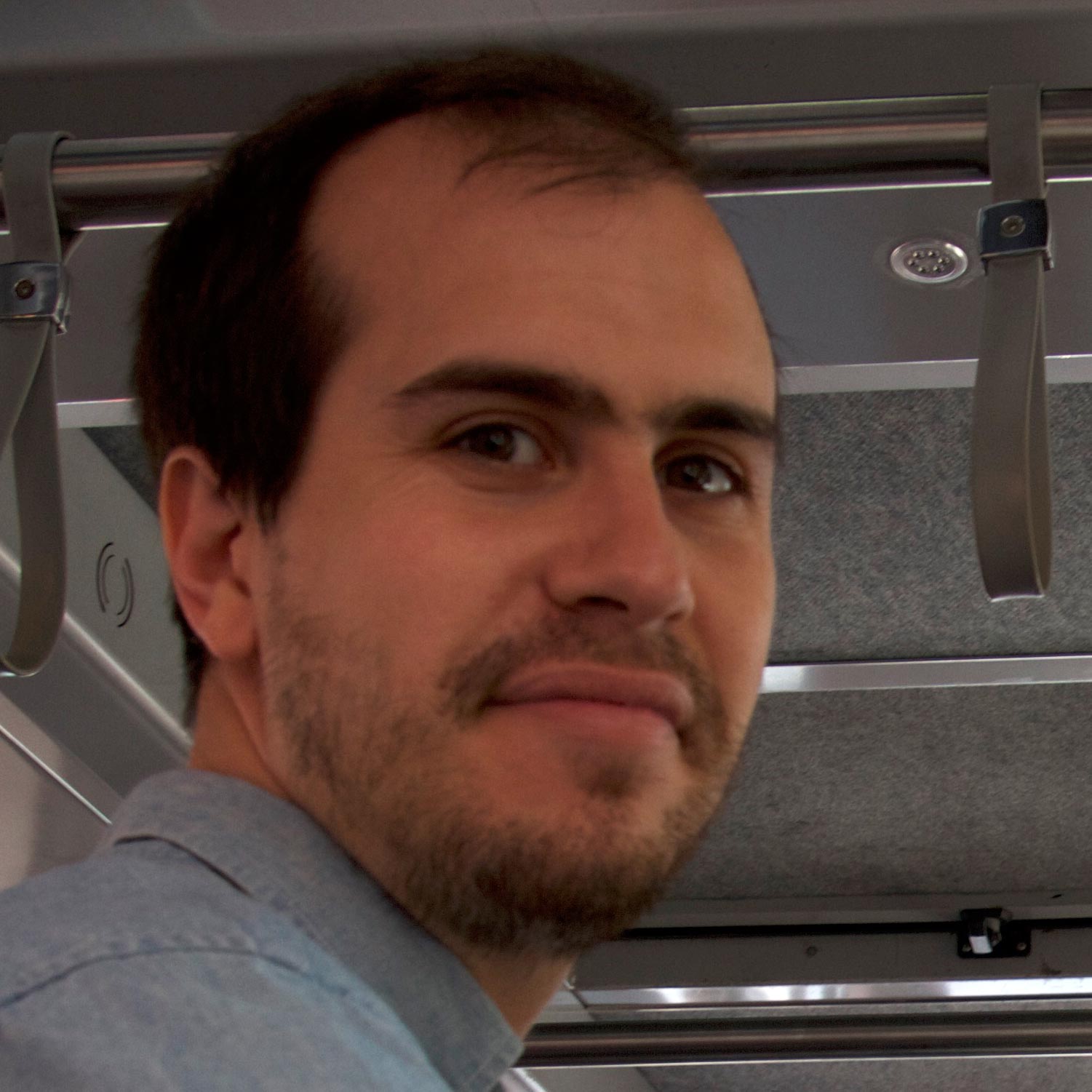 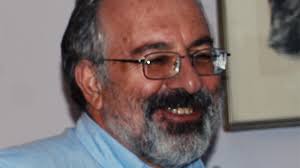