By halting the city’s irresponsible reopening plans, district teachers showed that collective actions work and that teachers and caregivers know what is best for our students and our families. 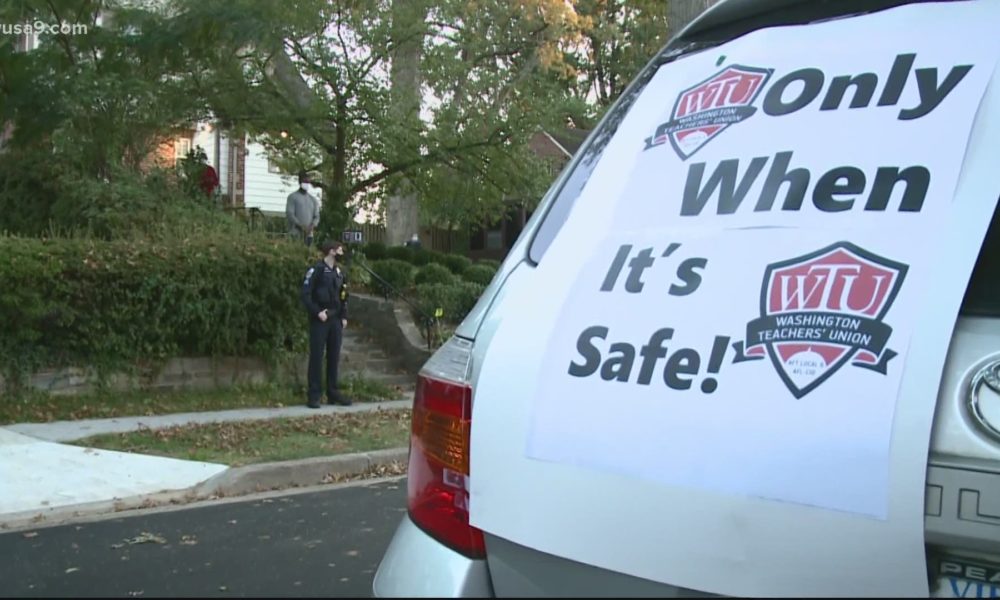 DC Mayor Bowser and Chancellor Ferebee have halted their plans to return to in-person teaching starting  November 9. The announcement came after thousands of public school teachers in the city participated in a coordinated mental health day sick-out. At 7 AM teachers from all around the city called their schools to take the day off, cancelling lessons across elementary, middle school and high schools. By 9 AM the media reported that the mayor was putting a stop to reopening plans until further notice.

Some of the main complaints among teachers were the lack of transparency around preparations to make sure that buildings were safe and ready for returning staff and students. The DCPS plan would have also meant re-organizing all classrooms, disrupting the little normalcy and sense of community that educators and students have built.

The union representing teachers, the WTU, presented a Memorandum of Understanding with 35 points to be met by DCPS, but despite weeks of negotiations, DCPS has refused to sign it. The administration was particularly opposed to the right of teachers to potentially opt out from in-person teaching.

The action was carried out after online union meetings with large turnout and participation, where members voted for a series of collective actions that started with a mental health day sick-out. Planning any collective action that translates into work stoppage is a reason for termination, but this anti-worker provision didn’t stop the large majority of teachers from participating.

Black and Latino working class families have suffered the highest rates of infection and deaths from Covid-19. At the moment, rates across the country are rising. Many have said we are entering the pandemic’s 3rd wave. Why would DCPS choose this moment to expose so many students and teachers to so much danger and risk their lives?

The mayor claimed that she wanted to put special education and the poorest students back in classrooms. However, many of these students are members of communities already at high risk for Covid-19 infection. Her plan would expose those most vulnerable to even more danger, by placing them in crowded, unsafe classrooms. Further the District has shown a general lack of concern for poor students. DCPS has insisted on standardized testing and the infamous anti-teacher IMPACT system of teacher evaluation, instead of students’ actual success.

The chancellor and the mayor had eight months to come up with a holistic plan to support students’ learning at home with expanded access to meals, internet and devices, and affordable housing. However, instead of student-centered solutions, they continue to create more obstacles and unsafe conditions for students, teachers, and their families.

This crisis is making clear that the district has followed a path focused solely on business interests. The working class in the city has been pushed out of historically Black and Latino neighborhoods due to increased housing costs and gentrification. The lack of affordable housing makes it difficult for families to isolate in order to avoid getting sick. Meanwhile, massive job losses in the district have led to workers losing benefits and access to health care, putting them and their families in even greater jeopardy of illness and death.

Students and teachers cannot pay for the city’s shortcomings. By halting the irresponsible reopening plans, district teachers showed today that collective actions work and that teachers and caregivers know what is best for our students and our families. Only our continued organization and mobilization can keep us safe.