Workers at the Hilton Stamford Hotel voted overwhelmingly today in favor of forming a union. With 110 for and only five against, it was a great victory for workers power and a better future for over 120 workers. 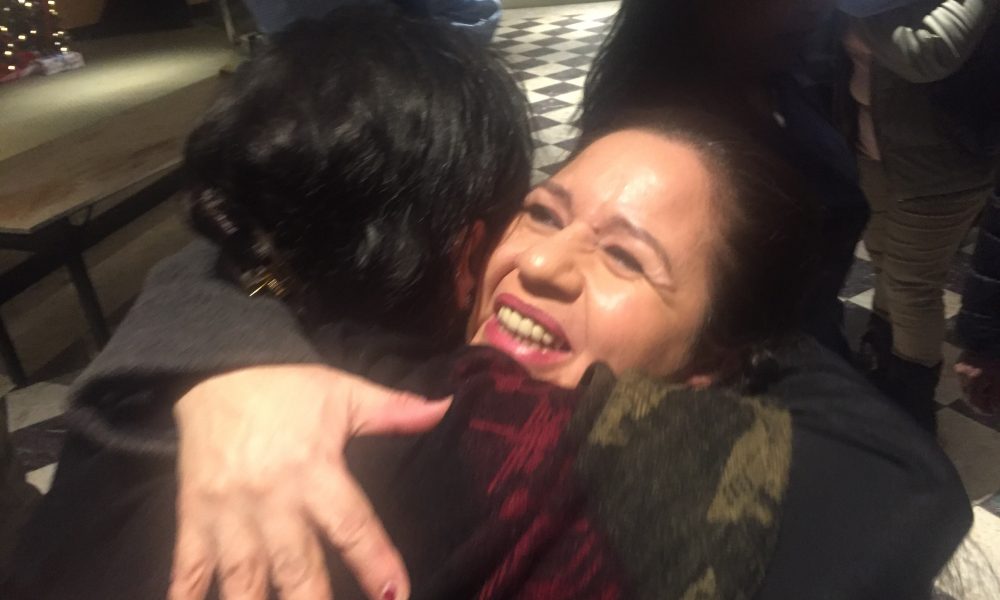 On Monday, Dec. 4, workers at the Hilton Stamford Hotel voted overwhelmingly in favor of forming a union. With 110 for and only five against, it was a great victory for workers’ power and promises a better future for over 120 workers.
For three weeks since the march for union recognition on Monday, Nov. 13, the workers of the Hilton have stayed on the offensive, with daily lunchtime delegations against the boss. They have brought to bear support from workers and students from throughout the state, the country, and internationally, and have more than weathered the storm of management’s anti-union campaign. And this was no amateur fight; management flew in union-busting lawyers like President Trump’s anti-union specialists Cruz and Associates to try to squash the union drive.

In the final week alone, it’s likely that Atrium Hospitality, the company that runs the Hilton Stamford, spent over $1 million flying in union busting managers from around the country, comping meals, and putting them up in suites. Still, the workers countered every lie and promise and stayed strong in the face of threats.

Housekeepers, cooks, banquet servers, bellmen, maintenance workers, and front-desk associates were relentless in shutting down meeting after meeting that tried to intimidate and pull workers away from forming a union. In a final pathetic attempt to win the sympathy of their workers, Atrium sent letters to their homes apologizing for their behavior, and begging for a second chance. The workers immediately recognized this sad last attempt to trick them. All of management’s efforts could not stop the workers from voting yes!

And so, on a cold Monday morning dozens of Hilton workers gathered on the corner of Greenwich Avenue in Stamford, Conn., and walked silently together in all their marvelous solidarity to vote. From the size of the crowd at 6 a.m., the outcome was clear. At 5:30 p.m., all the votes were tallied, and the outcome was official.

You may be interested in What Will It Take to Beat the Bosses at the Hilton Hotel?.

The vote, though, is just the beginning. The struggle continues with the fight for a strong contract. But it can be assured that no longer will housekeepers clean nearly 40 rooms for $11 an hour after decades of backbreaking work. Banquet staff without health insurance will have health care with company contributions after years of going without. Servers will not cut fingers helping the always understaffed cooks prep food while both wash dishes to keep up with room service orders and a full restaurant. Engineers will be properly trained and properly paid, and the front desk will not have to be everywhere at once just to keep the guests from leaving and never coming back. Bell workers will have the respect they deserve for carrying luggage and driving guests to and fro throughout Stamford nearly just for tips. And instead of so many full-time workers working two or three jobs to afford to live, there is the opportunity to spend more time with family and enjoy life.

The workers decided to form their union with the help of UNITE HERE Local 217. While workers celebrate their well-won victory and rest up before the next battle, the owners of Atrium Hospitality, representing 12 brands with 49 hotel properties in 26 states, will go to bed Monday night with the stark realization that Tuesday morning they will wake up to the new reality that in Stamford they have been dealt a blow by the might and militancy of the Hilton workers!