VIDEO: Panel on the Left Front in Argentina

At the Left Forum this year, Left Voice organized three panels that raised key strategic questions for the left. This is the video of the panel, “Elections and Revolutionaries: The Experience of the Left Front in Argentina.” 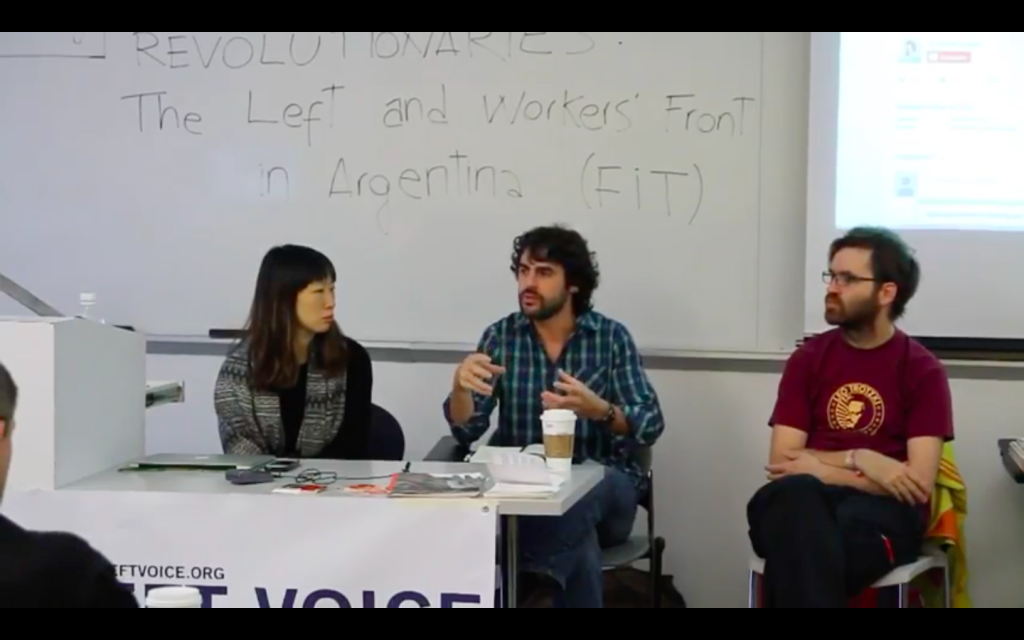 In a year marked by elections, the rise of Donald Trump and the strategic debate around the Bernie Sanders movement, the question inevitably springs up: what’s the role of revolutionaries vis-à-vis elections? What you can we make of elections in the current situation?

The experience of the Left and Workers Front in Argentina, an electoral coalition composed by 3 revolutionary socialist organizations, sheds some light on the subject and helps us draw some conclusions. How did an electoral coalition made up of Trotskyist parties—on a principled socialist program—manage to receive over 1.2 million votes in 2013 and 2015? How do revolutionaries utilize seats won in National Congress and local legislatures and at the same time avoid being incorporated into the bourgeois state? These and other questions were touched on by Left Voice editors Tracy Kwon and Juan Cruz Ferre and Wladek Flakin, a freelance journalist and editor of Klasse Gegen KIasse in Germany. Wladek stressed the contrast between the Left Front in Argentina and the new reformist left in Europe exemplified by Syriza and Podemos, which despite gaining enormous popularity have proven incapable of providing a solution to workers and the poor.