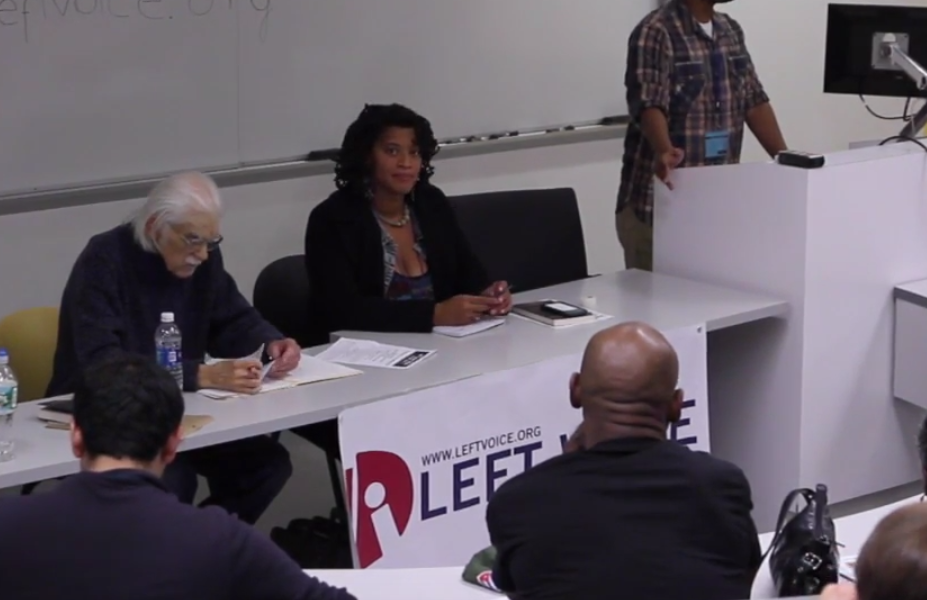 Image and video by WorkersMedia for Left Voice

The talk included three remarkable speakers in a packed classroom. The panelists discussed the examples and need for class-based organizing for Black liberation as well as the need to challenge capitalism and its supporters among the Black political elite.

Left Voice writer and editor Julia Wallace chaired the discussion, joined by Dan Georgakas, author of Detroit, I Do Mind Dying, a renowned historical account of the Dodge Revolutionary Union Movement (DRUM) led by black autoworkers in Detroit in the 1960s. The third featured speaker was Pan-Africanist socialist activist, Benjamin Woods, who hails from Washington, D.C. and is a contributor for the Black Agenda Report.

Together, they discussed the fight against police brutality, the Black Lives Matter movement, Black nationalism, the role of oppressed people and the fight against capitalism. Julia Wallace described workers’ ability to organize and use the strike as a weapon against the police, sharing some important. Last, she drew a clear line between the interests of cops and the working class, advocating for the slogan, “Cops out of our unions.”