Violence against Asian Americans Is Fueled by U.S. Imperialism

Asian Americans are bearing the brunt of U.S. escalations against China. Thousands of hate crimes have occurred in the past year, including yesterday’s misogynistic, anti-Asian shooting in Georgia. 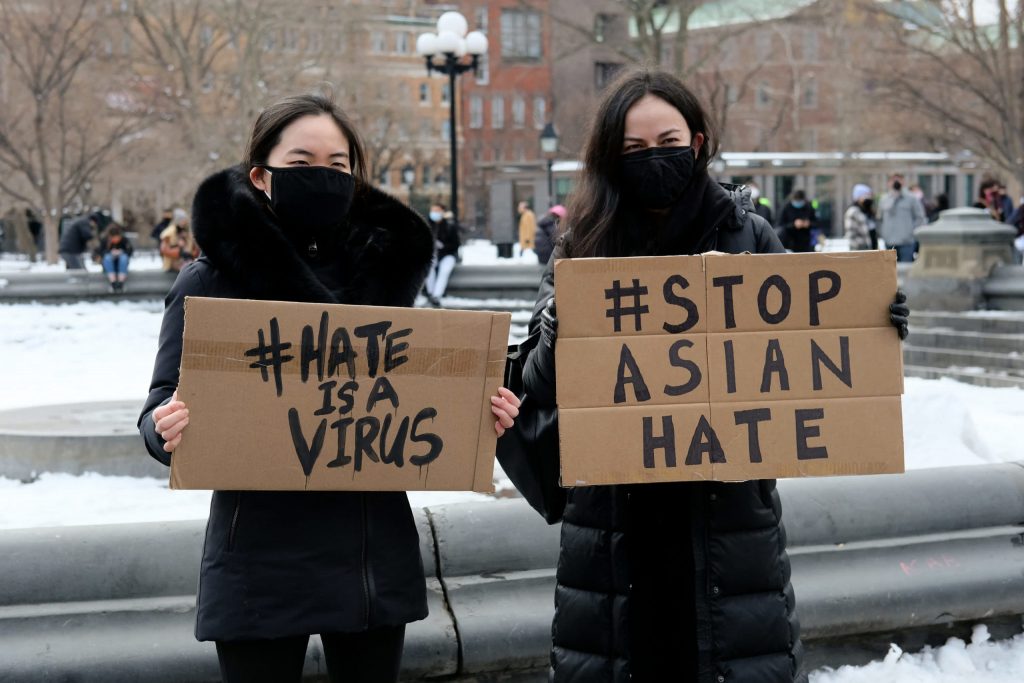 Although there is a long and sordid history of Racism and violence against Asian people in the United States, Anti-Asian hate crimes have been on the rise for several years now, and have only increased since the beginning of the coronavirus pandemic. Largely ignored by the mainstream media, the issue is now making headlines only after the murder of six Asian women in Atlanta. While this rising anti-Asian sentiment has many causes, the United States’ increasingly hostile posture toward China has contributed significantly.

From Trump’s “China-virus” to Biden’s anti-China foreign policy promises, the message from Washington has clearly been that China, and implicitly or explicitly, Chinese people, are the enemy. An October 2020 study by Pew Research Center found that following the start of Trump’s presidency, anti-China views went up by 20 percent in the United States. Since the start of the pandemic, reports of violence and harassment against Asian and Pacific Islander communities rose by nearly 150 percent in major U.S. cities.

The latest and most violent expression of this rising hostility came on March 16, when a  gunman opened fire at a massage parlor in Atlanta, Georgia, murdering eight people, six of whom were Asian women. A recent study showed that there have been 3,800 anti-Asian hate incidents in the past year, which include shunning, verbal harassment, and physical attacks. Asian women have been the primary targets.

The gunman, Robert Aaron Long, started his attack around 5pm, when he killed his first four victims at a massage parlor in the North Atlanta suburb of Acworth. Within the hour he had attacked two more spas, killing two more women at each.

Long claimed his attacks were motivated by his sex addiction, and corporate news outlets have been parroting the claim. This is an absurd argument. Sex addiction does not mean violence towards women. For Long, sex addiction is code for brutal misogynist violence against Asian women. Atlanta’s Asian population is only four percent of the city’s entire population, but 75 percent of Long’s victims were Asian. So his choice of where to enact this brutal violence is not a coincidence.

This attack is also is in line with anti-sex worker violence.  The fact that Long targeted spas is not coincidental. Sex workers are violently targeted for misogynistic violence and often targeted by the police. Sex workers wo are women of color are most targeted. Whether the women working at these massage parlors were sex workers or not, it seems that the perpetrator of the violence believed they were. They were targeted because they were Asian, migrants, and assumed to be sex-workers.

The role that anti-China rhetoric has played in this attack can also not be glossed over. Both parties of capital in the U.S. have played a role in bringing the world closer to great power conflict throughout the 2010s. The Obama administration’s so-called Pivot to Asia, which focused more military resources on the Pacific, followed by Trump’s destructive trade war with China have increased competition between the two countries’ capitalist classes. As is always the case when rival capitalists compete for global influence, the working class suffers the consequences of rising tensions.

While Trump was more flagrant with his racism, using terms like “China Virus,” Biden maintains the position of China as one of the United States’ primary enemies. Biden, like Trump, is a bourgeois politician beholden to the interests of the U.S. capitalist class which is losing influence around the world, while China’s capitalist class expands its influence. For this reason, Biden will continue to double down on antagonizing China. This is apparent in the people he chose to lead his national security team, such as foaming-at-the-mouth China hawks: Secretary of State Antony Blinken and Foreign Policy Advisor Jake Sullivan.

Anti-Asian racism didn’t begin with Trump’s tensions with China. From the Chinese exclusion act to the Japanese internment camps, anti-Asian discrimination has always been part of US history. Further, a lot of Asian immigration to the US is a result of US bombs, invasions and coups that support violent dictators. It is the history of immigration from countries like Cambodia, Vietnam, Korea and more. And while US imperialism destroys the home countries of many Asian immigrants, they come to the US only to be faced with wage theft, discrimination and violence.