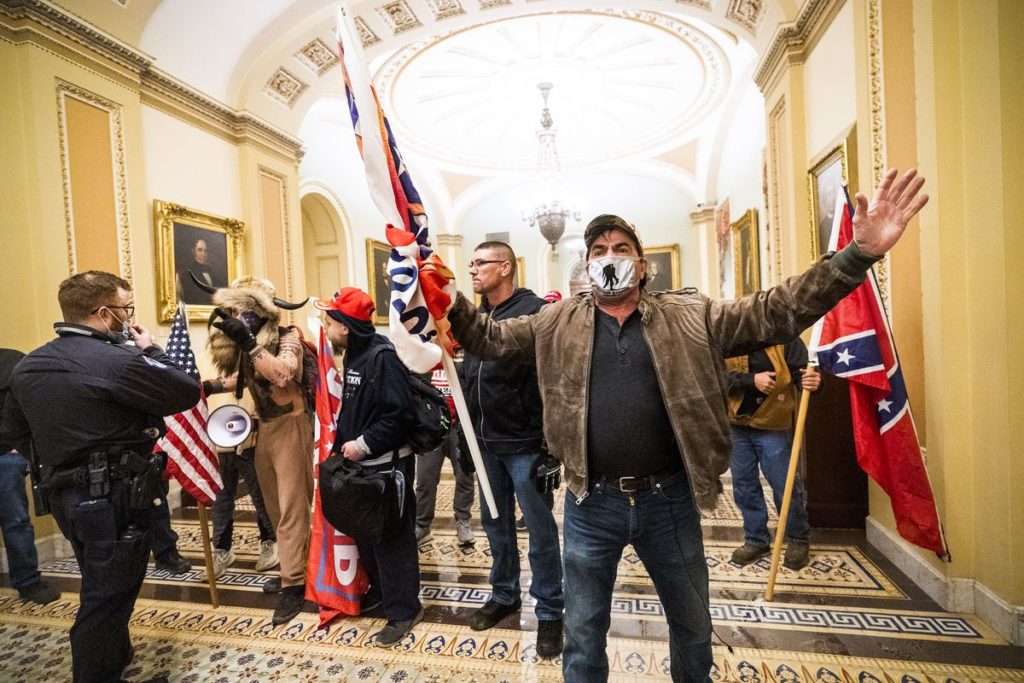 The Far Right, emboldened and egged on by Donald Trump, stormed the U.S. Capitol Building yesterday with little resistance from the police. Their occupation of the Capitol — which came while Congress was in session ratifying the electoral college vote — is a far cry from the tear gas, rubber bullets, and mass arrests which took place during the Black Lives Matter movement last summer. But, this isn’t too surprising: we’ve always known that the cops will treat the Right with kid gloves and even aid and abet them, just like we saw during last year’s anti-lockdown protests and in Charlottesville. What these mobilizations reveal is, once again, that voting and elections won’t defeat the Far Right — especially not when the alternative is the Democratic Party, a capitalist party that helped fuel its rise.

During the 2020 presidential election, figures from Barack Obama to Noam Chomsky to Angela Davis were telling everyone who would listen that voting for Joe Biden was necessary because it would defeat the Far Right forces that Trump has been stoking for more than four years. Many members of the Left bought into this argument and voted for Biden against their better judgement because they wanted to put a stop to Trump’s authoritarian and right-wing tendencies. In some sense, this is understandable — after all, if Trump is the one emboldening this right-wing movement, why wouldn’t getting rid of him help kill it? The events that transpired over the last few days clearly show that this is mistaken thinking. Whether in the White House or out of it, Donald Trump and his far right-wing base will continue to mobilize and play a role on the political stage. In fact, a staggering 75 percent of Republicans believe that the elections were rigged, highlighting the widespread influence of Trumpism. It is naïve to believe that these folks will just go home on January 20th.

You might be interested in: Biden Wins, but the Capitalist Crisis that Created Trumpism Is Here to Stay

Further, the idea that elections can defeat Trumpism misses  that politicians can’t create movements in a vacuum — they tap into existing sentiments and give political expression to them. The global rise in right-wing extremism is a response to the dire conditions created by the economic crisis. The current spike is a more direct result of the decline in living conditions for ordinary Americans over the past few decades, culminating in the 2008 financial crisis, which the capitalists resolved by implementing devastating austerity that robbed millions of social services, education, job opportunities, and health care. This created a deep polarization which had left- and right-wing populist expressions.

In this context, right-wing extremism emerged because it spoke to the despair of (typically) white men. By tapping into the racism that capitalism is built on, right-wing extremism channels anger at the establishment and converts material struggles into xenophobia, racism, and neo-fascism. And Donald Trump was the political expression of this right-wing polarization, strengthening, giving voice to it, and, now, mobilizing it on a larger scale. This movement rallied around Trump because it believed that he represented a challenge to the established order and, now that he has been defeated by yet another neoliberal, it is mobilizing to defend him.

But we should be clear: this rise in right-wing radicalization is a product of the Obama years as well as the escalation in the Trump years. Given this, it is not only incorrect but deeply dangerous to think that Biden’s warmed-over neoliberalism in the midst of a devastating economic crisis will do anything but escalate the problem.

Indeed, the escalations from the right that we saw on Wednesday come less than 24 hours after the Democrats won both senate elections in Georgia and took control of Congress. Trump was defeated at the ballot box in November and then again in January, but the social base of Trumpism is emboldened, not diminished. With Trump out of office, it provides him with a bigger platform to speak to this right-wing base, not smaller, because he will no longer be held back by having to work within the established structures. The “adults in the room” are gone, and full-fledged right-wing populism can reign at Trump rallies, on Trump’s Twitter feed, and the vast network of right-wing media outlets.

So if the solution to defeating the Right isn’t voting for the Democrats, what is?

The way to defeat the organized Right is with an organized Left independent of all capitalist parties. There are no shortcuts, no substitutes for the organizing we need to do. We need to build powerful and militant worker organizations in our workplaces and in the streets that can resist the Far Right, all the politicians who cater to them, and the neoliberal austerity that creates them. This resistance will involve both openly confronting the Far Right in the streets but also using our power as workers to resist them. For example, workers in DC could go on strike to protest the Far Right occupation of the Capitol building, forcing the government to evict them from the streets.

Strong Left organizations are also important because they can fight back the ideological advance of the Right. Many young people are drawn to the Far Right because they believe that it offers solutions to their struggles. If there were Left organizations that were putting forward a strong message against both the Far Right and neoliberalism, it could help to prevent some of these people from being drawn into right-wing extremism, thus preventing these movements from growing. It is vital in the fight to defeat the Right that we provide a real and meaningful alternative. And for people who become fascists, we agree with Trotsky when he said, “If you cannot convince a Fascist, acquaint his head with the pavement.”

In this, the failure of leftist leaders like Chomsky and Davis becomes clear: not only were they wrong that defeating Trump at the polls would defeat the Far Right, but they also sewed false illusions in Biden. Chomsky and the other leftist leaders who asked us to support Biden told us that he could keep us safe from the Far Right. He can’t — and he won’t. By funneling the energy of the Black Lives Matter movement into support for Biden, these leaders intentionally or not worked to undermine what could have been the foundations of the type of mass social movement we need to protect against the Far Right. Voting for Biden got us further away from defeating the Right, not closer.

History is littered with examples of this. From Franco in Spain to Hitler in Germany, the liberals always choose to side with the fascists over the socialists because fascism is less of a threat to the capitalist order than socialism is. So we can’t be fooled when liberal politicians wring their hands about the rise of the Far Right — they aren’t on our side, and we cannot support them in their elections, even when they are running against a representative of the Far Right. Liberal victories at the voting booth will not defeat the Right — but class struggle and worker organizing will. And given the right-wing mobilization yesterday, it’s clear that we need independent organizing in the current moment. 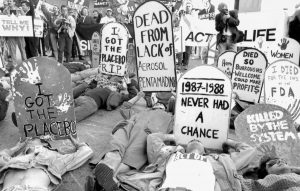