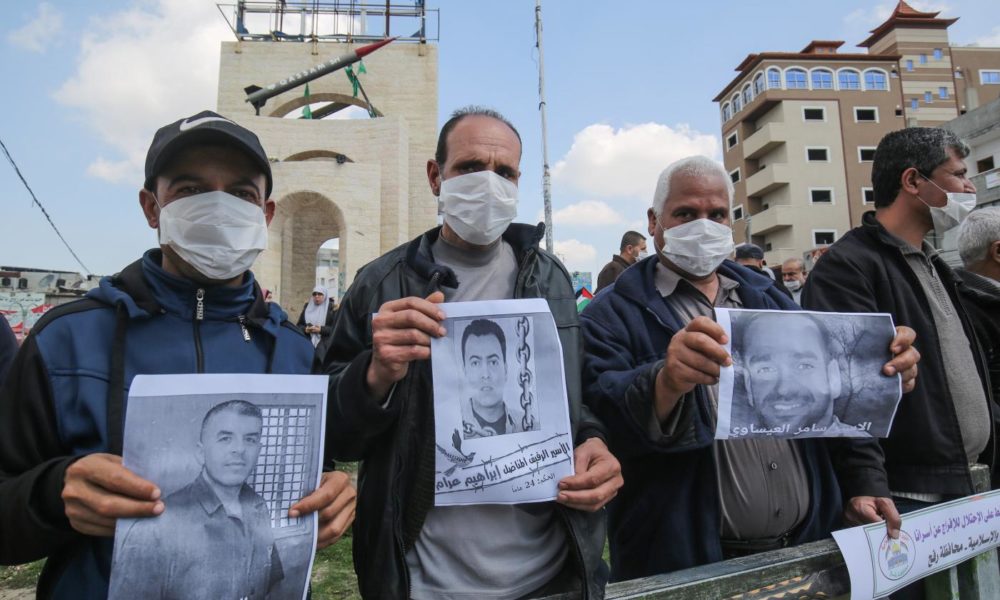 Palestinians, wearing protective masks amid fears of the spread of the novel coronavirus, take part in a protest in solidarity with Palestinian prisoners in Israeli jails, 16 March (AFP)

Ahmad Al Jaradat is a native of Hebron, a Palestinian city located 20 miles from Jerusalem. 80% of Hebron is under administrative and police control  by the Palestinian Authority. The other 20% is occupied by Israeli settlers. Ahmad explains the enormous difficulty people in Palestine face in confronting the coronavirus because of Iraeli occupation. All access to medical supplies, medicines, and other neccessities are controlled by the Zionist state. In Gaza the blockade is making everyday life harder for the 2 million people who live there. . “[They] have been under siege for a long time — twelve years up to now — which has affected efforts to face the virus at this moment. This has made the people and political parties there raise many alarms in the last days and weeks,”  explains Ahmad.

Due to the virus’ high infection rate, a major concern among Palestinians and international human rights organizations is the treatment of Palestinian prisoners in Israeli jails. Ahmad explains: “There are about 6,000 prisoners in different Israeli jails and these prisoners are living in crowded rooms and so far the Israeli occupation has not dealt seriously with the problem of the virus. They have not taken any measures, no limits, no procedures to protect the prisoners from the virus.”

Both the Palestinian Authority and various political and social organizations in the region are calling for the release of individuals over 50, children, and women. So far Israeli officials have not responded to this demand. In a show of global solidarity, several countries from the Middle East, Europe, and Jewish youth sectors in the United States have started a campaign to have Palestinian prisoners released.

Last Sunday, Ahmad sent La Izquierda Diario another video, denouncing the preventable death of a prisoner. On Wednesday, April 22, a young Palestinian prisoner,  Noor Jaber Barghoutti, died while serving an 8-year sentence for throwing a stone at a member of the Israeli army. He was only 23 years old. Noor was showing symptoms of infection, but the guards at the prison refused to help him. “Noor was unconscious, the Palestinian prisoners immediately notified the Israeli prison authorities to take him to a hospital, but the Israelis took half an hour to do anything.”

Noor’s family and fellow prisoners are alleging Israeli medical negligence. Even a pandemic will not stop Israel from its imperialist project to conquer Palestine and oppress Palestinians in order to make a profit.