We Fought Trump, Time to Fight Biden Too

At long last, it has been announced that Joe Biden has defeated Donald Trump for the presidency. While none of us will be sad to see Trump go, Joe Biden and Kamala Harris are no friends to the working class and the oppressed. 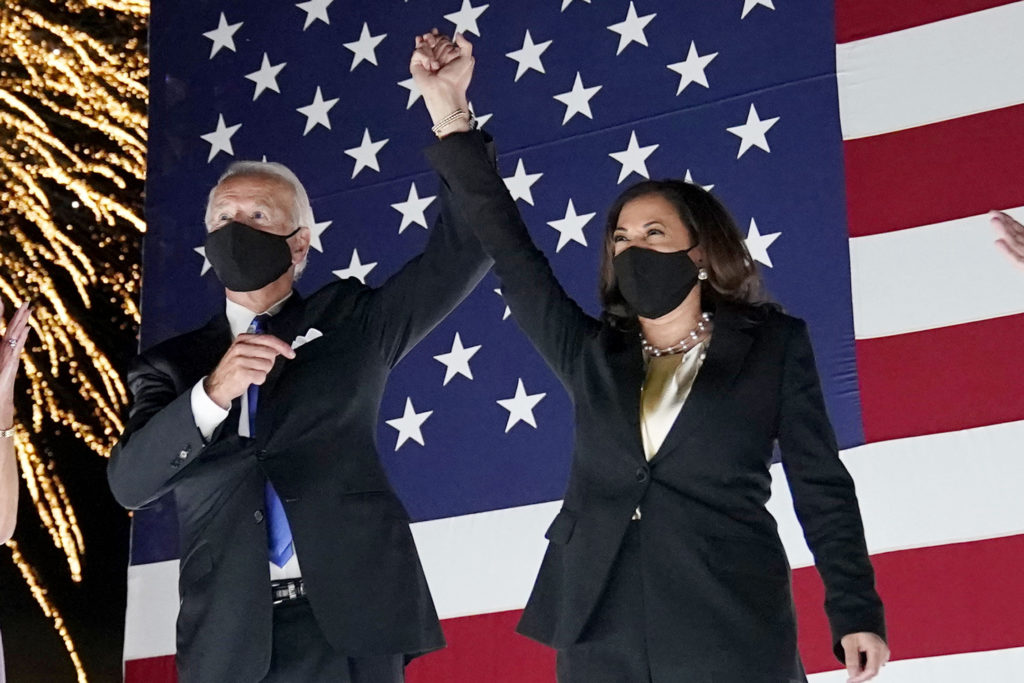 After five days of Election Day, five days of counting votes, five days of CNN electoral maps, and five days of learning about every single county in Pennsylvania and Georgia, the United States has it’s newest imperialist in chief: Joe Biden.

Some will celebrate Trump’s loss as a victory for democracy. This is the line that cable news has been trotting out for days: that this election shows the strength of the American democratic process and that even as Trump went on Twitter to undermine the validity of the vote, the strength of our institutions rose above, counted all the votes, and showed the would-be authoritarian the door. And some liberals and leftists are claiming that this is a victory for the oppressed. Neither is true.

On the contrary, this election is a show of a lack of democracy. It was clear on Election Night that Biden would win the popular vote, and yet the racist, undemocratic electoral college kept everyone waiting for the results. And that’s not to mention all the other undemocratic aspects of U.S. democracy, such as the undemocratic Senate and the fact that many immigrants and incarcerated (or formerly incarcerated) people can’t vote.

Despite the fact that the race has now been called by every major news network, including Fox, Donald Trump has not conceded defeat, and he has filed several lawsuits attempting to contest the election. Many of these have been dismissed, and the ones that remain are unlikely to impact the final outcome. Indeed, when all is said and done, Biden’s margin of victory in the electoral college will almost certainly present too high a hill to climb for Trump’s legal challenges.

But this isn’t an all-out victory for the Democratic Party. Despite vastly outspending the Republicans, the Democrats lost seats in the House of Representatives, are unlikely to win control of the Senate, and eked out the presidency only by a few percentage points — not the 8 or 9 point landslide the pollsters promised.  More people voted for Donald Trump this election cycle than in the previous one.

In other words, despite a pandemic, an economic crisis, and massive social unrest, Trumpism seems to have survived the election, even if Trump has not. Despite being supported by everyone from Wall Street to leaders of Black Lives Matter to sectors of the DSA leadership, Joe Biden and the Democrats did not put up a resounding victory. The country is polarized, and as we argued in the past, it was a close race between whether right wing populist rhetoric or “back to normal” neoliberalism would be the best response to the current moment of economic, social, and political crisis.

Already there are celebrations around the country. But as nice as it is to get rid of Trump, working people have nothing to celebrate about Biden’s win. How can we celebrate the racist segregationist whose response to police violence is “shoot ‘em in the leg”?  How can we celebrate the author of the explicitly racist 1994 crime bill, or one of the major actors in whipping votes for the war in Iraq?

No. This is not a win for working class people.

Some will argue that having Kamala Harris as the Vice President is a victory. After all, she will be the first woman of color to ascend to such a high position of power. Indeed, the fact that she could make it all the way to the White House is the result of years of struggle for civil rights and equality. However, representation isn’t liberation. Kamala “Top Cop” (in her own words) Harris has not used her career to fight for the rights of the most oppressed and exploited people in the country. Instead, she’s locked them up in prisons.  Despite being a Black woman, despite the historic nature of her rise to the White House, she isn’t on our side.

Joe Biden is going to use his presidency to “resolve” the economic crisis on the backs of the working class, just as he and Obama did in 2009, bailing out Wall Street but doing nothing for the working class. He’s going to try to resolve the economic crisis as American imperialism always does, with greater exploitation of the global working class, seeking more advantageous trade relations with other countries and otherwise increasing the imperialist exploitation of semi-colonial countries.

Another Oppressor is about to Take the Reigns of Power.

“Our long national nightmare is finally over,” millions of people are saying to themselves. “Now we can finally get back to the way America ought to be,” Joe Biden and the Democrats will say. Liberals say that Joe Biden is the solution, but even some socialists are saying Joe Biden is part of the solution.

The problem is that no capitalist is the solution, and we shouldn’t give anyone illusions that they are. Because the problems that plague us are far, far greater than any one person. The reason we are in the middle of a crisis right now is not merely that there is a deadly pandemic but because the fundamental way we’ve organized our society does not allow for us to address it. Capitalism is the crisis. Capitalism has always been the crisis. And so, no capitalist will ever be able to get us out of it.

Sure, Trump with his vulgar behavior, explicit white supremacy, and erratic tweets will be gone, but the system that created him, supported him, and empowered him will still be very much alive and well. We are still in a crisis of historical proportions, and Biden just got elected by promising his ultra-rich donors that “nothing will fundamentally change.” In fact, just as Trumpism grew as a right wing response to the crisis of neoliberalism under Obama, another, worse right wing populism could grow from the crisis of neoliberalism under Biden.

Among the pro-Biden left, there was a generalized agreement: elect him and then protest him. This strategy is limited by what we are already seeing: millions of people are taking this not just as a win, but as the conclusion. Our role as socialists is to fight all illusions in the Democratic Party, both before and after the election. It’s to counter the union bureaucrats and non-profits who  want us to get out the vote for the Democrats, misleading us to believe that our only power comes in voting for the lesser evil. Our role as socialists is to stop the vampire-like relationship the Democratic party has with social movements, sucking the life out of us and discarding us when they are done.

The task ahead of us is clear but difficult: we must use the desire for change that millions of people have clearly demonstrated to organize ourselves as the working class to fight the root cause of our oppression. We must organize ourselves in our workplaces, in our movements, and in our communities to create a national and international organization that can link our struggles in order to resist the coming assault on working people.

Finally, our role as socialists is to say that working class and oppressed people are strong: strong enough to run all of society, to crush the right, and to crush neoliberalism. It’s to provide a political perspective against the two parties of capital, as well as against the entire undemocratic U.S. regime. It’s to fight for real democracy through a workers government. Only the working class and the most oppressed have the power to create that.