On the 12th day of protests sparked by the murder of George Floyd, thousands of educators, students, parents and families gathered at the offices of the United Federation of Teachers for a “NYPD Out of Schools” rally organized by the UFT’s opposition caucus, the Movement of Rank and File Educators, as well as several other student and community groups such as CUNY’s Rank and File Action, Dignity in Schools Campaign, Teens Take Charge NYC, and more. Neither the UFT, the union that organizes NYC teachers, nor the PSC, the union that organized CUNY faculty and staff, agreed to sponsor the action.

As I made my way to the UFT building from the subway at 11 am, I met a paraprofessional for whom this was her first march. “I support the movement, but this is the first time I’ve been out,” said the woman, likely in her late 50’s, as we figured out how to get to the meeting spot in the very unfamiliar Wall Street area. As we reached the UFT, thousands of educators and families holding homemade signs waited for the march to begin, listening to speeches and greeting familiar faces. Many signs read “Black students’ lives matters”— which was also a consistent chant from educators who know the brutality and racism that Black students face on a regular basis.

A main theme of the march was undoubtedly “Defund the police,” which has become a rallying cry all over the country. This particularly resonates with teachers, left to work in underfunded, under-resourced and over crowded schools. Many signs read “Counselors, not cops” and “Fund Schools, Not Cops.” One of the major chants of the protest was “We want books, not cops.”

And the demand for funding isn’t new. Since 2017, teachers, overwhelmingly women, have been at the forefront of class struggle, demanding greater funding for schools— starting with the West Virginia teachers strike and followed by Oklahoma, Arizona, Oakland, LA, Chicago and more. In Oklahoma, teachers went on strike not for their own raises— which they won with the mere threat of a strike, but for increasing the education budget, which has been slashed by over a decade of austerity started by Democrats and deepened by Republicans. I was in Oklahoma for the teachers’ strikes, and countless signs spoke to the fact that there was always money for prisons, while there was never money for schools. It’s a theme of teachers’ strikes all over the country: why is there always money for the repressive mechanisms against working class Black and Brown students, but never enough for books or guidance counselors? These teachers who mobilized at the march see first hand how policing harms their students, the way they harass students and escalate normal teenage interactions.

In this sense, teachers are in a unique position. They are part of a waged sector of the social reproduction of society, the mechanism through which society maintains and reproduces workers. In this sense, teachers are waged workers that have strong connections to the community and to families, as they play the role of childcare and producing diligent workers and trying to fill the gaps in the students’ needs that the state has refused to fill. Teachers see kids struggling with homelessness, with not enough to eat at home, with moms and dads locked up by cops or deported by ICE. All of those pains and angers are in the classroom. While some teachers undoubtedly are the ones who actually call the cops on students, the teachers’ movement as a whole has shown itself to be on the side of students and on the side of a quality education for all kids. In fact, in Chicago, teachers even took up the fight against rising rents in their community when they went on strike. And now, teachers are starting to mobilize against police violence, demanding the defunding of the police and to get cops out of schools.

As the march left the UFT and wove it’s way through the streets, protesters chanted the names of victims of police brutality, focusing on George Floyd and Breonna Taylor. They chanted “Black students” and “Trans Lives Matter.” The march was led by Black and Brown youth holding a banner that read “Sistas and Brothas United.”  Other prominent banners were a large pan-African flag that read “Educators Believe Black Lives Matter” and another that said “Teachers Say Defund the Police!”

Other signs spoke out against DeBlasio, with a few “DeBlasio Resign!” One teacher said, “DeBlasio has been atrocious on the topic of police brutality. He’s let the NYPD dictate how they are running the city”– referring to the last week of beatings and abuses by the NYPD, especially after curfew. In this spirit, one of the chants repeated in the march and rally was “DeBlasio, what do you say, how many kids did you jail today?”

The march reached the steps of Tweed Courthouse, with people spilling to both sides of the sidewalk. Organizers directed participants to keep the road clear. When cars and busses passed by, drivers nearly always honked their horns in approval, raising their fists out of the window and showing solidarity. The crowd went wild every time.

The march then became a rally with powerful speeches from youth, as well as educators and family members. As teachers, we all know how powerful our students can be. We see them shine in the classroom— we see that sometimes, they reach to the depths of their pain and express truth about themselves, their communities, and the world. It is beautiful and heartbreaking to witness.

And that was what Black and Latinx youth did at the rally.

She went on to say “The history we are taught is whitewashed and twisted with lies… When they teach us Black history in schools, slavery, civil rights, peaceful protest. Emphasis on the peaceful part. Peace is the best way. The only way…. Scared to teach us how our ancestors rebelled and organized. Teach us peace instead. Peace…Shove peace down my throat to tame the fire in my heart and soul. Stop!”

As she spoke, I was reminded of the words of Black socialist revolutionary CLR James in 1939: “The only place where Negroes did not revolt is in the pages of capitalist historians”— and no, it wasn’t “peaceful.”

One young person spoke about being handcuffed by the police his freshman year for cutting class in the locker room. “They told me it was because I was deemed dangerous. What is dangerous to them is that I’m a young, Latino queer.” At this, the crowd clapped and clapped and clapped: countless queer youth of color feeling represented, countless queer teachers remembering our own struggles and the bravery of saying such a bold statement to thousands of people, and thousands of people so proud that this youth emerged from such brutal criminalization a proud young Latino queer fighter.

A young Black woman reminded the crowd of the Black women who are also victims of police violence. She said, “The very skin we were born in gives us a time limit. That as a Black woman my name won’t be remembered. Breona Taylor Sandra Blanda, Atatiana Jefferson, Ayanna Money Stanley Jones… and me. The only difference between them and me is that I am here and they are not… And there are so many more names that have been abandoned.” She is one of many Black women pushing to say that Black women’s lives matter; to remember the names of the Black women murdered by police violence and to fight in their honor so that no more lives are taken by police brutality.

Another speaker, just a sophomore, spoke about the connection between ICE and the cops. He said, “I come from a low income community of immigrants. Hard working immigrants. Immigrants with dreams. Immigrants with pride. The cops always see us as potential criminals, not as human beings. The same cops who are in our schools. It’s an institution originally created to hunt down slaves…. And ICE is the equivalent of the NYPD.”

All of the youth spoke out against the under-funding of schools, and particularly the current NYC budget. One youth said, “A budget that puts police over students is a racist budget and should not proceed.” They went on to say,  “My school was not equipped with a social worker. My guidance counselor had a huge caseload. And we had one campus-wide nurse that had to deal with over 1,000 students. It’s not okay that our students interact with police more than they interact with guidance counselors!”

This rally should only be the beginning: the beginning of unity between students, teachers and the community to kick cops out of our schools. It should only be the beginning of a struggle to increase the education budget, get guidance counselors and nurses. As the possibility of a new Depression looms, teachers and students should be ready to take radical actions like walkouts and even strikes to move this demand forward. And, as socialists, we must play a role in our schools and communities to connect the struggle against the police to the struggle against the capitalist system of inequality that the police were created to protect.

As one of the youth said, “If we carry intergenerational trauma, then we must carry intergenerational strength too.” Watching this Black and Latinx youth, it is clear that that is true. And watching the rally, knowing the strength of the teachers strikes that mobilized the entire labor movement of this country, as well as the over 200 strikes of Amazon workers, fruit workers, Target workers, and more in the past few months, I am more convinced than ever of our collective strength to not only defund, but abolish the police and the entire capitalist system. 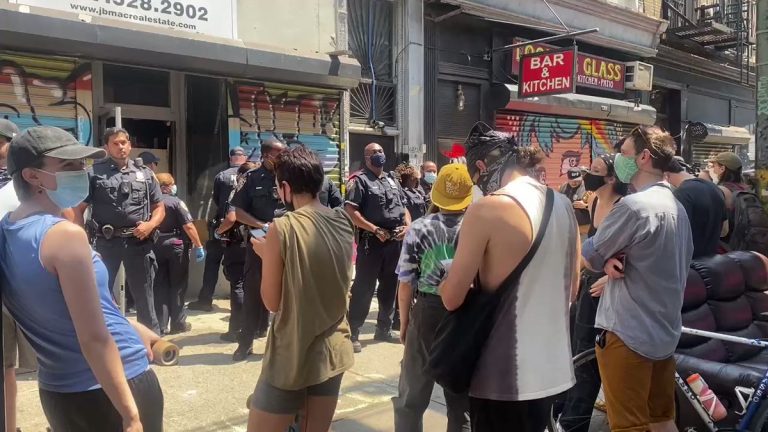 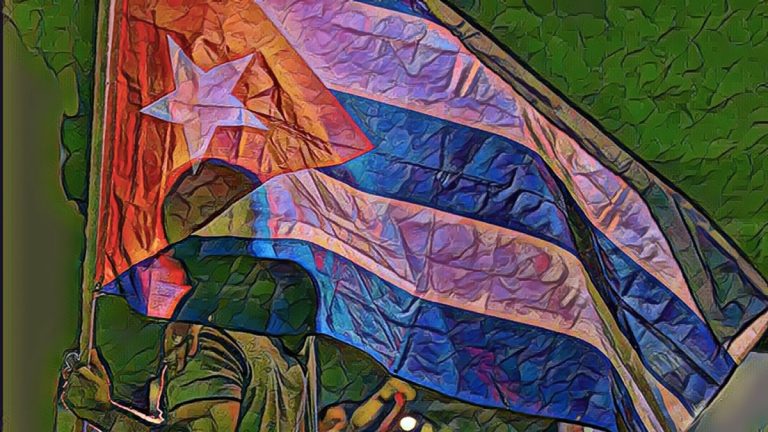 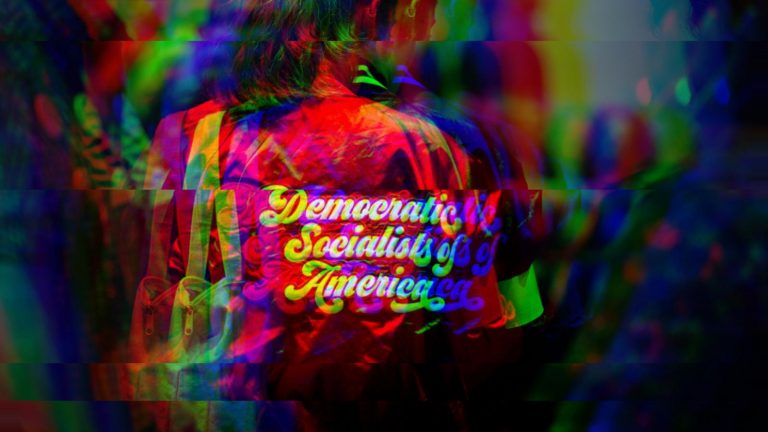 DSA: The Left Wing of the Possible 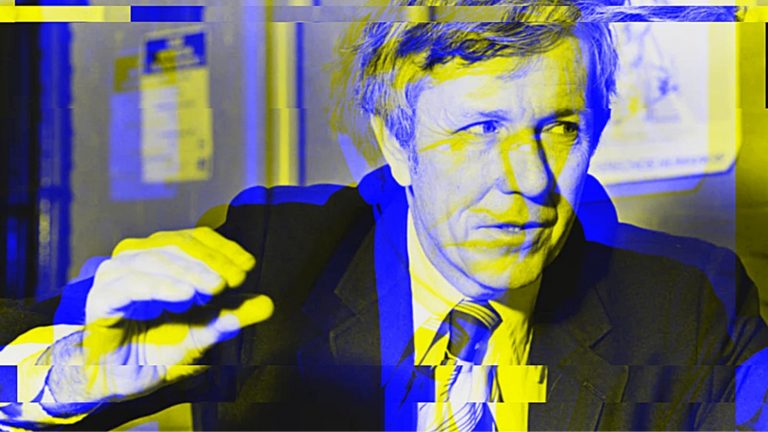