We Won’t Die for Their Profits

The ruling class wants you to go back to work but on whose terms? 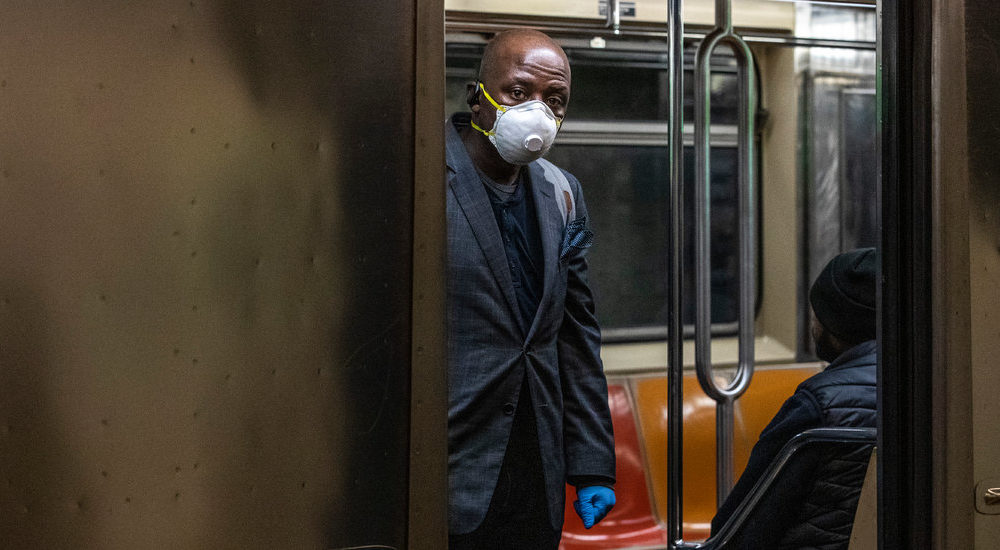 If there is one thing that Donald Trump, Joe Biden, and Andrew Cuomo can all agree on, it is that corporate profits and state revenues are more important than the health and well-being of working people. This has become particularly clear over the last week as all three politicians publicly spoke out, with differing levels of urgency, on the need to “re-open the economy” and return to normalcy. For several days now President Donald Trump has made the case that Americans need to get back to work and signaled that he is prepared to take federal actions, despite complaints from state governors across the country, to open the economy back up as soon as the end of April. Joe Biden, for his part, said that new cases must be significantly reduced before opening back up, but admitted that “reopening the right way will still not be completely safe.” Meanwhile, Andrew Cuomo, governor of the state with the largest number of daily cases and deaths, said he believes the worst is over and “we can start on the path to normalcy.” While none of them offered a specific date, it is clear that the ruling class and its representatives are eager to get back to the regular business of uninterrupted exploitation and profit-making and that the very lives of the working class depend on pushing back against any premature moves to end the quarantine.

This sudden push to reopen comes in the wake of increasing evidence that the original official projections of 100,000-240,000 deaths were likely too pessimistic and that the actual number may be closer to 70,000. The figures coming in from the CDC seem to support this claim as they show that new cases may have already plateaued. However, while the overall evidence does point to a decreasing rate of infection and hospitalization, at least in the short term — thanks almost entirely to strict social distancing and stay at home practices across much of the country — these official numbers may not be as rosy as they appear. First of all, while testing increased considerably around the middle of March, it has not continued to increase at the same rate more recently. Indeed, according to the Global Change Data Lab, testing in the US has remained flat at about 150,000 a day for most of April, meaning that many cases are likely still not being counted and that new infections could still be spreading even within quarantined areas. Likewise, the total number of new deaths may also be higher than the CDC is reporting, since many cases of cardiac arrest caused by the virus may not be counted in the total number of COVID-19 deaths, especially if they happen at home.

Considering all this, there still seems to be room for cautious optimism, specifically with regards to the effectiveness of quarantine and social distancing; yet there is little evidence to suggest that returning to work anytime soon (within the next two or three months at least) is safe. Indeed, as we’ve seen in Italy and Spain, the rate of decline has been far slower than the initial rate of increase. In the US, which is dealing with multiple different outbreaks, the tail of the curve should be expected to be even longer. In both Italy and Spain, for instance, the daily number of deaths and the daily number of new cases are both still more than two-thirds of the peak, despite the fact that they leveled off more than two and three weeks ago, respectively. If we applied that same curve to the United States, we could see upwards of 16,000 new cases and close to 1,000 new deaths per day even three or four weeks from now.

The 200,000 number that Trump threw out several weeks ago looks less likely now; this is good news, but going back to business as usual will certainly change that calculus. If non-essential workers go back to work in the next month or two without a rigorous testing system in place, it is almost certain to lead to tens of thousands if not hundreds of thousands of additional deaths (of mostly Black and brown workers who have already been hit hardest by the epidemic). Indeed, in such a situation, it is possible that the 200,000 number originally predicted will be reached or even surpassed. And if essential workers are not immediately provided the necessary protective equipment they need, new cases will continue to increase and spread the disease for longer, raising the risk of a possible second, more virulent outbreak as happened with the influenza pandemic of 1918. But the uncomfortable fact here is that capitalist production is inherently at odds with the recommendations of healthcare professionals. Business leaders and politicians say they want us to go back to work in order to save the “economy,” but they don’t care about us — they care only about their profits and saving the capitalist system. This is why working people must make it clear: We will not die for their profits and we will not choose between our safety and our economic well-being. This is a false choice entirely dictated by the capitalist class, one that must be rejected.

No Going Back to Normal

Politicians would like you to believe that in a few short weeks or months we will all be able to return to our normal lives. But the fact is there is no going back, not for the virus, and certainly not for the economy, which was already on the verge of a major recession even before the epidemic first broke. The massive unemployment, the retail apocalypse, trade restrictions, and continued austerity suggest we are facing an economic crisis that has no equal in history. The virus and the economic crisis are both here to stay, and they have already radically altered the relationship between capitalism and ordinary working people, who more and more are beginning to question the very foundations of the economic system that has failed them.

The virus has highlighted many of the fundamental contradictions of capitalism — including its inability, despite a world of plenty, to provide working people with even the most basic necessities in times of crisis. Likewise, the complete desperation of the ruling class to get us back to work shows that their profits are entirely dependent upon our labor. In order to deal with the realities of economic collapse, in order to avoid future outbreaks and the massive loss of life they will entail, working people have to seize this moment and insist that we won’t go back to business as usual, not now, not ever.

Obviously the first and most important goal before ending the quarantine is to get the virus under control. It has spread so widely now, thanks to government malfeasance and an economic system founded on competition rather than cooperation, that doing so will be especially difficult. However, with a nationalized and expanded healthcare system, more testing, extended social distancing, and workers control of production, it can be done. To defeat this virus we need to immediately nationalize the entire healthcare system under the control of healthcare professionals, including the pharmaceutical industry, in order to centralize the response to the crisis and prioritize health over profit. But of course we also have to step up our efforts to control the spread of the disease. To do this we must vastly increase the number of tests and allow more people to be able to stay home, whether they are working or not. And we need more and better protective equipment for frontline workers, including doctors and nurses, but also grocery store workers, agricultural workers, supply chain workers, and others whose jobs require them to be in contact with the general population. The package handlers and delivery persons at Amazon, for instance, who are helping millions of people adhere to the quarantine, need to be tested and provided with high quality PPE in the warehouses and outside them. And just as importantly, these workers and other workers across all essential and non-essential industries need to insist on the formation of worker-controlled safety and hygiene committees in their workplaces. These bodies would be tasked with ensuring safe working conditions for all, including economic and safety protections for those employees who, for various reasons — including health or caretaking responsibilities — must remain at home.

If we can halt the spread among essential workers and if others are able to remain quarantined, then we can reduce the number of infected to manageable levels. But the continued management of the outbreak also requires massive investment of a kind that has not been seen yet in the US. This means hiring tens of thousands, if not hundreds of thousands, of workers across the country to help ease the burden on healthcare workers to administer tests, to record test and patient data, to trace contacts, to manufacture and deliver tests and PPE, and to set up testing sites. Those who have been laid off because of the pandemic should immediately be provided such jobs at prevailing union wages with hazard pay and full benefits, including paid sick leave.

But the virus and the economy cannot be separated from each other, since the desperate situation of many workers makes it impossible to contain the current outbreak and avoid future ones. Therefore, we must also transform the economy not only in order to fight the virus, but to guarantee the basic necessities of life for everyone so that no one has to choose between their health and their economic well-being. To do this, workers must demand first that production wherever possible be retooled for the creation of surgical masks, test kits, ventilators, and other necessary medical equipment to fight the virus, but also more broadly for all the necessities of life including food, housing, and transportation — produced for cost, without profit. Second, working people, whether employed, unemployed, undocumented, essential, or so-called “non-essential,” must stand together and demand an end to layoffs, the nationalization under workers control of large firms that lay off workers, and, most importantly, a redistribution of necessary labor hours among all workers who need and are able to work. Those who cannot work, for whatever reason, whether because of infirmity, childcare or other family responsibilities, must be guaranteed wages equivalent to full time work.

Capitalism has always forced working people to choose between their health and their economic well-being, but the costs have never been so great as they are now. This fact only underscores the irrationality of a system built on profit instead of need. The ruling class wants you to believe that we are all in this together, but working people are the motor of society and that’s why it’s working people who must determine when we go to work and on what terms.

Correction: This article was changed on April 16 to more accurately reflect the number of COVID-19 tests performed daily in the United States