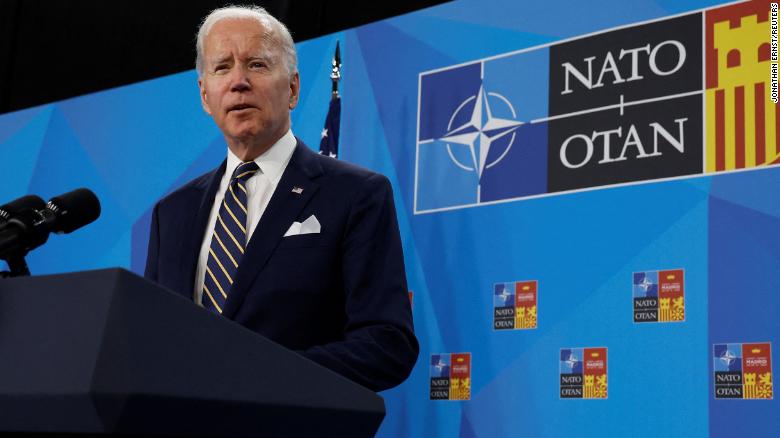 Following the conclusion of the NATO summit in Madrid on Wednesday, June 29, the military alliance announced an expansion of U.S. and Western European imperialist foothold across the continent. One of the most notable developments is that Finland and Sweden have been formally invited to become member states, a move Turkey initially opposed but agreed to at the meeting of the 30 countries that make up NATO.

The United States used the summit to add to its sprawl of more than 750 military bases throughout the world, announcing it would establish a new permanent army headquarters in Poland. So much for “human rights”: Polish president Andrzej Duda has called LGBTQ rights an “ideology” worse than communism and has waged an aggressive campaign against the country’s abortion rights movement. In addition, the United States is deploying more troops, ships, and planes to Europe, even as Biden claims that workers in the United States will have to endure an inflation crisis exacerbated by the war.

It is clear that the United States and NATO countries are all in on escalating the reactionary war with Russia at great economic cost to workers in all the countries it touches directly or indirectly, including in the Global South where hunger is on the agenda as Ukrainian wheat exports come to a halt, and at the cost of tens of thousands of lives of Ukrainians and Russians both on and off the battlefields. And why not? Analysts across the globe have been saying for the last month or so that the United States — meaning its ruling class — is “winning” or will be the “ultimate winner” in this proxy war with Putin’s regime.

Another development from the summit is that NATO listed China as a security challenge and the military alliance will be focus on the “serious challenges it represents.” Military competition with China in the Asia-Pacific has already been the main focus of U.S. imperialism for several years, but the NATO consensus is new and shows how the United States is using Russia’s invasion to attempt to restore U.S. hegemony.

The plans for base expansions and the rearmament being undertaken by countries such as Germany also raises other threats. Activists in Germany were attacked by police for protesting the recent G7 summit. These attacks are not limited to protesters against the war. As these imperialist states place greater emphasis on expanding their power internationally, we can expect them to use greater repression against all domestic opposition and instability. Since the U.S. Supreme Court stripped away the right to an abortion, protesters in the United States have also been attacked by cops.

The capitalists of NATO countries, the United States, and Russia will continue to double down on their brutal bids for control over Ukraine, killing as many people as they need to in the process. The stakes for the Ukrainian people are especially grave. Russia’s reactionary invasion has targeted civilian populations, flattening entire towns, destroying apartment buildings in cities, and bombing locations such as theaters and hospitals. The United States and NATO offer no hope for Ukrainians, though; their less direct intervention is part of an intentional strategy that uses the pro-Western Zelenskiy regime and the Ukrainian state to control and escalate the fighting. Western imperialism’s end goal is to weaken or eliminate Russia as a geopolitical rival, not liberate Ukraine from oppression. It sees the country as an important buffer to Russian expansion and as a source of profits for U.S. and European companies. And, of course, war itself is always a profitable business for capitalism.

Workers do not need this war. Workers always bear the brunt of war, whether in the direct line of fire or as collateral damage from how capitalism uses war for its economic and political interests.

We cannot allow this war to go on. In every country where it’s possible, we should be working hard to halt and even sabotage the war efforts of our own countries or those using our countries to “pass through.” In countries across the globe, workers have taken various types of action: withholding labor, protesting, making it impossible to move equipment, and so on. This war feeds our higher costs of living and the attacks on our democratic rights in the United States and communities internationally.

There is still a need for an international anti-imperialist movement against this war that says clearly: No to war and imperialist rearmament! Russian troops out of Ukraine! U.S. troops out of Europe! No more NATO imperialism!