What Is International Women’s Day?

“Why is there no Men’s Day?” “Women’s Day should be every day.” “Buy your girlfriend flowers.” “Aren’t we getting any presents at the office?” “It’s not a day of celebration but of struggle, because it’s the day we remember the women workers who died in a fire.” “What fire?” Here, Andrea D’Atri explains the real history behind International Women’s Day. 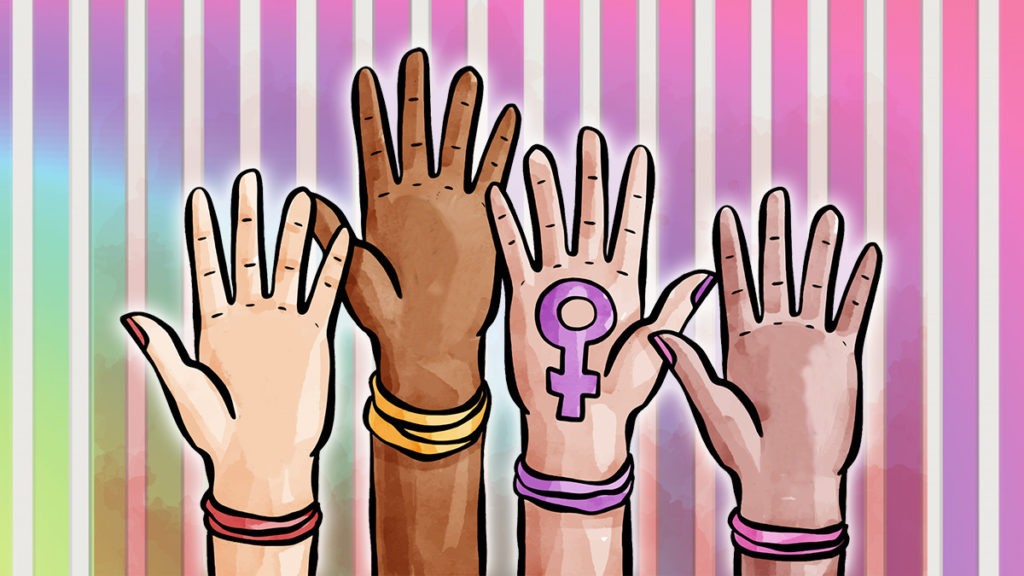 A lot is said about International Women’s Day. The truth is that it was originally associated with a political campaign. The campaign was proposed by the women delegates to the National Convention of the Socialist Party of the United States, held in 1908, in favor of women’s suffrage. They proposed that the last Sunday of February 1909 be designated Woman’s Day and that rallies be organized to launch the campaign for women’s right to vote.

The following year, in 1910, the Second International Socialist Women’s Conference was held in Copenhagen, where the main topics of debate were women’s suffrage, social protection for motherhood, and the need to strengthen ties between socialists from different countries. At that conference, German delegates Clara Zetkin and Kate Duncker put forth the following motion: “In agreement with the class-conscious political and trade union organizations of the proletariat of their respective countries, socialist women of all nationalities have to organize a special women’s day, which must, above all, promote women’s suffrage. This demand must be discussed in connection with the entire woman’s question, according to the socialist conception. This women’s day must have an international character and is to be prepared carefully.”

The proposal didn’t set an exact date for that special women’s day. It only suggested that the Socialist Parties of different countries promote the campaign for women’s right to vote — just as the women in the United States had done before — demonstrating that international socialists were at the forefront in the fight for equal political rights for women. It would be called International Women’s Day, using the plural form, to emphasize the global character of the campaign.

On March 19, 1911, socialist women from Germany celebrated International Women’s Day. Socialist women in Sweden celebrated it on May 1. It was not until 1914 that the socialist women of Germany, Sweden, and Russia agreed to commemorate it on March 8. And they did so the following years as well.

But one day, the women sparked a revolution.

On March 8, 1917 (February 23, according to the old Russian Orthodox calendar), Russian women workers commemorated Women’s Day with demonstrations, strikes, and riots for bread and peace and against the Tsarist regime. These actions, which took place amid the hardships brought on by World War I, sparked the revolution that led the working class to seize power eight months later, under the leadership of the Bolshevik Party. “February 23 was International Women’s Day. The social-democratic circles had intended to mark this day in a general manner: by meetings, speeches, leaflets. It had not occurred to anyone that it might become the first day of the revolution.” These are the first lines in one of the chapters of Leon Trotsky’s History of the Russian Revolution.

From then on, March 8 was considered Women’s Day by the labor movement and socialists around the world.

So there was no fire?

According to some websites and certain books, Women’s Day commemorates the day that a New York textile factory was intentionally burned down in 1908. It is said that the women workers had been protesting, so the owner locked the doors of the factory and set it on fire, which resulted in the deaths of 129 women workers.

However, what’s curious about this story is that March 8, 1908 was a Sunday, and none of the newspapers reported on a fire, as they usually did, since accidents of this kind were very frequent in those old factories. There was actually a big accidental fire in New York! But it occurred on March 25, 1911, at the Triangle Shirtwaist Company. Many women workers died in that fire. But by then, the German women had already commemorated International Women’s Day, according to Clara Zetkin’s proposal.

Is it true that the left demands that it be called Working Women’s Day?

While the Russian revolution sparked by women textile workers in 1917 gave women many rights that they had never had before, Stalin’s rise to power in the former Soviet Union led to a drastic rollback of these rights. Abortion was prohibited, and the regime began to highlight women’s contribution to the country as mothers and housewives. In the mid-1930s, International Women’s Day became the equivalent of Mother’s Day in capitalist countries, a day on which mothers received gifts and flowers.

And in 1965, the Stalinist bureaucracy declared March 8 a non-working day and renamed it International Day of the Working Woman. It was a cunning move on the part of the nefarious Stalinist bureaucracy: they stripped women of the rights they had gained during the revolution and promoted the patriarchal stereotypes of good women who serve their country by giving birth, but they gave the date a new name that sounded more radical. If the women socialists who had wanted to set a date for promoting women’s political rights had seen this, they would have been enraged.

What’s behind the name?

For many feminist groups, March 8 is a day to fight only for some women’s rights within capitalist democracies. Other, increasingly smaller, sectors still maintain the Stalinist position that women’s emancipation is of little importance in the struggle for social revolution and that it diverts people’s attention from the proletariat’s central battle, which is against the bourgeoisie.

By contrast, as revolutionary Marxists, we recognize that not only women workers, but the broader masses of women, are victims of the inequality, lack of rights, violence, and subordination imposed by patriarchal oppression. We believe that the fact that 80% of the victims of human trafficking networks are women, that many women don’t have the right to choose over their own bodies, and that women earn 30% less than men and make up 75% of the world’s illiterate population are some obvious signs of this inequality. We also highlight the need to eradicate sexism, which is used to divide the ranks of the exploited in this capitalist society.

And we denounce the fact that women’s subordination is legitimized, reproduced and guaranteed by the capitalist system. This is why it’s not enough to demand greater equality in a society that operates on the basis of the deepest inequalities, like the concentration of property and wealth among a handful of families that amass their fortunes at the expense of millions of wage earners, who possess nothing more than their labor and their offspring.

For a socialist feminism, for bread and roses

We thus consider it our essential duty to establish the broadest union possible to promote women’s struggles for the best possible standard of living. But our struggle is not limited to the expansion of formal rights in the narrow framework of capitalist democracies or to the corporate or economic demands of the working class. We promote women’s organization, mobilization, and struggles as part of our fight for a socialist revolution, to put an end to this system of exploitation and lay the foundations for the complete emancipation of women and liberation of humankind.

In this process, we believe that working women — the most exploited of the oppressed, the most oppressed of the exploited — should lead the fight for their own emancipation, convincing their class brothers of the importance of incorporating the fight against sexism in their struggle, and the broader masses of women, of joining their ranks to overthrow the patriarchal capitalist system.

First published in Spanish on March 7 in La Izquierda Diario.