What the Israeli Prime Minister Took Away from Meeting with Biden

The meeting between Biden and Bennet, which took place a day late because of the attacks at the Kabul airport, has given a domestic boost to the Israeli leader. Biden clung to his promise that if diplomacy fails, he will use other means to prevent Iran’s nuclear rearmament. Current disagreements over Palestine were put aside. 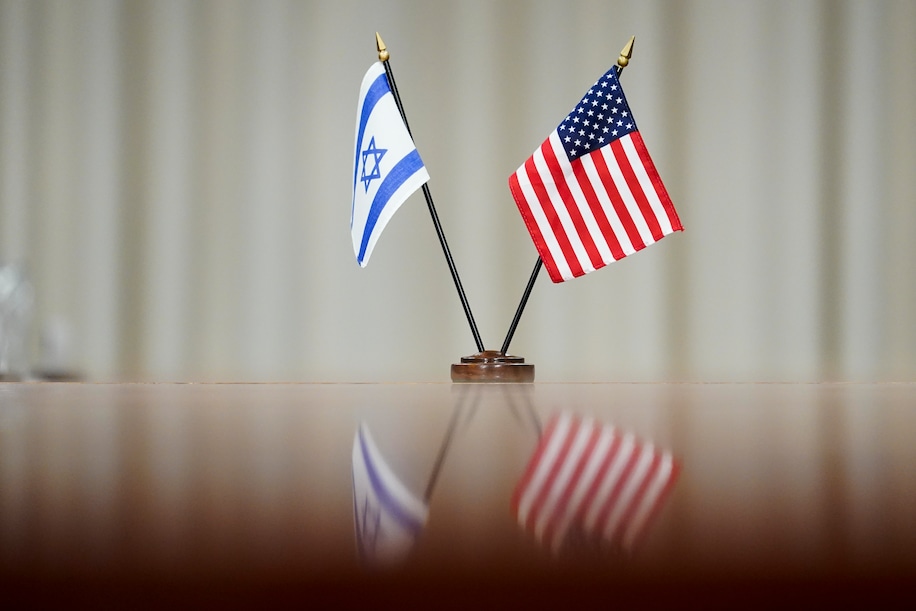 President Joe Biden and Israeli prime minister Naftali Bennett met at the White House yesterday, August 27. It was the most eagerly awaited meeting for the religious ultra-rightist since he ascended to the office of prime minister in June.

The meeting took place at the moment of greatest weakness for the Biden administration, in the midst of the full-steam evacuation from Afghanistan it is trying to carry out after the Taliban seizure of power and Thursday’s attacks in Kabul (carried out by the Afghan branch of ISIS). This withdrawal, already an indication of the failure of the “war on terror,” is an indelible mark of the crisis of U.S. hegemony — which the attacks deepened and made even more evident.

Bennett, representing a partner of the United States in the Middle East, was acutely aware of the situation. After being informed on Thursday that the scheduled meeting would be postponed, he only said, “We await instructions.”

In concrete terms, not much came of the Friday meeting at the White House. Despite the disagreements that Israel has been raising regarding the U.S government’s plan — stalled at the moment — to move forward with reestablishing the nuclear agreement with Iran, after Trump blew it up, Biden reaffirmed his “diplomacy first” approach but added that he was “ready to turn to other options.”  Afterwards, White House press secretary Jen Psaki told reporters that “our first priority is on a diplomatic path forward.” The fact is that with the defeat in Afghanistan and the depth of the crisis, Biden is in no position — at least for the moment — to resort to any other option.

Later, in front of the media, Bennett said what one would expect: “Iran is the world’s number one exporter of terror, instability, and human rights violations.” Referring to Iranian centrifuges spinning, he added, “And we’ve got to stop them.”

Biden also told the Israeli prime minister, “We will discuss ways to promote peace, security, and prosperity for Israelis and Palestinians.” This general statement went hand in hand with the reaffirmation that the United States will continue to support Israel’s “Iron Dome” anti-missile system, which translates into additional aid totaling $1 billion in cash from the United States.

Last year alone, U.S. imperialism funded Israel to the tune of $3.8 billion, part of the $38 billion 10-year commitment Barack Obama made in 2016. It was a 6-percent increase in aid compared to the previous decade. The Zionist state uses most of that money to purchase U.S.-made military equipment.

Meanwhile, Bennett opposes Biden’s attempt to establish a consulate in Jerusalem for the Palestinians, something that the United States has been negotiating with the Palestinian Authority of Mahmoud Abbas. It could calm the waters a little, especially in East Jerusalem where Israel has been trying to expand its Zionist colonization policy. While Biden and Bennett tried to keep this out of their meeting, Biden’s representatives at a later bilateral meeting with the Israeli delegation did raise the issue, but with little success. Nor did it have much success discussing the Israeli colonialist government’s policy of continuing to expand settlements (even those the state itself has ruled to be illegal).

The United States knows that the settlements have been increasing friction with the Palestinians and sees a danger there, especially given how Israel’s bombings in May provoked unity among the Palestinians unlike any seen for many decades — including the high point of the massive, historic strike by the Palestinian working class. There is a new generation of Palestinians who feel very distant from the traditional political leadership, both Hamas — although it is still seen as combative — and, in particular, from the Palestinian Authority, which many young people and an important part of the Arab population in general view as traitorous.

The huge mobilizations in solidarity with the Palestinian people in many European countries, Arabs in other Middle Eastern countries, and in the United States itself is especially concerning. There were even some sporadic actions by workers and unions in support of the Palestinians. Though perhaps in a small way, this shows the potential that actions by the working class, expressing internationalist solidarity, could have to stop Zionist attacks.

The last thing the United States needs now is for the Middle East to heat up again, even as it looks the other way in the face of Israel’s constant repression of the Palestinians and resumed bombing of Gaza.

With his sights set on how to counter the Asian giant, his strategic competitor, Biden reiterated his complaints about the preeminence that China has been procuring in the Israeli economy — not only in infrastructure, such as its work on the port of Haifa, but in other sectors as well. Through its massive investments, China has become a real presence throughout the eastern Mediterranean, from Cyprus to Serbia, passing through the ports of Greece — all advancing within the framework of its New Silk Road.

When it comes to technological infrastructure, however, Israel has been leaning more towards the initiatives of its major U.S. partner. There are some 25 Israeli companies developing various 5G applications, and since the Trump presidency, there have been discussions about how 5G could be a gateway for Israel to advance its technological ties with other Western countries. This is something the United States is eager to see happen as part of countering its Chinese competition.

Bennett presides over a weak governing coalition that includes ultra-nationalist parties and parties of the center. Benjamin Netanyahu, his predecessor, remains a strong figure and retains influence over vast swaths of the right wing. From outside the prime minister’s office, he continues to grind away at the government. Given all this and Bennett’s need to strengthen his political standing, it’s no wonder he was so keen on having this White House meeting.

Biden knows very well that Bennett is a prime minister with an expiration date. Given the agreement that created the government, another partner in the coalition, Yair Lapid — the current minister of Foreign Affairs — will become prime minister. Both men have been doing a careful balancing act to keep the coalition together. But it is Lapid who has been negotiating with the Arab states as part of the “Abraham Accords” that Trump had promoted in an agreement with Netanyahu, and that the Democrats view quite favorably.

These agreements were designed to isolate Iran in the region, which is why Biden supports them. In practical terms, they also leave the Palestinians increasingly isolated.

In short, there are no substantive differences between the line followed by Netanyahu and that of the current prime minister. Nor is there any difference between Trump and Biden in terms of strategic support for Israel, U.S. imperialism’s junior partner in the region.

Proof of this includes Israel’s brutal bombardments of Gaza in May, the Zionist army’s repression in the West Bank, and attacks by ultra-nationalists on the Israeli Arab population, which merited from Biden nothing more than a call for “calm” and the cynical mantra that U.S. imperialism (from the mouths of every one of its U.S. governments) has repeated ever since Israel was created: “Israel has the right to defend itself.” Despite the most recent attacks provoking some criticism from the left wing of the Democratic Party, that was as far as it went.

In the end, Bennett achieved more economic collaboration to strengthen the anti-missile dome, a promise to review the requirement of tourist visas for Israelis traveling to the United States, and what he was most looking forward to: a photo with the Democratic president and a statement by Biden reaffirming the “unbreakable partnership” between the two countries, after the disagreements the Democrats had with Israel, especially during the final months of the Obama administration.

As for Biden, he is an old connoisseur of Israeli politics who has personally known every prime minister from Golda Meir onwards after beginning his public life as a senator in 1972. He is a fervent defender of the genocidal Israeli state, and today he presides over hegemonic imperialism that faces a historic crisis.

First published in Spanish on August 28 in La Izquierda Diario.