What to Read on Engels’ 201st Birthday 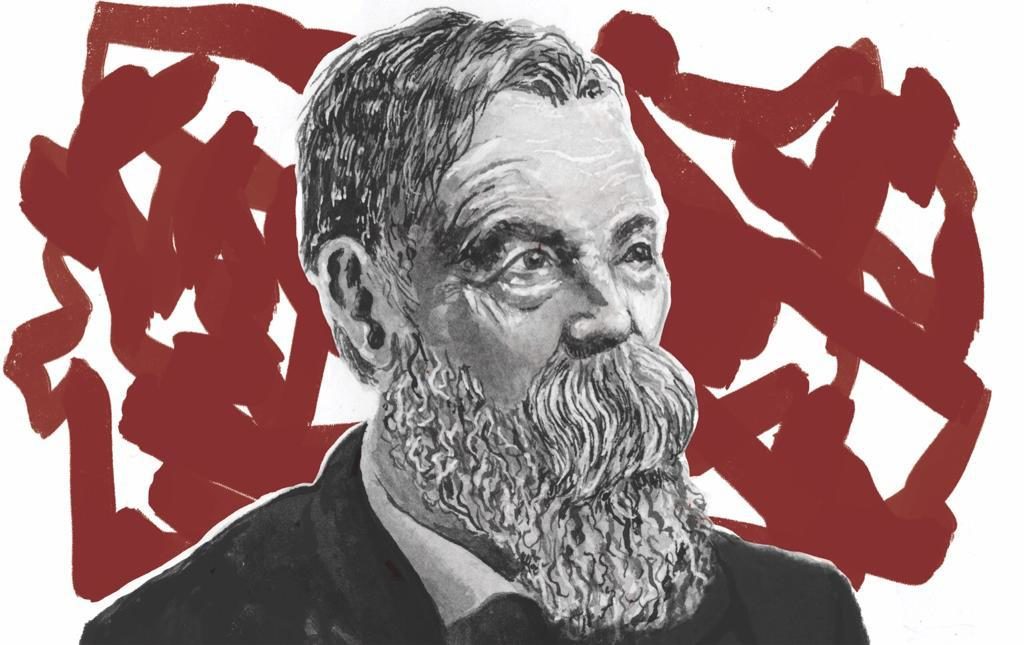 Today marks Friedrich Engels’ 201st birthday. Co-writer of The Communist Manifesto and brilliant theorist in his own right, Engels wrote key texts about the family and the oppression of women, dialectical materialism, nature, and the working class in Britain. He is particularly responsible for explaining and expounding on dialectics, which Engels says,

For [dialectical philosophy] nothing is final, absolute, sacred. It reveals the transitory character of everything and in everything; nothing can endure before it except the uninterrupted process of becoming and of passing away, of endless ascendency from lower to the higher. And dialectical philosophy itself is nothing more than the mere reflection of this process in the thinking brain.1Engels, Ludwig Feuerbach and the End of Classical German Philosophy (1886).

Although Engels has been relegated to a position secondary to Marx, Engels is among the greatest socialist thinkers in history and should be read with the same importance as we read Marx. His partnership with Marx is a model of intellectual exchange and how a deep friendship and intellectual cooperation can bring out the best in people. Leon Trotsky wrote about the relationship between Engels and Marx

How well they [Marx and Engels] complement one another! Or rather, how consciously Engels endeavours to complement Marx; all his life he uses himself up in this task. He regards it as his mission and finds in it his gratification. And this without a shadow of self-sacrifice – always himself, always full of life, always superior to his environment and his age, with immense intellectual interests, with a true fire of genius always blazing in the forge of thought. 2Trotsky, Diary in Exile (1935)

Engels should be remembered as a theorist and, most of all, as a revolutionary socialist who organized his life in the service of the overthrow of capitalism.

On his 201st birthday, we invite you to read Engels in his own words, as well as the following articles about Engels:

Engels in his own words:

The Communist Manifesto
Socialism: Utopian and Scientific
The Origin of the Family, Private Property and the State
The Condition of the Working Class in England

Engels Still Lives at 200
Today marks 200 years since the birth of Friedrich Engels, the revolutionary leader who, side by side with Marx, elaborated a good part of what we know today as the theoretical bases of Marxism and built the first international organizations of “insurrectionist wage slaves” who adopted communism as the name for their objective.

Engels, Working Women, and Socialist Feminism
Engels’ sharp critique of the patriarchal family and the institution of marriage remains extremely powerful today. As part of his legacy to socialist feminism, he elevated the problem of the oppression of women to the theoretical level of social production, as part of the core concerns of Marxism.

Engels Against Reformism in Germany and France
Friedrich Engels was born 200 years ago today. Modern reformists like to cite Engels as an authority. But until his very last day, Engels fought against reformist ideas and for revolutionary principles.

Notes on Class, Political Parties, and the Communist Party in Marx and Engels
Marx and Engels did not provide a theory of the organic political party. But this does not mean that we cannot find important elements on this subject in the thinking of the two revolutionaries.

Engels and Women’s Oppression
What does Engels say about the root of women’s oppression? Is there validity to his argument today?