What Would Jesus Do? Close Catholic Schools, Too — Testimonial From a Parochial School Worker

Catholic schools have been lauded for beating Covid-19 and staying open during the school year. However, these schools face their own unique set of problems when it comes to the pandemic. One worker at a Catholic school shares her experience. 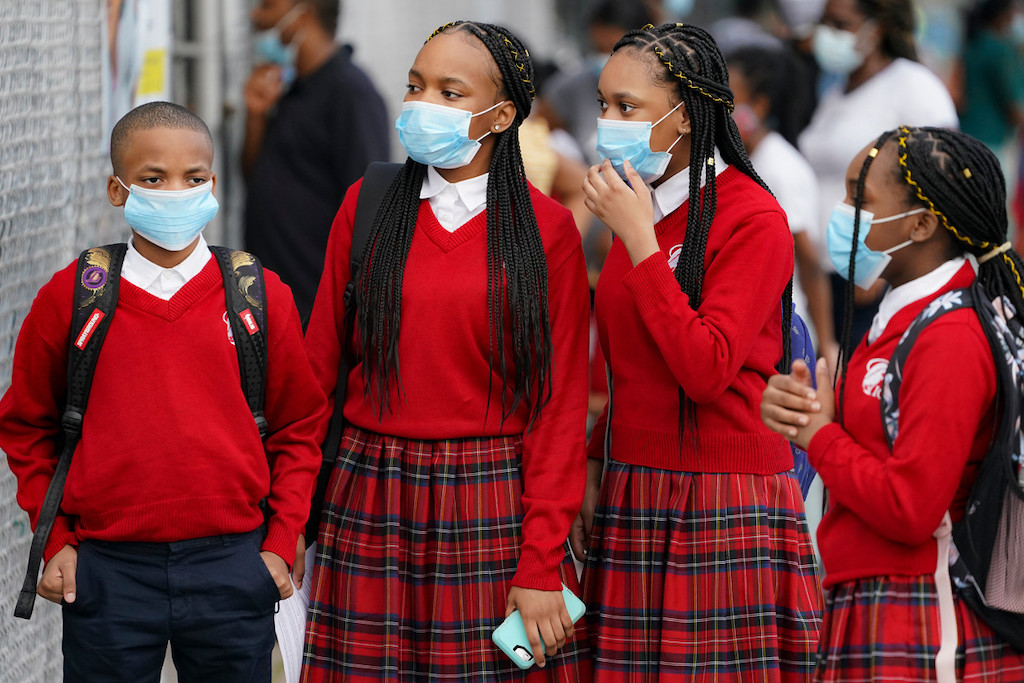 I am an education worker in a Catholic elementary and middle school in the Midwest. I work as an administrative assistant in the school’s main office. Since September, Catholic schools have been lauded as an example of how to open schools safely for full-time, in-person learning. The media has also used them to attack public school teachers and their unions for protesting unsafe school openings. My school, however, has been anything but safe or commendable.

In August, my school district gave families the option of either full-time, in-person learning or full-time, remote learning. At my school, more than half of all students returned in person, and in some grades nearly all returned in person. Over the summer, Catholic school teachers in my district were likewise offered the option of teaching in person or remotely, which came as a relief to many teachers who were afraid to contract the virus or spread it to vulnerable family and community members. However, that mandate quickly changed: in the end, all teachers were required to teach both in-person and remote students while in the school building, without any additional compensation for the additional workload. Those who refused were told they could sign a voluntary resignation letter.

The Catholic teachers’ union has been nowhere to be found. When teachers and staff expressed concerns over unclear guidelines and unsafe practices that went against “union standards,” teachers were told they could submit complaints to the union so that the issues could be “investigated further.” They submitted problems like faulty thermometers that read 70°F — which, if correct, would mean that students were already dead — and no official cap on classroom sizes, resulting in overcrowding and not adhering to the social distancing guidelines outlined by the Archdiocese and the union. Suffice it to say, no further investigations were made.

We understand that students around the country are not experiencing education the way we want them to and look forward to the day when classrooms can be full again and everyone’s health can be guaranteed. However, the burden that Catholic school teachers in my district face of teaching both remotely and in person causes all students to suffer. Teachers are pulled away in the middle of the day from valuable classroom time. To compensate for this time, students are given a free period during the day — which the already understaffed administrative workers are required to cover — in order to catch up on homework. Students at my school, having already finished their work, spend the majority of their free periods chatting with one another without anything to work on. How is that a better or a more fair system for students?

Since the start of the school year, our classrooms have had to close six times due to Covid-19 cases — three multi-grade closures and three school-wide closures. Every time we have had to close is both worrisome for health reasons and a huge burden on teachers, students, and families. Our district primarily serves low-income families, many of whom do not have devices like laptops and tablets for one child, let alone multiple siblings. We have provided devices for remote students who are in need of one; however, when the school closes with such short notice, often after the school day has already ended, many students end up having to go without devices, books, and other materials for the quarantine period. The constant back and forth of in person to quarantine due to inevitable Covid cases has taken a toll on students’ education.

On more than one occasion, the principal at my school has attempted to skirt Covid-19 guidelines and, in doing so, endangered both staff and students. One mandate put in place across the state was that anyone who travelled outside of the state for 72 hours to a “red zone” per state guidelines was required to quarantine. On one occasion, after learning that a family had travelled to a state on the quarantine list, rather than instructing the family to quarantine and begin remote learning, the principal allowed them to continue attending classes in person while she deliberated whether that was an appropriate decision — despite the state travel mandate. On another occasion, the school principal attempted to hide a Covid case in order to keep the school open. The teacher of the student who tested positive called out sick later that week with a fever, after the principal had already learned of the positive case.

These consistent outbreaks are not only a threat to teachers and staff — they pose a threat to the entire communities where they happen. Schools are contributing to the spread of the virus by making children vectors and by forcing staff and faculty to commute, especially in cities where many use public transportation.

While the principal’s motives for circumventing and outright ignoring safety protocols are not entirely clear, according to other staff members from the district it appears that she is likely facing pressure to remain open from district heads. Nonetheless, these practices are unacceptable. These harmful and potentially deadly actions put teachers and staff at risk, and the union has essentially abandoned them.

Meanwhile, public school teachers and unions have been vilified by the media and politicians alike. One writer at the Wall Street Journal wrote, “The good news is that Covid-19 has heightened awareness that too many kids are held in education limbo by public-school systems that cannot put their students first because they are hostage to the unions.” However, many parents are supporting teachers and their unions in their fight to ensure the safe reopening schools. Recently, parents in Chicago public schools staged a sickout in solidarity as teachers prepared a possible strike.

The Catholic Church however, was the largest beneficiary of the Paycheck Protection Program — a program intended to help struggling small businesses — all while sitting on well over $10 billion in cash, short-term investments, or other available funds. After lobbying the Trump administration to be included in eligible institutions to receive PPP despite not fitting initial guidelines, overall, the nation’s nearly 200 dioceses, including the churches and schools they oversee, received at least $3 billion. Meanwhile, Catholic school teachers and staff aren’t receiving hazard pay to teach in person nor, in my district, are teachers being compensated for the additional workload of instructing both in-person and remote students.

One argument for why Catholic schools have opened is because they rely on tuition for a major part of their funding and as such are more hesitant about the economic effects of going fully remote than public schools. Many parents might instead choose to send their kids to public schools if they have to be online anyway. However, with the massive relief packages that dioceses received, tuition could have been waived for this school year, especially as so many families are suffering economically due to the pandemic, and teachers, staff, and students could have been allowed to continue remotely.

Public school teachers and staff shouldn’t be vilified for fighting for their right to safe reopenings, especially as Catholic school teachers, staff, and students are facing their own unique set of problems with regard to the Covid-19 pandemic. Lack of clarity on safety guidelines and consistent Covid outbreaks puts everyone at risk — teachers, staff, and students alike. All education workers, teachers, and their unions, both from public and Catholic schools, must stand in solidarity with one another to demand safe schools.