While Global North Weighs Booster Shots against Covid-19, Fewer than 2% of Africans Are Vaccinated

Wealthy countries around the world are preparing to offer a third shot of Covid-19 vaccines to their populations. Meanwhile, vaccination remains out of reach for the vast majority of Africans. 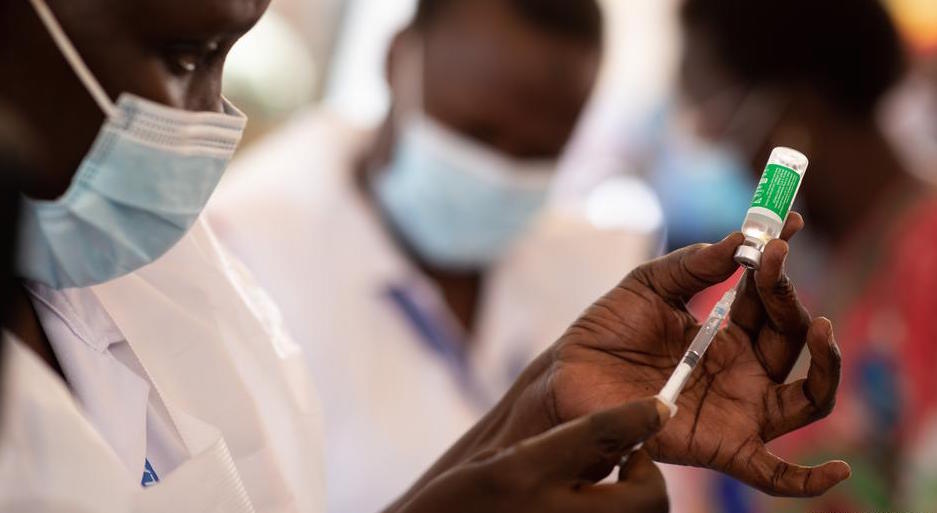 The highly infectious Delta variant of the coronavirus is sweeping Africa in a deadly third wave of the pandemic. Over the last month, there has been an 80-percent increase in cases across the continent, with South Africa alone reporting more than 14,000 new cases in a single day. Despite the fact that fewer than 2 percent of Africans have been fully vaccinated, wealthy countries such as the United States are making plans for booster shots for their populations, continuing to hoard doses in a stunning show of vaccine imperialism and capitalist irrationality.

The current wave is Africa’s deadliest so far, and is taking a toll on the continent’s battered economies and prospects for recovery. More than 7.4 million cases and 187,000 deaths have been recorded across Africa’s 54 countries, although researchers believe that the real figure is likely much higher. Hospitals are overwhelmed, pushed to the brink in health systems already poorly funded and stretched thin, with shortages of medical oxygen and other critical supplies.

The continent’s extremely low vaccination rate is one of the major causes behind the recent spike in cases and deaths. More than half of all Americans and Europeans are fully vaccinated, compared to only 2 percent of Africans. While the World Health Organization (WHO) initially set a goal for countries in the region to vaccinate at least 40 percent of their populations by the end of this year, at the current rate nearly 70 percent of African countries will enter 2022 with less than 10 percent of their populations vaccinated against Covid-19. Some countries may not even see vaccines until as late as 2023.

Meanwhile, European countries and the United States are planning to give booster shots to their populations to provide additional protection against the Delta variant. In other words, while the majority of Africans are desperate for their first vaccine dose, people in wealthy countries will soon be offered their third.

The WHO has been harshly critical of this. Matshidiso Moeti, the WHO’s regional director in Africa, has said that these wealthy nations “make a mockery out of vaccine equity,” especially following revelations that some Johnson & Johnson doses have even been exported to Europe from South Africa. The WHO is urging countries to focus on helping poorer countries catch up to the high vaccination rates of the Global North rather than hoarding even more doses.

These warnings from the WHO, the United Nations, and other bodies are correct: vaccine inequality is unconscionable, and doses that are used as boosters for the wealthy are being taken from the supply that should be used to provide a first dose to people in poorer countries on the African continent and elsewhere. Without vaccines, these countries will not only experience tragic, repeated spikes in cases and deaths, but will also have to endure disastrous economic consequences. Researchers are already reporting that Covid-19 will wreak greater havoc on African economies than other recent crises, including the 2008 global recession and the 2014 Ebola outbreak. While the United States and other wealthy countries have begun to recover from the fallout of the pandemic, inequalities between the Global North and South will be exacerbated as African countries struggle to return to normal, all the while remaining under the boot of Western imperialism.

However, the WHO’s statements also ring hollow and drip with cynicism. While the WHO may call for wealthy countries to share vaccines with the Global South, it does not call for lifting vaccine patents, the only measure that can truly put an end to the shortage. The WHO is an integral part of the system that prioritizes megaprofits for pharmaceutical companies over human lives.

Vaccine inequality also means even greater community spread of Covid-19, which will give rise to new mutations — perhaps ones even more infectious than the Delta variant, and resistant to current vaccines. This puts all of humanity at risk, and shows capitalist irrationality on full display.

It is clear that there is no way to reconcile capitalist interests with global health, and we cannot depend on the UN, WHO, or any other organizations of the world capitalist order to resolve this crisis. Only lifting patents and sharing formulas and technical know-how will allow countries with the capacity to produce the vaccine — of which there are many — to do so, and enable mass vaccination campaigns across the world.