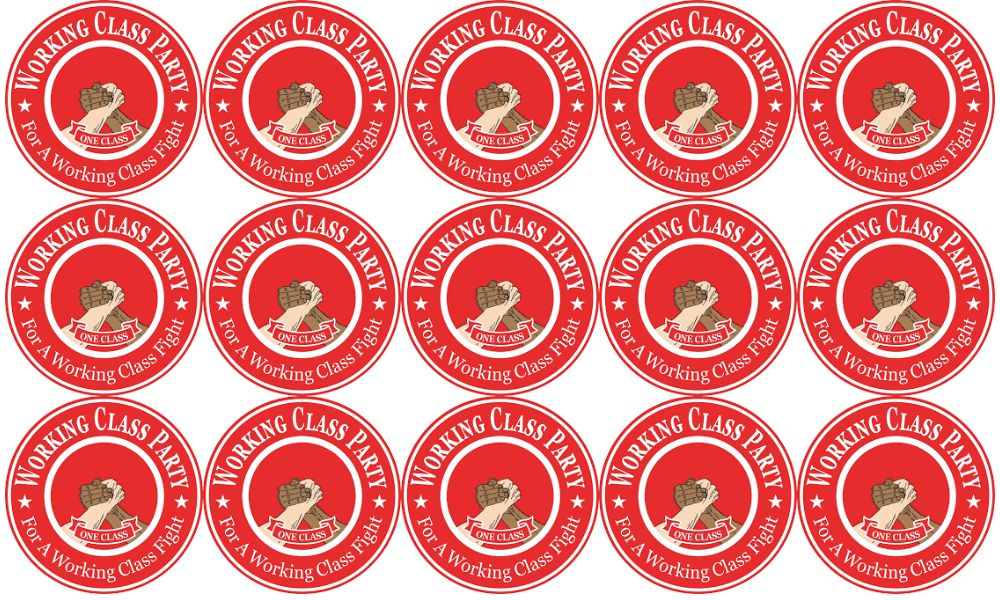 Elections typically are a challenging, and indeed, sad affair for the Left, the working class, and the oppressed because of the lack of political alternatives that could actually represent the interests of the working class  and oppressed.  However, for Michigan, Maryland, and Illinois voters a third political party is on the ballot that is attempting to put forward explicitly working class politics, highlighting the possibility of running candidates on an independent ballot line, and the necessity for the working class to have their own party.  That third political party is called the Working Class Party, and in the midterm elections in Michigan is running eleven candidates for the state and federal elections.

Origins of the Working Class Party

An important and founding initiator and organizer to form the Working Class Party in Michigan, Wisconsin, and Illinois is the Spark, the publication of the Communist League of Revolutionary Workers-Internationalist (CLRW-I).  They have fraternal connections to the International Communist Union led by Lutte Ouvriere, a well known and longstanding Trotskyist organization in France.  The CLRW-I publishes the Spark as well as a number of workplace newsletters.  They have militants associated with the Spark newspaper who are recognized leaders in their unions like the UAW, with some of them having even served as elected union officials in their local.

Supporters of the Spark newspaper found a way to put forward independent candidates – and secured ballot access in Michigan – with far less resources than what the DSA has, which proves false the arguments put forward by DSA about what it’s only option to run candidates is inside the Democratic Party.

In Michigan, the effort to build the Working Class Party (WCP) began in 2014 when 5 candidates ran on a campaign that raised the need for workers to have their own voice.  One of the candidates received over 15,000 votes and ran unopposed in his race for a seat on the Wayne County Community College Board of Trustees.  Similar efforts were launched in Chicago and Baltimore in 2015.

The Spark supporters in Michigan used the experience and results from their efforts in 2014 to run three candidates and circulate a petition to place The WCP on the Michigan ballot.  Not only were they able to secure 50,000 signatures – with around 69 people helping to collect signatures – to successfully place the WCP on the ballot, but the candidate running for the Michigan State School Board, received 224,392 votes, which were more votes than any third party had received in over a decade.  They received 15,257 straight ticket votes.Those results also meant that The Working Class Party met the requirements for maintaining ballot access, a feat they have been able to do since 2016.  For the 2020 Elections in Michigan, the WCP increased the number of candidates it ran and the overall votes it received, and their candidates outperformed all other third party candidates (Liberatarian Party, U.S. Taxpayers Party, the Green Party, the Natural Law Party) who ran in the elections.

A Program Against Neoliberalism

This year, the Working Class Party in Michigan is running 11 candidates, five of whom are Black, seven are women, and all of whom are current or retired workers in auto, health care, education, and hospitality.

The program of the WCP emphasizes that there are ways to deal with inflation and unemployment.  Not only do they believe that wages should keep up with inflation, but believe that companies should hire more people without reducing anyone’s pay.  They believe that “if companies say they have no openings, then let them slow down the pace of work to a reasonable one.  That will provide many more full-time jobs – and be better for everyone.  If companies still say they can’t hire all those without work, then let everyone work fewer hours.  That would create more jobs.  No one’s pay needs to be cut to provide these jobs.  The wealth is there to create jobs, but it has to be taken back from the wealthy class, who stole it from our labor.”

The Fight Against Oppression

The WCP is not running on a class reductionist campaign that Jacobin is arguing is needed.  Candidates of the WCP speak out against racism and the attacks on lgbtq+ people, immigrants, and women while speaking about the economic issues facing the working class and oppressed.   They rightly call out the reactionary character of the Republican Party who cynically take up the question of inflation, only to offer no solutions other than “culture war” politics and systemic attacks on democratic rights.  They also point out the hypocrisy of the Democrats who don’t fight seriously for the exploited or the oppressed since, like the Republicans, they are a party of the capitalist class.  This is in contrast to the class reductionist campaign that Jacobin is arguing is needed.

However, the WCP does not tackle or address issues of oppression strongly enough.  Their statement defending reproductive rights, for example, uses the language of the liberals about it being a “terrible choice” that people should have a right to because it’s necessary.  This is a big contrast to the relatively small but significant mobilizations that took place after Dobbs was announced, where thousands, and in some places tens of thousands, of mostly young protesters proudly demanded free abortion, on demand, and without apology.

WCP also fails to engage in any way with the demands of the BLM movement or even actively seeks to address programmatically the struggle against racism.  Not only did the 2020 BLM uprisings challenge the critical and foundational repressive apparatuses of the capitalist state, but it provided a bridge for many radicalized by the movement to a strategic understanding of the power of the working class.

The WCP could create a powerful campaign that attacks both racism and exploitation.  One of those ways is by attacking the two-tier system, a system that has received pushback from workers over the years at GM, John Deere, Kelloggs, and 7 UP Workers.  It is no coincidence that Black workers make up a large proportion of tier two workers, who get paid less for doing the same job as tier one workers.  At the same time, the two tier system threatens all workers, especially young workers, with lower standards of pay and benefits overall.  Here, the link between exploitation and oppression can be made and fought against clearly and concretely.

One of the greatest obstacles preventing the U.S. working class from developing working class consciousness is the chauvinist propaganda promoted by both the Democrats and Republicans.  Their embrace of “American exceptionalism” is a tool to justify the destruction and devastation U.S. imperialism causes across the world.  The WCP fails to take up strong anti-imperialist politics that make clear to the American working class and oppressed that the U.S. government is not the champion of democracy, but the instigators of coups, repressor of struggles for liberation, and ruiner of national economies.

For A Working Class Party that Can Help Rebuild the Left

We also believe that a working class party needs to adopt a socialist program and strategy, believing that it is not enough to simply increase class consciousness, but raise the banner of socialist revolution.  This should not be mistaken as an attempt to make the working class party synonymous with the revolutionary party, because it is not.  A revolutionary vanguard party is still essential in order for a successful revolution to take place.  While political disagreements prevent us from endorsing the WCP’s electoral campaign, we do believe it is a progressive effort that is worth watching and discussing.