Who Is the Revolutionary Communist Current (CCR) of France?

This is a series of articles about the Trotskyist Fraction–Fourth International (FT-CI). Today we present the French section, the Courant Communiste Révolutionnaire (CCR), a tendency within the Nouveau Parti Anticapitaliste (NPA). 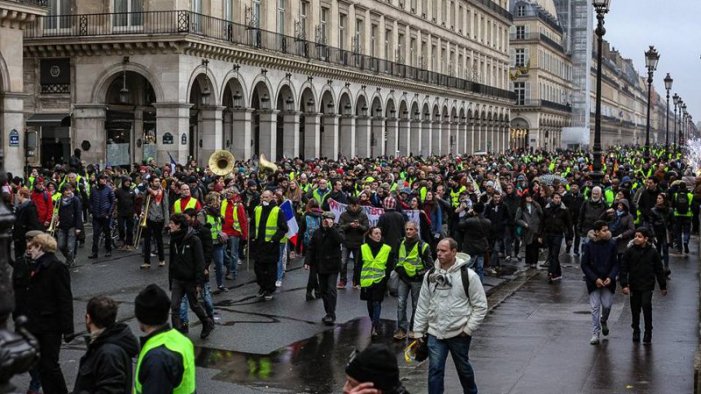 In recent years, France has been the scene of powerful workers’ resistance against labor reform, as well as phenomena like the Nuit Debout movement and more recently the Yellow Vest rebellion. In this context, the Revolutionary Communist Current (CCR) has been building up a tendency inside the New Anticapitalist Party (NPA). Since the emergence of the NPA in 2009, the CCR has openly fought the idea of participating in broad parties that lack strategic delimitation. For that reason, the CCR voted against the founding principles of the party. Instead, the CCR fights to build a Leninist combat party. With about 120 members today, it is one of the largest left tendencies within the NPA, if not the largest. In the most recent party congress, held in February 2018, the CCR won 11% of the vote for leadership bodies.

These achievements were possible because it maintains a strong focus on class struggle. CCR members played a leading role in the strike of outsourced railway cleaning workers at the Onet company in 2017. They also made an important intervention with the vanguard of the 2018 strike against reform of the state railway company, organizing rank-and-file assemblies during the strike to challenge the bureaucratic control of the unions’ leadership. Since the outbreak of this struggle, Anasse Kazib, a railway worker of Moroccan ancestry and a member of the CCR, gained a lot of respect and prominence among workers—and in the mainstream media as well. In addition to interventions in working-class struggles, our student comrades played a key role in occupying the universities of Tolbiac in Paris and El Mirail in Toulouse, protesting the reforms imposed by President Macron that limit access to higher education. 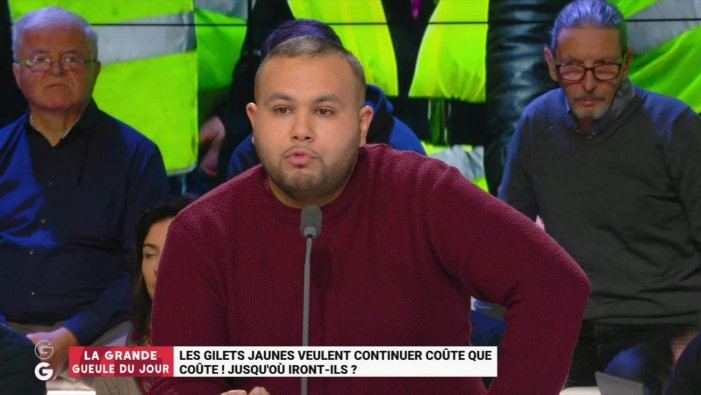 Anasse Kazib, railway worker, delegate of the trade union SUD Rail, and member of the CCR in a televised debate about the Yellow Vests.

It was this previous experience in working-class struggles and accumulation of revolutionary cadres that allowed the CCR to play a role in the Yellow Vest movement, which began in November 2018. In contrast to the vast majority of unions and the left, which looked at these demonstrations with distrust or even hostility, the CCR, together with sectors of the Yellow Vests, organized a solidarity committee to fight back against police brutality and repression. The committee were also endorsed by relatives of Adama Traoré, a young man killed by French police in 2016. The committee also served as a pole of attraction within the movement capable of fighting the influence of the extreme right, which sought to co-opt the Yellow Vest workers with xenophobic ideas. At one point, this pole mobilized more than 5,000 people at marches and organized two assemblies with several hundred participants at the height of the rebellion in December. 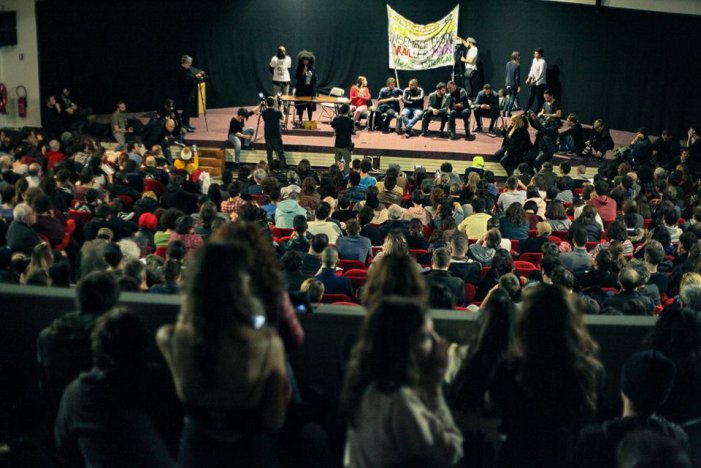 Assembly of the inter-station committee and the Adama committee in support of the Yellow Vests.

Faced with the traitorous attitude of the trade union leaders, who turned their backs on the Yellow Vest movement—even though it put forward several progressive demands and was composed mostly of poor workers—CCR members started an initiative demanding that the unions support the movement. They presented a petition to the CGT, the largest labor federation in France, signed by more than 100 trade union members demanding the federation change its position. At the same time, they organized concrete initiatives for convergence, such as an assembly in Toulouse, where Yellow Vest activists proposed marching to the trade unions’ offices to discuss a unified action plan against Macron’s government, leading to a meeting with hundreds of Yellow Vests and trade unionists. The CCR also organized a rally at the emblematic hall La Generale de Paris with several Yellow Vests who had been victims of police brutality. The event attracted 300 people.

In the heat of the struggle, the CCR’s website, Révolution Permanente, part of the international La Izquierda Diario / Left Voice network, took a major leap forward, becoming a voice for the movement. With a monthly average of 1.5 million visits since November 2018 and a peak of more than 2 million visits in one month, Révolution Permanente surpassed even well-known newspapers such as L’Humanité, a paper linked to the French Communist Party.

Currently, Révolution Permanente is campaigning for Lutte Ouvrière’s candidates, the only left slate in France for the European elections that is based on class independence.

In addition to the website, this year Révolution Permanente launched a biweekly theoretical supplement on Sundays, with a recent edition dedicated to the revolutionary uprising of the Algerian masses. In July, the CCR will organize a summer school along with the other European groups of the Trotskyist Fraction–Fourth International (FT-CI) and expects more than 300 young people and workers.

Recently, the collective Du Pain et des Roses (Bread and Roses) was launched in France, part of the international organization Pan y Rosas. Two months ago, Andrea D’Atri, the founder of Pan y Rosas, was on a speaking tour in Europe, and over 800 people attended meetings and workshops across France.