Who is the Revolutionary Workers Movement (MRT) of Brazil?

This is a series of articles about the Trotskyist Fraction – Fourth International (FT-CI). Today we present the Brazilian section, the Movimento Revolucionário de Trabalhadores (MRT). 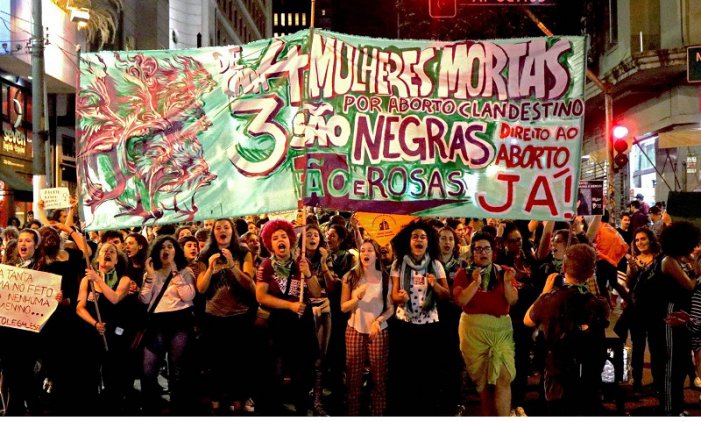 Brazil is going through the most important economic and political crisis of the last two decades. The institutional coup that deposed former President Dilma Rousseff in August 2016 and resulted in the arbitrary imprisonment of former president Lula in April 2017 set the stage for Jair Bolsonaro, a Trump flunky and extreme right-wing politician, to win the corrupt presidential election of 2018. The Supreme Court’s intervention ensured this result.

Bolsonaro is now trying to impose austerity measures on the working class, including cuts to pensions. He is supported in this by members of the Armed Forces, federal judge Sérgio Moro—the head of the Lava Jato investigation (“Operation Car Wash”)—and the neoliberal economists aligned with the University of Chicago-trained Minister of the Economy, Paulo Guedes. Bolsonaro’s austerity plans are harsher than those implemented by the Partido dos Trabalhadores (PT—Workers Party) during Rousseff’s administration: this is the central reason that the institutional coup against Rousseff was successful. Meanwhile, Bolsonaro has positioned himself at the head of the Latin American right and at the forefront of support for the coup attempt in Venezuela led by no less than Donald Trump himself.

Yet Bolsonaro’s government is not standing on firm ground. There are internal feuds in the midst of the economic, social and political crisis, with millions of unemployed and underemployed workers throughout the country. One of the government’s first crises was the result of the public revelation of ties between the Bolsonaro family and the paramilitary groups in Rio de Janeiro that were behind the murder of Marielle Franco, a former city councilwoman and member of the Partido Socialismo e Liberdade (PSOL—Party of Socialism and Freedom).

Beyond the conflicts within the ruling class, the whole regime shares the same agenda: The capitalists’ parties are seeking to employ vicious attacks against workers, women, black people and the LGBT+ community, as well as crippling the unions.

The PT’s strategy, on the other hand, has been reduced to a flimsy “parliamentary opposition” to Bolsonaro’s austerity measures, while the PT’s governors support the pension reform plan (even though they want to remove some of the more unpopular clauses).

The union leaders from labor federations like the Central Unica dos Trabalhadores (CUT) and the Central dos Trabalhadores e Trabalhadoras do Brasil (CTB), both associated with the PT, consciously avoid any act of resistance. Neither of these massive federations—the CUT alone represents over 7.4 million workers—has called for work stoppages, strikes or other active demonstrations in response to the government’s agenda.

The PSOL, a party that considers itself socialist, has increased its electoral influence and won several seats in parliament because it appears as a more left alternative to the PT; however, it echoes the mistakes of the PT by focusing on its parliamentary strategy without making any effort to organize resistance to the attacks in workplaces and at the schools and universities. That is to say, in this critical moment, when the working class is under attack, the PSOL is not at the forefront of developing class struggle and confronting the union bureaucracy.

Against Bolsonaro’s attempt to implement austerity and surrender the country to U.S. imperialism, we demand that the government stop paying foreign debt, stop all layoffs, establish a sliding scale of working hours without a reduction in salaries, thus putting an end to both unemployment and overwork. Likewise, we fight for a public infrastructure plan controlled by the workers and funded with progressive taxes on the capitalists and the wealthy. These measures should be part of a broader program against the economic crisis. The capitalists, not the working class, should pay for the crisis that they have created.

We recognize that the Supreme Court and the judiciary were heavily involved in Rousseff’s impeachment and Lula’s imprisonment, showing their biased and anti-democratic character. The unlimited power of the judiciary is one of the most anti-democratic aspects of the Brazilian regime. We demand Lula’s freedom, though we give no political support to the PT and its leaders. Officials, judges and prosecutors should be elected and their positions revocable. Their salaries should be the same as teachers’ salaries. We also propose the creation of people’s tribunals with community juries to prosecute corrupt officials.

To push this agenda forward, we are demanding that the unions cease their complete surrender to the reactionary government and organize a real plan of struggle to defeat the austerity plans.

The MRT has a presence in seven states in Brazil. It is part of the leadership of the union of non-academic workers at São Paulo University (USP) and has a significant number of militants in the union of subway workers in São Paulo.

On the first anniversary of Marielle Franco’s assassination, we organized a strike at the Social Services Faculty at the State University of Rio de Janeiro. The women’s organization Pão e Rosas (Bread and Roses) wrote an open letter to the PSOL and the whole women’s movement inviting them to lead a national campaign for justice for Marielle Franco and to fight for an independent investigation.

Esquerda Diário is Brazil’s largest left-wing website that is truly independent of the PT. It is part of the La Izquierda Diario / Left Voice international network. The website recently received seven million hits in a single month. We have just launched a publishing house, Edições ISKRA, whose first book, “Brasil: Ponto de Mutação,” brings together a collection of Marxist essays on present-day Brazil.

These initiatives are part of our daily struggles to build a revolutionary workers party, in dialogue with all the members and sympathizers of the PSOL. The MRT asked to join the multi-tendency party of PSOL on the condition that we maintain our own revolutionary program; unfortunately, despite the fact that the PSOL accepts all kinds of left-wing tendencies, the PSOL refused to let us enter because the MRT has hundreds of members throughout the country and the most important online newspaper of the Brazilian left. Nevertheless, because the PSOL is the main organization to the left of the PT and claims to be socialist, we will continue to have critical dialogue and ongoing debates with its members to push for building a revolutionary workers party in Brazil.