Whose interests are behind the decision to defund the World Health Organization? Disputes between the United States and China continue, and Trump is being questioned over the U.S. response. 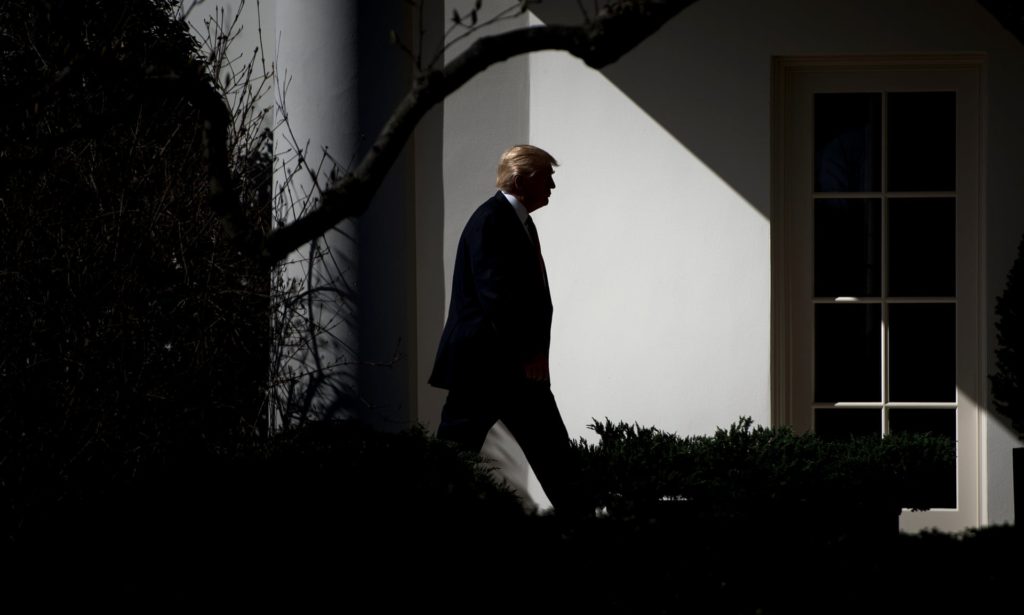 Last Tuesday, President Trump announced that the United States would stop funding the World Health Organization. He then threatened to launch an investigation into whether it covered up China’s responsibility in the coronavirus outbreak. Trump used the crisis opened by a controversy between China and the WHO: the Taiwanese Center for Disease Control (CDC) said it had reported several cases of “abnormal flu” in Wuhan on December 31, 2019, to which WHO responded that it had not been notified. Finally, Taiwan disclosed emails to show that it did report the cases. The decision to stop funding the WHO is an additional pressure from the United States to counter China’s global influence.

Who Funds the WHO and What Does Trump’s Decision Entail?

On Saturday Trump said the $500 million that the United States disburses to the WHO every two years “can be better used.” The WHO is financed by various countries that contribute a set amount according to their budgets; other countries make voluntary contributions, and the United States was the largest of these donors. The WHO’s 2018–19 budget was $5.6 billion, $4.3 billion of which consisted of donations, while compulsory contributions amounted to $950 million. U.S. funding represents 14 percent of total WHO funds, while China’s is only 0.2 percent. Although the U.S. government says the WHO is biased toward China, the WHO is much more dependent on U.S. funding. The main destination of these funds is currently the Middle East, followed by some regions of Africa. These pressures make clear the farce of U.S. “humanitarian aid,” which uses its influence in the WHO to advance its political objectives, just as the U.S. uses vaccines, medical supplies, and drugs as a pledge to regime change. China has also begun to play a role in this, with resources destined for Europe, Latin America, and the United States itself in the form of humanitarian aid, and reactivating part of its battered economy by commercializing supplies in different parts of the globe.

Behind the statements on the need to coordinate global actions against the pandemic, and the supposed emergence of a nonpolar world, the dispute continues between the United States, which cannot sustain its world hegemony, and China, which cannot yet seriously challenge it; both face their respective health crises and the danger of a new recession. Within this framework, the European Union, which until now has been unable to contain the outbreak in its own territory and to coordinate even within the same bloc, has criticized both Trump’s decision to defund the WHO and China’s growing economic influence through trade in medical kits. Trump’s tweets also have accused China of wanting to take advantage of the situation and have joined the chorus of criticism of the lack of transparency of the China’s authorities.

Things don’t look good for Trump either. From the beginning he tried to shift all responsibility for the pandemic onto the Xi Jinping government and repeatedly resorted to his usual xenophobia by publicly referring to Covid-19 as a “Chinese virus.” Meanwhile, China has announced that the Wuhan fatalities were 50 percent more than previously announced, bringing the figure to 3,869. The government had already been questioned by the Chinese people for its handling of the figures and for its iron grip on information. The authorities have claimed that the figures changed because, as the city’s health system was overwhelmed, many people died outside hospitals, and thus many initial medical reports were incorrect. The United States also argues that it took Xi a week after the outbreak in Wuhan to publicly address the possibility of a pandemic. But even with all these irregularities, it does not explain why the Trump administration ignored all the warnings from the beginning: China warned of a possible pandemic in January; in January and February, presidential adviser Peter Navarro warned the White House of an imminent pandemic in the United States. It was not until March that the president admitted the impact of Covid on the country, saying it could not have been foreseen. Recent polls indicate that half the U.S. population believes Trump could have responded better to the outbreak. Trump has been losing support, not only because the United States is the epicenter of the pandemic but also because of rising unemployment and the effects of falling commodity prices on the agricultural sector.

The government’s reliability has also been questioned by the mainstream media, which point out that the data on Covid is incomplete; both in New York and in other states, there are reports of deaths occurring outside hospitals that would significantly raise the official numbers. The tests are not widespread enough and economic activity should not be resumed without massive testing.

Both the government and certain bourgeois sectors want to flatten the curve so that they can reopen the economy. As the government faces the question of whether the country is prepared to make circulation more flexible and return to work, internal pressures have grown among those who want the U.S. to seek international agreements that limit Chinese influence. This is expressed in a recent editorial in the Economist, entitled “Is China Winning?” It warns of China’s recovery and the use the Xi government may make of humanitarian aid. If China manufactures the vaccine first, it warns, the country could create its own international bloc. The article also criticizes Trump for having “no interest in leading the global response to the coronavirus,” and wastes its strengths by not utilizing private actors, such as Google, Netflix or the Gates Foundation. Indeed, actors like Bill Gates are playing a role in the pandemic: the billionaire CEO is the second largest financial supporter of the WHO, after the United States, and does not share Trump’s foreign policy.

But is it inevitable that the working class in the United States and around the world will be dependent on imperialism and billionaires to deal with the pandemic and the economic crisis? Certainly, geopolitical interests and the pressures of business should not be placed above the lives of millions of people. But it is the working class that is fighting the pandemic and showing itself to be the truly essential class. It is the health workers who can give an account of the real health situation, forming committees together with scientists and patients, and who can lead the efforts to develop a vaccine. It is those who produce the food who can respond to the growing needs of the masses now falling into poverty and unemployment, while the rural bosses throw the food into the fields. A coordinated working-class response is needed, to demand from the government and the capitalists the real numbers in health care and the economy and to formulate a response accordingly, and to nationalize the health care system and all food and supplies production. This is what is needed to deal with the pandemic, putting our lives first.