Why Business Unionists Don’t Support Medicare for All

Major business unions are revealing their real motives by either being against Medicare for All plans or supporting health care plans that still enable private insurers. These stances promote the preservation of the unions themselves, to the detriment of the working class as a whole. Workers must organize against their union bureaucracies and force their unions to adopt more democratic processes. 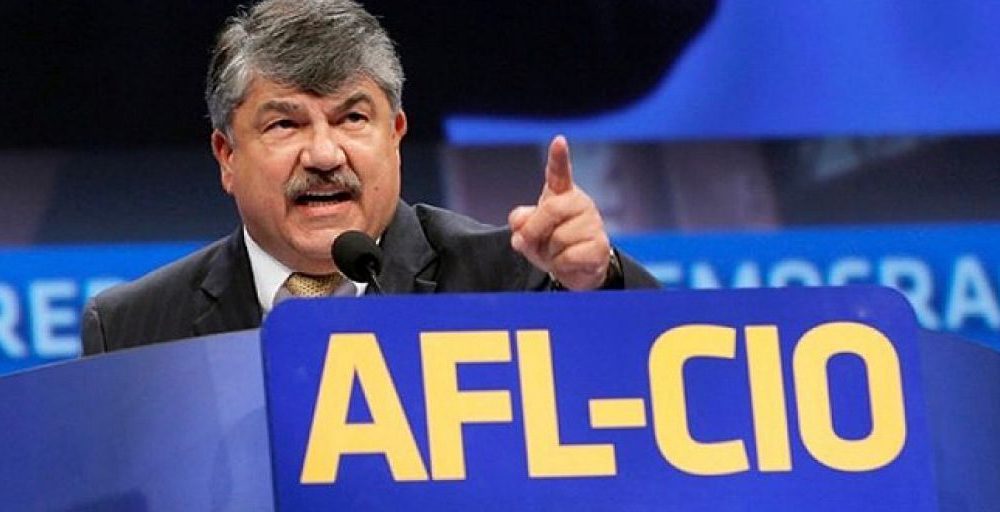 Unions in the United States have reached extraordinary levels of bureaucratization. It has become typical to see a layer of union officials running the organizations top-down and treating members as if they were customers who only ‘pay’ for a service, hence the name “business unionism.” These unions sell the appearance of collective effort and worker solidarity while preventing workers from taking up more combative actions that could pose a threat to capitalism. As Kim Moody accurately explains, this is intrinsic to business unionism. However, it is useful to pinpoint when and how concrete actions by the union bureaucracy reinforce and perpetuate this pernicious brand of union policy.

On July 29th 2019, SEIU (Service Employees International Union) posted a tweet that exposed their interests as being opposed to those of the working class. The tweet read “@KamalaHarris’s ‘Medicare for All’ plan recognizes that working people should not have to sacrifice wages for better health care and the power of joining together unions to have both #HealthcareForAll #UnionsForAll.” As glamorous as this may seem, it is untrue. The tweet endorses a plan that does not combat the root problem with health care in America, namely the existence of private health insurers that use sickness as a means for profit.

Kamala Harris’ proposed plan, simply put, is to place private insurers under a “regulated” government system and have them compete with government health insurance. Very much like Obamacare, this plan is presented as both progressive and “doable,” but ultimately all it does is take an approach that still permits avaricious insurance companies to profit off people’s ill-health–only this time with a bit of government oversight and competition (as well as a 10-year transitionary period!). SEIU’s endorsement of Harris’s plan publicly displays their lack of concern for workers’ access to health care.

The endorsement does little to empower workers and absolutely nothing to protect them. Harris’s plan still leaves access to health care to the whims of profit-seeking entities and allows for the continued commodification of people’s sickness and health. The true victims of such schemes will be low-wage workers who cannot afford decent health care and who will be left without insurance or with a meager plan that has high deductibles and copays.

The question is why a trade union would allow—let alone celebrate—a plan that so clearly goes against the interests of the majority of workers. However, SEIU’s position in this case is inscribed in the nature of its business unionism. Far from being the expression of workers’ interests, the union bureaucracies are the agents of capital in the labor movement and thus the antithesis to the radical change we need.

What’s at Stake for Unions

Although there are Medicare for All plans that actually do attempt to fight against insurance companies’ unchecked profit motive and provide working people with basic health care services, unfortunately SEIU has failed to support them. This should not be read as an endorsement of either Bernie Sanders’s or Elizabeth Warren’s candidacies, but their health care plans at least offer a more progressive, pro-labor approach to health care than the plan Harris has put forward. However, SEIU refuses to support anything outside of status-quo liberal politics—and, most importantly, anything that might hurt their numbers.

This opportunism has been portrayed in recent statements made by the president of the AFL-CIO (American Federation of Labor and Congress of Industrial Organizations), Richard Trumka. When questioned about his stance on Medicare for All, he argued that the labor federation would “have trouble” supporting the plan since it would nullify the health plans they negotiated with company bosses. He stated, “It’s unfair to say to somebody ‘you’ve sacrificed over the last 40 years, you’ve given up wages, you’ve negotiated a good health care plan and now we’re going to ask you to take 50% of the health care plan you’ve negotiated.’”

Not only is the claim that Medicare for All would “take away 50% of the plan” unions negotiated completely unwarranted, but more importantly, Trumka’s statement shows that he thinks of the union as an organization that fights only for its members. His position neglects the unions’ capacity of advancing demands that can benefit the whole working class, to the detriment of capital. In other words, Trumka considers unions to be a service by an outside company that privileges its dues-paying clientele over any other member of the working class.

Furthermore, Trumka’s remarks illustrate the jadedness of the union bureaucracy. The past fights and sacrifices he mentions were undertaken to provide better lives for workers and to take a stance against monstrous companies. In contrast, continuing to allow the commodification of people’s health means not taking a stance against insurance companies; rather, it gives them leeway to thrive and permission to exploit. Yet this jadedness is the essence of business unionism: it seeks to build and preserve its own membership numbers, not to counteract capitalist exploitation by building independent working-class power.

That said, the reality is that a major selling point of unions in the U.S. is that they offer health care services to those they represent. Despite all of the bureaucracy and dampening of militant activity achieved through no-strike clauses, friendly relations with the bosses, and concession bargaining, and all the other bad characteristics of business unionism, workers are compelled to stick with their unions as they are, because of the need for health care. This benefit can make the difference between financial stability and bankruptcy in the case of an unforeseen medical emergency. Due to the life-threatening precarity of not having decent health care, workers are more prone to fall in line with the union bureaucracy for the sake of protecting the health care they do have. Union-guaranteed health care is real and, in some cases, life-saving under the current conditions of health care in the U.S.; ultimately, it secures workers’ loyalty to the unions, despite their bureaucratic leadership.

Because workers rely on their health care, this means they rely on their union, and the union utilizes this benefit to maintain its constituency. A real, universal health care system would weaken the hold the SEIU leadership has on its members, because its members will become less reliant on them.

This does not mean that workers would automatically become opposed to unionization, but without the threat of losing their health care, workers could decide to join another, more militant union, to build a militant opposition to their current leadership, or simply to form a union of their own. Class struggle will always be present as long as capitalism breathes its toxic air, so workers need to come together and mobilize to combat it. If universal health care is guaranteed, workers will not only be stronger to fight against their bosses, but also freer to choose among different organizations to represent them and to push for rank-and-file unionism.

Richard Trumka and the leadership of SEIU are aware of this and will do whatever it takes to preserve themselves, even if it means protecting the commodification of their members’ health and that of their families.

The bureaucratic leaderships of SEIU and the AFL-CIO are at the service of the Democratic Party, and so they are on the side of capital. If we are to win universal health care in the U.S., it will be through mass working-class mobilization, and the unions must play a central role in this fight. The unions’ refusal to endorse a plan that provides universal health care shows how pernicious that union bureaucracy is for the working class. In order for workers to win universal health care, they will have to commit to collective action, within their unions and using their unions to connect with other sectors of the working class. A bureaucratic leadership that seeks to perpetuate private insurers only stands against mass mobilization; consequently, workers must confront this leadership. Workers must stand together and urge their unions to endorse a real universal health care plan that meets their needs—not only as a means of gaining health care, but as a way to create rank-and-file power that can effectively promote worker militancy and democracy.