Why Do Mayors Talk Justice, Then Send the Cops?

After George Floyd’s murder, mayors overwhelmingly said they sympathized with protesters’ anger. But from the beginning they also condemned mass protests. They blamed them on “outside agitators” and imposed curfews. 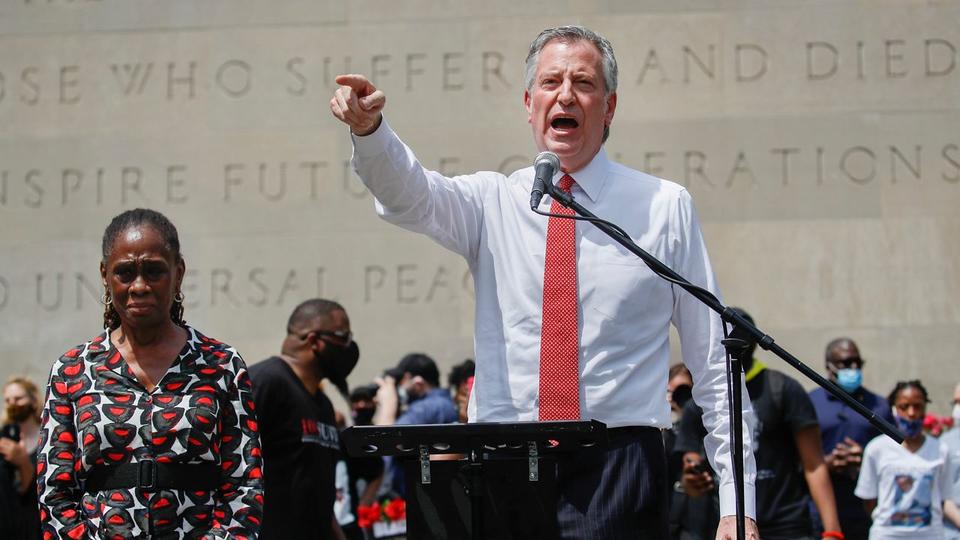 Minnesota attorney general Keith Ellison raised the charge against cop Derek Chauvin, who choked George Floyd with his knee even after he passed out, from third-degree murder and manslaughter to second-degree murder and charged the other three cops involved as accomplices. This happened because of the most explosive U.S. protests in decades. Yet more than 10,000 protesters have been arrested for standing up to the police.

Government Structures and the Oppressed

It is a fiction that working-class Black and Brown, or even working-class white people control lawmaking, judges, or police forces. In this story, governance is an open process that all citizens can freely influence. As if poor people of color can control state capitals and courthouses as easily as millionaire donors, corporate executives, career politicians, and untouchable cops! This does not explain why mass incarceration and discriminatory policing are the norm. Why hasn’t the “destruction” of unjust policies started yet, when most Minnesota political offices have been held by Democrats for years?

Purportedly, the oppressed can “destroy” the main activities of the government without militant action. They should get rid of oppressive systems while respecting police orders today. But for some reason, “the law” allows police to criminalize 10,000 protesters and meanwhile tries to deny violence by the police. For example, Louisville, Kentucky police shot and killed David McAtee, a respected 53-year-old Black barbecue chef at his own restaurant on June 1 after spraying patrons at the Black eatery with pepper ball shots for being on a patio after curfew. The system is saying this was a justified homicide.

Can people really end oppression while obeying commands from the very authorities who are responsible for racist violence? Democratic politicians concede that government behavior is systematically racist, but they won’t point to anyone responsible. They pretend that governors, legislators, police officials, prosecutors, and judges don’t sit high up in society, separated from the majority, the poor, and the oppressed. Can authorities be controlled by Black workers and youth without rebellion? Or are they tied to other, contradictory interests in racial capitalism?

Elected officials say they are appalled by Floyd’s murder and promise to help create justice soon, mostly without specifying structural changes. They can no longer use the “few bad apples” explanation out loud, but that is what they’re really using. If the police as an institution have a pattern of racist violence, they are not trustworthy to control the streets during protests against themselves. But that’s where all the mayors and governors put them.

“Minneapolis and St. Paul are under assault by people … who are not here to honor George Floyd.”
— Tim Walz, governor of Minnesota (Dem.)

Garcetti had 500 protesters arrested in one night and threatened that criminal records could follow protesters for years.

“I believe the NYPD is overwhelmingly acting appropriately.”
“[A few outside troublemakers] are here only, unfortunately, to agitate and to attack those who protect us, our police officers.”
— Bill De Blasio, mayor of New York City (Dem.)

The NYPD fatally strangled Eric Garner for selling cigarettes while Black in 2014. In May, NYPD beat down Donni Wright and knelt on his head for having an angry facial expression when two other Black people were arrested over social distancing. NYPD arrested 345 protesters on May 30 and 700 on June 1.

“You are disgracing the life of George Floyd. … Go home. … You’ve lost all credibility now. This is not how we change America.”
— Keisha Lance Bottoms, mayor of Atlanta (Dem.)

“Outside groups [will be] moving in, trying to create violence to harm everybody who is on those streets. We cannot let Breonna [Taylor’s] legacy be marred by violence, and we can’t let our streets turn violent.”
— Andy Beshear, governor of Kentucky (Rep.)

Breonna Taylor was a 26-year-old Black paramedic, in her own home with her boyfriend when Louisville police broke down her door at 1 a.m. They got a no-knock warrant for her apartment alleging she had packages delivered for a man they said sold drugs. That person had already been arrested. But they still smashed in her door and then fatally shot her eight times.

What Are Our Demands?

These Kafkaesque statements ignore the privileges of the people in charge of the system. Politicians of both capitalist parties, prosecutors, police chiefs, prison officials, and indeed media owners have enough money to never know what it’s like to fear for your security. They spend more on restaurants and golf than most oppressed people struggle to pay in rent. They can give their children superior opportunities in everything. They draw on both public and private money through high salaries, elite jobs at corporations, and universities, stock portfolios, gold-plated insurance, perks, and unlimited connections to “the 1 percent.” They are accountable only through elections every four years with no good choices, paid advertising, and a system that insults oppressed people’s basic needs.

They deny these things make them qualitatively more powerful than poor people of color and all workers or part of an elite class. U.S. officials are just regular folks! And the state belongs to everyone. The powerful — at least Democratic officials — are supposedly willing to treat everyone fairly, and systemic racism in blue states only exists because of uncertainty about how to reform things.

The vast majority of Black, Latinx, and Indigenous people in America have none of the life luxuries of politicians and officials. We are supposed to imagine people who are prevented from affording safe childcare, who work at Walmart, General Motors, or Amazon, and struggle to buy health insurance, can carry out political activities without impediment and influence the apparatus of government as easily as those who sit behind official desks with six- or seven-figure incomes promising they work for the good of all Americans. This is just not true. The people on the bottom in this society do not have an organized machine of power. And we are being coaxed not to press questions about what the machine of power of those at the top of the society has been doing, how, and why.

This is ridiculous. To get up off their knees and do politics, oppressed people inevitably have to make acts of rebellion, defy orders, and delegitimize the cops. This is an incredibly difficult and uneven process. The tools of power and present-day hegemony are in the hands of the people responsible for systemic racism in the first place. Only with explosions of dissent and resistance can people raise transformative demands and recruit fighting forces. To complain about agitators in these circumstances is to oppose real change and pretend authorities will reform themselves.

What is going to happen to the movement? Police in New York, Philadelphia, Detroit, and other cities have tried to tear-gas and arrest it off the street. Yet simultaneously police departments are having cops take a knee, momentarily lower their weapons, and shake hands with protesters.

Ohio socialist Coco Smyth writes, “How political questions are answered is the primary thing that makes or breaks a movement the longer it goes on. It’s not an accident that liberal pro-cop sentiments have arisen.” It matters greatly what demands are taken up. This will define what we expect of the state, how we understand our adversaries, and how we fight.

Calling for written “use of force” policies that police never adhere to is inadequate. Calling for training, removal of “bad cops,” or (as Bernie Sanders recently did) pay raises to help recruit more “good cops” is also not going to reverse the racism and brutality that police learn organically on the job. Some vital things to call for include the following:

Frederick Douglass said, “Those who profess to favor freedom and yet deprecate agitation are men who want crops without plowing up the ground … the ocean without the awful roar of its many waters.” When government behavior is racist as hell but all officials say they are saddened by racism, when the people targeted by police are ordered to obey the police, something is rotten. At every protest, bus drivers, logistics workers, nurses, restaurant workers, and others are participating or showing solidarity, especially Black workers. To win, this movement must spread to workplaces.