Politicians love photo-ops with police. But this is not OK for a self-proclaimed “democratic socialist.” 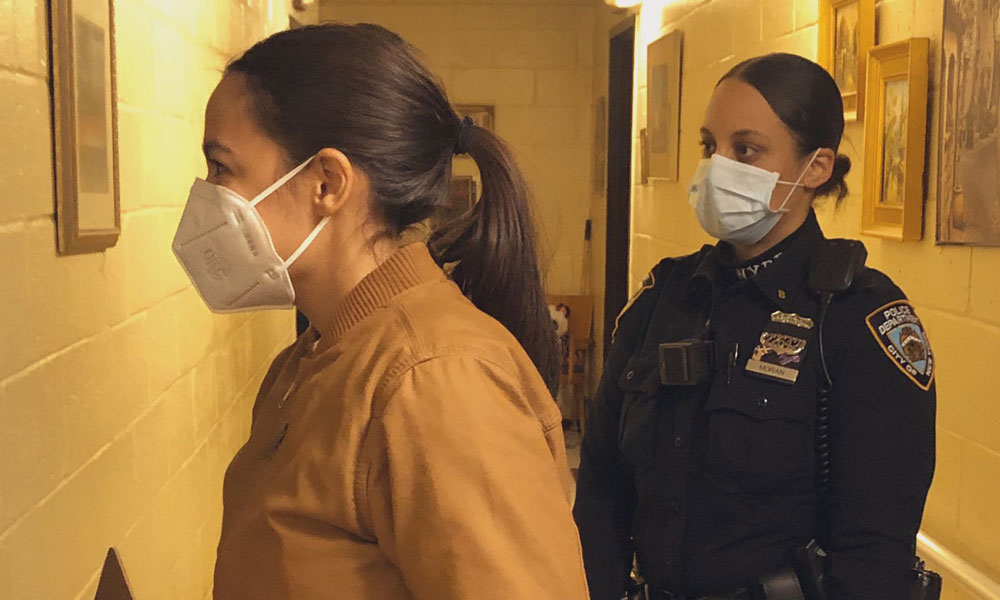 On April 17, the Police Service Area 8 of the New York City Police Department tweeted out a picture. We see two young women in masks delivering food to seniors during the pandemic. One of them is a police officer. The other is Alexandria Ocasio-Cortez, the U.S. representative for parts of the Bronx and Queens.

Very important that the strides made to bring community and police together remain strong during this time. Thank you @AOC for your continued support of PSA8 and our residents delivering groceries to our most vulnerable seniors this morning?. pic.twitter.com/d4IkCmD6HP

The police thanked the congressperson for “bringing community and police together.”

What is the big deal? Don’t all politicians like to pose with the police? Should we hold it against them that they deliver food in branded tote bags, turning essential services into taxpayer-funded self-promotion?

The problem is that AOC uses the label “democratic socialist.” Last year, she tweeted out support for protests against police in New York’s subways — and got lots of blowback from the right.

However — and this is the important part — she never actually went to the protests. Working-class New Yorkers were jumping turnstiles to protest against 500 new cops, police violence against vendors and passengers, and fines levied against the poor. Dozens of protestors were arrested — it would have been extremely useful in that moment to have a member of Congress at the front line.

But instead of confronting the police, AOC is now helping them brandish their image. The NYPD is a despised institution. They are known for terrorizing Black and Brown communities, repressing protests, and harassing LBGTQ+ people. They commit murder in broad daylight with impunity. Should socialists have any interest in bringing the community together with these paid thugs in the service of capital?

Some will say that we need police to deal with the pandemic. But more than ever in a pandemic, police are there to protect the property of the rich, harass Black and Brown people, and defend extreme-right protestors. We do need workers to deliver food, provide medical care, and enforce lockdown measures — but these armed thugs from the NYPD are the worst people to offer essential services.

New York City could at this very moment send all cops home without pay, and use the vast sums to employ more nurses, janitors, and workers to deliver food and support the elderly. This is what a socialist politician would be calling for. Does that sound too radical to make it into congress? We can take an example from the socialist congresspeople in Argentina who not only call for the abolition of the police, but are always in the front lines when workers are fighting against police violence.