Why is Biden Escalating Tensions Between the U.S. and Russia?

Heightening tensions between Russia and the United States were on full display last week after a diplomatic row between the two countries. Like previous administrations, the Biden administration has quickly shown that it is unwilling to back down from U.S. imperialism’s aggressiveness. 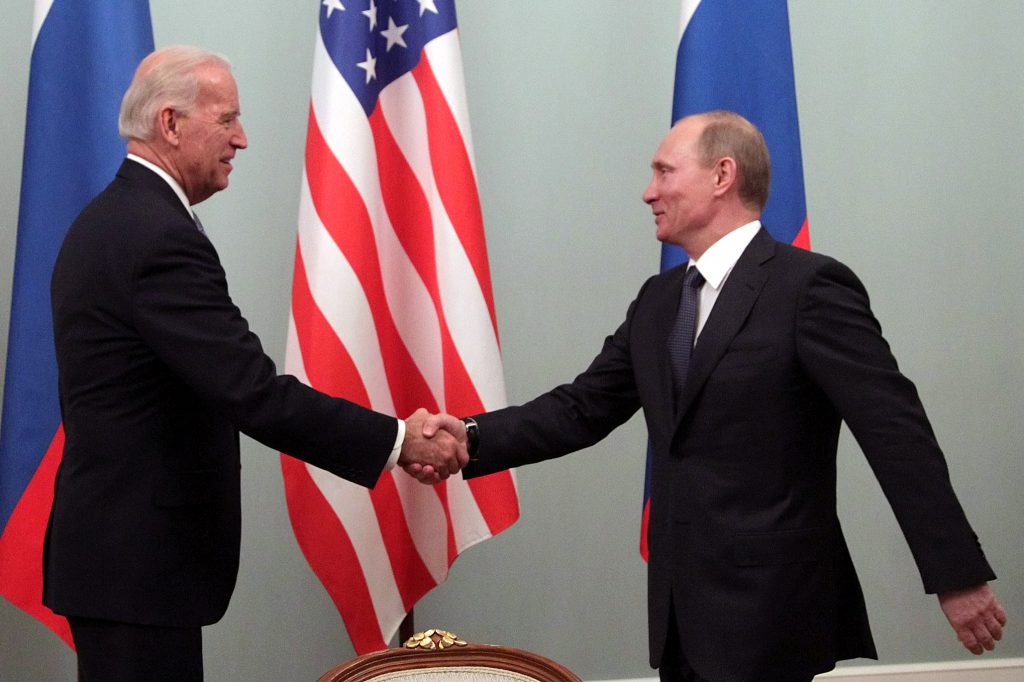 The Biden administration is pursuing a dangerously aggressive foreign policy toward Russia, reflecting promises Biden made about his administration throughout his presidential campaign. On March 24, Secretary of State Antony Blinken announced that the U.S. will support sending combat-ready NATO troops to deter Russia. This is a clear escalation against Russia, just one week after Biden chose to publicly insult Russian president Vladimir Putin.

In an interview on Good Morning America, March 18, Biden publicly stated that he believes Putin is a “killer” and that Russia will “pay a price” for alleged claims that Russia meddled in the 2020 U.S. election — these claims that Russia influenced U.S. elections have come from the same U.S. intelligence community that brought us WMDs in Iraq and countless other lies to justify war, so their veracity is questionable at best. Biden also has no leg to stand on criticizing the crimes of other world leaders after a long history of supporting U.S. imperialism.

A leader of the Democratic Party finding every opportunity to vilify Russia is not new. But that does not make it any less shocking that the president of the country with the largest nuclear arsenal is choosing to publicly insult and threaten the leader of the country with the second-largest nuclear arsenal. Biden has already demonstrated through his recent bombing of Syria that he has no qualms pursuing an aggressive foreign policy.

But this will be a challenge now that both nations are attempting to navigate a geopolitical situation that has been ruptured by the global pandemic and domestic and international crises that have changed the perceptions of both nations on the world stage.

Biden has justified his latest denunciations of Russia with a recent report by the U.S. intelligence community claiming that Russia, along with other U.S. adversaries, including China and Iran, tried to shape the outcome of the 2020 U.S. election.

The report’s main claim against Russia is that Putin authorized “influence operations aimed at denigrating President Biden’s candidacy and the Democratic Party, supporting former President Trump, undermining public confidence in the electoral process, and exacerbating socio-political divisions in the U.S.”

No foreign leader is to blame for Americans’ loss of faith in the U.S. electoral process or their being divided on key issues. This has resulted not from Russian influence — as the report and the capitalist news outlets claim — but from the contradictions of capitalism becoming increasingly transparent.

In 2020, the working class of the United States watched a pandemic ravage our communities while both parties of capital left us all to die. Trump lied about the severity of the virus, used the National Guard to suppress an immensely popular movement against the long history of anti-Black police violence, and still managed to gain 7 million more votes than he received in 2016. Biden barely won the presidency: the elections were a serious refutation of the neoliberal politics that he and the Democratic Party are known for.

Of course, Biden will never recognize these failures of capitalism because it was large sectors of capital that helped him pull ahead of Trump, reeling in 131 billionaire campaign donors while Trump only pulled in 99. To shield the capitalist class from criticism, Biden is now placing the unraveling of U.S. stability on foreign actors. Hence, “Putin influenced the 2020 election.”

The Protests in Russia

Against a backdrop of political tensions abroad, recent protests in response to the arrest of Russia’s most prominent opposition leader, Alexei Navalny, are creating a crisis for Putin within Russia. Back in January, Russians in close to 200 towns throughout the country faced below-freezing weather and attacks from police in order to hold demonstrations demanding Navalny’s release. The self-described “anti-corruption activist” received the support of the United States after he was arrested and charged with two and a half years of imprisonment for violating parole conditions set after a previous arrest in 2014.

The Biden administration has used Navalny’s arrest as a way to legitimize its claim to support democracy. Blinken has been using the usual “pro-democracy” calling card of U.S. imperialism to push his intensely interventionist view of foreign policy, which he appears to be carrying over from his time as foreign policy adviser to the Obama administration. In the past, Blinken’s supposed support for democracy has fueled chaos and destabilization in Syria and Libya.

Putin’s repression of political opposition is worth frowning on, but there should be no mistake that Biden cares about Navalny only as a way to protect the interests of the U.S. empire. This is why we never hear about Navalny’s far-right nationalist views or the fact that the United States continues to back violent authoritarian leaders who serve the interests of U.S. capital, such as Benjamin Netanyahu, Narendra Modi, and Mohammed bin Salman.

Further driving the Biden administration’s offensive stance toward Russia is the decline of global U.S. hegemony. In recent years, Russia has been taking advantage of power vacuums left in areas where the United States has failed to maintain its stronghold. But Russia’s attempts to maintain its own interests in its spheres of influence has not come without challenges. Most notably, Russia was put in a tough spot last fall when two of its allies, Armenia and Azerbaijan, went to war over the disputed Nagorno-Karabakh region.

The global pandemic has further disrupted geopolitical tensions and enabled Russia a window to insert its influence in areas where the United States is weak. This is because Russia has developed its own Covid-19 vaccine, the Sputnik-V, which has a 92 percent efficacy rate. While the United States and other wealthy nations are hoarding the Pfizer/BioNTech and Moderna vaccines for themselves, Russia is providing the Sputnik-V vaccine to some of the countries suffering worst from the pandemic.

Russia’s ability to provide vaccines to other countries has political and economic implications. From a diplomatic point of view, the United States’ inability to provide the world with vaccines owing to its absurd patent laws and privatized health care industry has given Russia an advantage on the world stage. The Russian vaccine has even received the approval of German chancellor Angela Merkel who has stated support for EU production of the vaccine.

Politically, Moscow’s vaccination efforts can also strengthen the alliance Russia has with other countries that the United States views antagonistically. Iran, Venezuela, and China have been three countries that both the Trump administration and now the Biden administration are escalating conflicts with. They are also three countries Russia is providing vaccines to. As a result, capitalist news outlets are finding ways to smear Russia and other countries that are providing vaccines where the United States has not.

In under 100 days, the Biden administration’s imperialist policies have clearly reinforced the idea that imperialism is an inherent feature of both capitalist parties in the United States. As the ruling class in the United States attempts to claw back its prestige and international influence against the backdrop of its hegemonic decline, we can expect that interstate instabilities will continue to threaten the international working class, especially workers living in oppressed countries.

It’s essential that socialists, particularly those in the United States, make it a priority to organize against the policies of U.S. imperialism. But rather than throwing our support behind Putin’s authoritarian, bourgeois regime, we must ally with workers across borders to uncompromisingly and independently defend our interests against the capitalist class and challenge the decadence of U.S. imperialism.