Why Is Palestine So Vulnerable to the Coronavirus?

The Palestinian territories are probably among the most vulnerable on the planet to the coronavirus pandemic. What will happen when the virus spreads to the Gaza Strip, the West Bank, and the refugee camps? 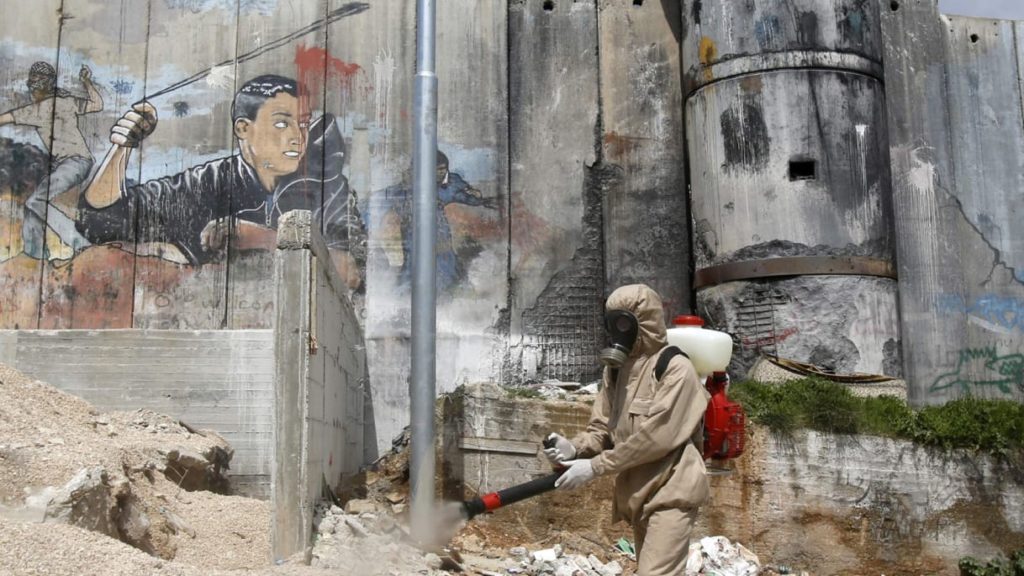 How did COVID-19 get into Palestine?

According to the press that covers the Middle East, such as Middle East Eye (MEE), the first cases of the coronavirus appeared at the Angel Hotel in Bethlehem. This city is located in the West Bank and is an attraction for tourists from all over the world who are drawn to the Church of the Nativity, the place where Christ is said to have been born.

According to sources, the workers in that hotel were exposed to Greek citizens who, once they arrived in their native country, tested positive for COVID-19.

In less than a week, the cases in the West Bank increased to 40 confirmed cases. The Palestinian Authority (PA) closed the city to tourism, as well as schools, universities, and public offices. It also forced the population into widespread quarantine  – the same method used in other countries.

But the West Bank and the Gaza Strip are abysmally different from the U.S. or Italy; there is a stark difference in their ability to face the coronavirus. The Palestinians are oppressed by the State of Israel. Among the million indignities and injustices of occupation is a lack of access to and control over medical or financial resources to act quickly. Imperialist countries like the U.S. (and Israel more locally) are primarily responsible for the precarious situation in the vast majority of countries in Africa or Latin America. What will happen to Palestine?

What are the conditions in Palestine?

The Gaza Strip suffers a permanent blockade at the hands of the state of Israel. It is an open-air prison that encloses almost two million Palestinians in 360 square kilometers. Housing conditions are marked by overcrowding, and more than 500 thousand people live in refugee camps.

Access to basic natural resources is administered by Israel, which also monitors and usurps Gazan maritime space, preventing fishing. Gazans largely rely on international financial aid through NGOs. According to UNRWA, the UN agency for Palestinian refugees in the Middle East, more than half of Gazans are experiencing a food emergency.

Obtaining water in Gaza is particularly difficult: 80 percent is contaminated, which makes drinking the water needed to survive a gamble. This obviously adds to susceptibility to more extreme cases of coronavirus and sickness in general. According to the WHO, a good diet is essential for fighting and surviving coronavirus, and access to water is essential for maintaining hygiene. It is also worth noting that, should one require hospitalization, Gazans face additional obstacles: electrical blackouts, for instance, are commonplace. Let us remember, too, that the hospitals are in ruins because of systematic bombing by the Israeli army, which claims that the hospitals house jihadists. In Gaza, people are deprived of the minimum conditions of survival by the state of Israel.

Until a few weeks ago, Netanyahu used the bombs dropped on Gaza to fuel his campaign for president. In these military operations, thousands lost their homes. While complying with the quarantine, they will not have a roof over their heads. The figures of the Palestinian Ministry of Health illustrate how dire the situation is in Gaza: at least 45 percent of resources qualify as “scarce.” In other words, not even minimal access to healthcare exists in Gaza, let alone the possibility of research or diagnosis.

In the West Bank, the situation is particularly critical where there are refugee camps, where people are living in a permanent state of exception under the yoke of the State of Israel with the collaboration of the Palestinian Authority.

Despite the state of emergency, the Israeli army continues to repress young people. The settlers have continued their rein of terror, entering Palestinian farming villages at night and destroying their olive groves.

There is no peaceful quarantine for the Palestinians. While they are quarantined and locked up, ultra-nationalist settlers, along with soldiers, are bulldozing houses in the West Bank. In Beita on March 12, the army killed a young man in demonstrations against settlers usurping new land.

An outbreak in Palestine would be catastrophic. According to UNICEF, 3 billion people worldwide do not have access to safe water and cannot buy soap  – the bare minimum for protection against COVID-19 and its spread. In other words, almost half of the world’s population is in conditions of extreme vulnerability, living in hyper-degraded urban areas.

In Israel, there are already more than 300 cases of coronavirus; daily, at least 400,000 Palestinians from the West Bank travel to the “Hebrew side” to work and are forced to go through crowded, militarized checkpoints. In these conditions, it is very easy to transfer the highly contagious virus.

So far, there are about 40 Palestinians infected in the West Bank. In Gaza, according to MEE, they are preparing for the worst with at least 50 Gazans sent to quarantine after returning from Israel and Egypt. There is a viral time bomb in Palestine, and Israel is primarily responsible for this situation.

It is critical that the repressive, racist, and colonialist State of Israel be dismantled. Only the organization of workers throughout the Middle East is able to accomplish this and provide quality humanitarian aid and healthcare to Palestinians. This would not only be the path to Palestinian self-determination but would also be the only way to truly avoid a potential catastrophe as a result of the virus.

First published on March 18 in Spanish in laizquierdadiario.es.

Capitalists Only ‘Trust the Science’ When It Suits Their Agenda