A DSA and AOC-backed candidate for district attorney in Queens is running on the promise to radically reform the DA’s office. However, a DA’s office cannot be reformed. Its entire purpose is to prosecute and imprison people on behalf of the capitalist state. 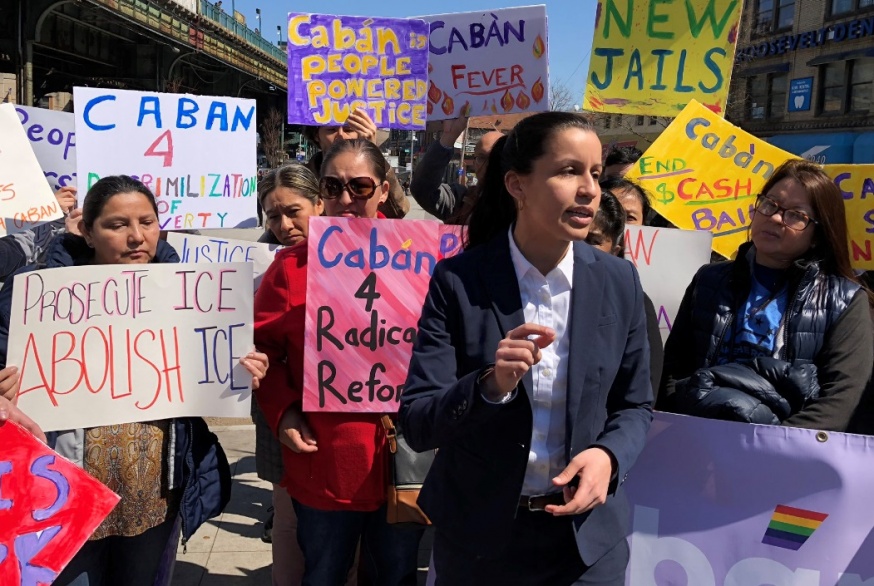 In recent months, public defender and self-described socialist Tiffany Cabán has emerged as a contender in the Queens district attorney race. The borough, which has about 2.3 million residents, is represented in part by Alexandria Ocasio-Cortez in Congress. Cabán has not only received the endorsement of progressive groups like Our Revolution and self-described socialists like AOC and the DSA, but she has also recently received the blessing of the New York Times’ Editorial Board.

Ostensibly inspired by reformist DAs like Larry Krasner in Philadelphia and Rachel Rollins in Boston, Cabán is running on a platform that aims to end the prosecution of offenses like low-level marijuana possession and fare evasion on the NYC subway. Cabán also backs the No New Jails movement in NYC and the campaign to decriminalize sex work. She recently shared that her overarching goal was to “stop thinking about criminal justice as a punitive system.”

Cabán sees no problems or contradictions between being a socialist and working as a criminal prosecutor in a country with the largest incarcerated population in the world. Candidates like Cabán know that DAs are historically problematic in nature – as they are expected to enforce racist laws and essentially support the functions of law enforcement. Their response is to stress that the best way forward is to weaken the power the office has by doing things like transferring criminal cases to civil court.

However, the idea that a district attorney’s office can be reformed to meet socialist demands is fundamentally flawed. Just as the police apparatus exists  to prosecute those that break the laws, the DA’s office exists to enforce a system of laws that enshrines private property in the highest of all altars, deports immigrant workers, and turns a blind eye on exploitation and oppression. They do so by working in tandem—when the cops arrest, the courts convict, and a system of mass incarceration ensues.

This system has become an integral force in our economy as a steady flow of practically free labor in the form of incarcerated people–largely people of color– is employed by companies like Victoria’s Secret. Consequently, capitalists are encouraged to advocate for a “tough on crime” stance so that they can continue hiring a large sector of the population at very low wages, all while boasting that their products are “made in the USA.” The police and courts, including the DA’s office, work together to keep things in place by breaking strikes, repressing protestors, and arresting vulnerable people for minor crimes. By having a tough enforcement agency, these terrible conditions and small sparks of rebellion are kept at bay.

While it may seem feasible to some to run as an insurgent DA candidate that aims to reverse the impact of years of corrupt and deeply racist DAs, it’s incredibly naive to think “campaigns like Cabán’s can also build up the Left’s capacity to confront the institutional power police hold in our cities,” as Jacobin claims. Dismantling a system whose entire existence relies on the capitalist state is not a task that will come easily. The experience of the past century and a half shows that you cannot achieve socialism by way of administering and reforming the capitalist state into extinction. Marx and Engels famously stated  that “the working class cannot simply lay hold of the ready-made state machinery, and wield it for its own purposes.”

Perhaps Philadelphia’s current DA, Larry Krasner’s time in office can shed light on how progressive prosecution is oxymoronic. Krasner ran as a reformer who was going to fight the oppressions of the DA’s office, but during his time in office he has prosecuted a trans activist who faced police brutality after attempting to burn a blue lives matter flag. He also initially opposed the appeal of Mumia Abu-Jamal, an activist who has spent decades on death row after being falsely convicted of shooting and killing a police officer.

Leftists should not be surprised by these betrayals; Krasner is an example of the misunderstanding that reform is possible through elected officials. He exemplifies the fact that the institutions of the capitalist state will always work in the service of capital. Krasner’s ineffectual attempts to “rethink” his office are indicative of this idea.

In the article District Attorney: No Role For a Socialist, Francesca Gomes challenged the idea that “a socialist can [e]ffect change and increase the power and mobilization of the working class through offices in law enforcement.” Any sort of validation or support for roles like the DA would set socialists back by directing working class efforts toward an inherently destructive and unjust arm of a capitalist system. The problem with running for the DA office is that it legitimizes the judiciary system, the state, and even the police.

Instead of trying to reform the DA office, we should respond to systematic state oppression by fighting against the illusions of a kinder and gentler capitalism. Theoretically, a socialist could use an electoral campaign for DA with the only purpose of exposing the atrocities and inadequacy of a capitalist state. Elections, when used on an independent working-class ballot, can raise workers’ class consciousness and help build a political identity for socialists and working-class people. However, Tiffany Cabán and all other“progressive” DAs cannot succeed in reforming a fundamentally capitalist system or in building a socialist movement.