The Workers Left Front — Unity stands to win more than a million votes in Sunday’s election in Argentina. The socialist Left can become an independent force in other countries as well. 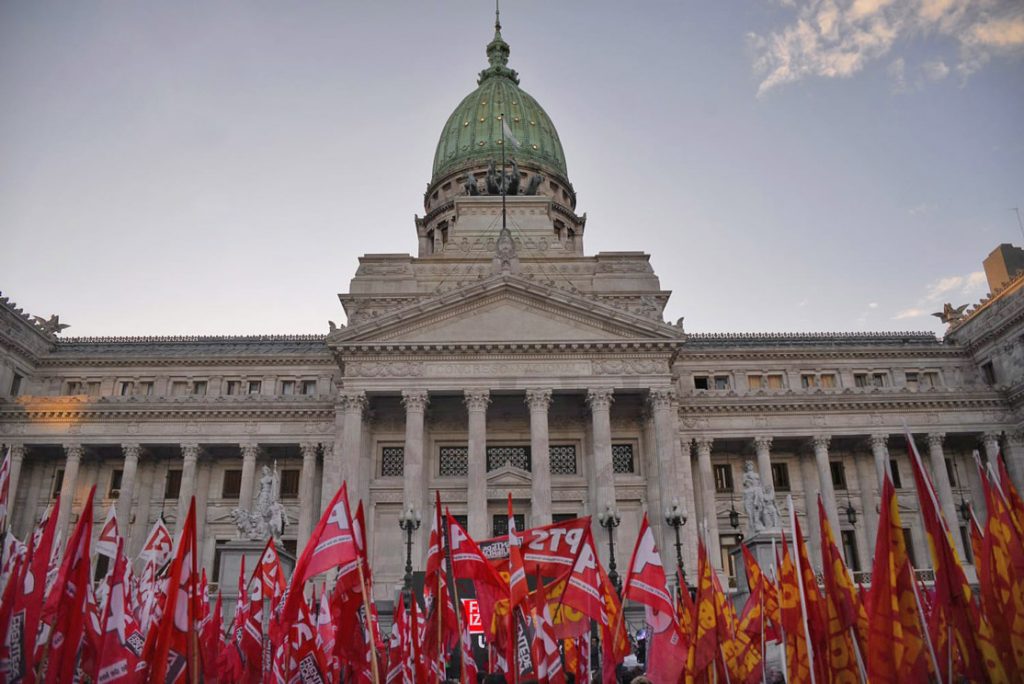 This Sunday, midterm elections are taking place in Argentina. There is not much coverage by the U.S. capitalist press, yet the vote is important for socialists around the world to follow.

Argentina’s president, Alberto Fernández, has been in office for two years. Coming from the Peronist movement that has dominated the country’s politics for generations, Fernández campaigned with promises of social justice. Yet he has been pushing through harsh austerity measures in order to pay off Argentina’s foreign debt.

Based on the results of the primary elections on September 12, it is safe to say that Fernández’s coalition can expect to get a shellacking. Right-wing forces around former president Mauricio Macri are set to benefit from disappointment in the government. There are also new far-right personalities trying to present themselves as fighters against corrupt elites. The expected defeat has led to conflicts between Fernández and his vice president, with former president Cristina Kirchner trying to distance herself from the austerity measures.

So far, much of this will sound familiar to U.S. readers. Disappointment in President Biden, after all, has led to defeats for the Democratic Party.

But there is an important difference in Argentina: while the U.S. is dominated by just two capitalist parties, in Argentina the socialist Left is an independent force on the ballots and on the streets.

During the primary elections two months ago, a socialist coalition called the Workers Left Front — Unity (FIT-U), became the third-largest electoral force in the country. The Left Front, as it is commonly known, got over one million votes, representing five percent nationally. For socialists in the United States and around the world, this is not just interesting — proletarian internationalism demands that we critically study this experience.

Argentina’s economy has suffered shocks due to the pandemic, but the problems are older than Covid-19. The government pays vast sums to the International Monetary Fund (IMF) and other imperialist creditors as part of the foreign debt — an eternal debt trap that can never be repaid.

Workers are being forced to pay this illegitimate debt, leading to social crises as well. 40 percent of people live in poverty and many have nowhere to live. In one famous case in Guernica, south of Buenos Aires, thousands of families occupied land and were evicted by allies of Fernández. This violent police repression made it possible to build a golf course.

Workers’ discontent is directed not just against the government, but also against the corrupt bureaucracies that run the unions. Historically, Argentina’s union leaders have been aligned with Peronism. This also represents a certain similarity to the United States, where for almost 100 years most union bureaucrats have aligned with a bourgeois party.

While historically tied to Peronism, the most combative sectors of Argentina’s working class are now turning to the socialist Left. The successes of the FIT-U mean that Trotskyists are present on television and at presidential debates. At the same time, Trotskyists are present in all the main struggles. In this way, elements of a revolutionary program are presented to the masses.

Argentina’s Left Front is not a “new Left” or a “broad Left” or a “neo-reformist” party along the lines of Syriza in Greece or Podemos in Spain. The Argentinian press refers to the FIT-U as the “hard Left” because it is a coalition based on the political independence of the working class from capitalist forces. It does not include reformists who seek to administer the capitalist state. Instead, the FIT-U seeks to create a workers’ government, based on the mobilization and self-organization of the exploited and the oppressed. The goal is a complete break with capitalism and imperialism.

The Left Front is not just an electoral phenomenon. The candidates of the FIT-U are workers, such as Alejandro Vilca, an indigenous sanitation worker from Jujuy; Nicole Salvatierra, an activist from the land occupation in Guernica; Claudio Dellecarbonara, a subway driver from Buenos Aires; and Raúl Godoy, a ceramics factory worker from Neuquén who led the struggle to occupy the workplace and produce under workers’ control.

In contrast to clichés about “progressive” votes coming from the upper middle classes, the FIT-U is actually strongest in Argentina’s poorest and most working-class regions. In Jujuy in the far north, where the majority of the population is indigenous, Vilca got over 20 percent of the vote. Similarly, the province of Buenos Aires around the capital, where Argentina’s industry is concentrated, is a stronghold of the Left.

The FIT-U is fundamentally different from other new left-wing phenomena internationally. The Frente Amplio (Broad Front) in Chile, for example, also represents a left-wing force that has emerged in the last ten years. But the Frente Amplio is reformist, and aims to win power through elections. As a result, this party signed an agreement with the government of right-wing billionaire Sebastián Piñera to defuse the mobilizations of October 2019.

The FIT-U, in contrast, represents a program of confrontation with the bourgeoisie. It calls for the nationalization of the banks and foreign trade, as well as the immediate repudiation of the foreign debt. They call for the socialist unification of Latin America in order to expel U.S. imperialism from the continent.

The Left Front’s representatives in congress, such as Myriam Bregman, are not there to make deals with ruling-class politicians. Their revolutionary parliamentarism is intended to foster mass mobilizations. As Nicolás del Caño, the leading candidate of the FIT-U, put it in a speech at the final campaign rally yesterday, “On Sunday we can win seats in congress to support the struggles of working people.” (The speech in Spanish.)

After the elections, Argentina could see further polarization, and even new explosions against austerity policies. The Trotskyist Left is already a visible factor on the political stage — millions of workers are already familiar with Nicolás del Caño, Myriam Bregman, and Alejandro Vilca. This is invaluable for connecting new workers’ struggles with a socialist program to end capitalism.

The FIT-U can serve as an inspiration for the Left internationally. In Chile. where parliamentary elections are taking place one week later, the factory worker Lester Calderón is running as part of the Revolutionary Workers Party (PTR). In France, the railway worker Anasse Kazib is preparing to run for the presidential elections next year for the Revolutionary Communist Current (CCR).

What about the United States? Here, the largest organization that calls itself socialist is part of the Democratic Party. The Democratic Socialists of America (DSA) has tied itself to a wing of the ruling class — and a very unpopular one at that. But there is an alternative. Just like socialists 100 years ago, we can fight to make the workers’ movement a political force independent of both parties of the capitalist class.

It is easy to think that the political system in Argentina is too different from the U.S. regime for an analogy to be useful. But the FIT-U did not fall from the sky. When Kirchner was in power, many Argentinian socialists let themselves be sucked into a bourgeois party. Further forces were wasted trying to construct “broad left” parties with no clear program and dubious figures.