Why the IMF is Losing Hope in the Economy

Economist Paula Bach describes the contradictions that lie behind the current market volatility and why the “experts” are losing confidence in the global economy. 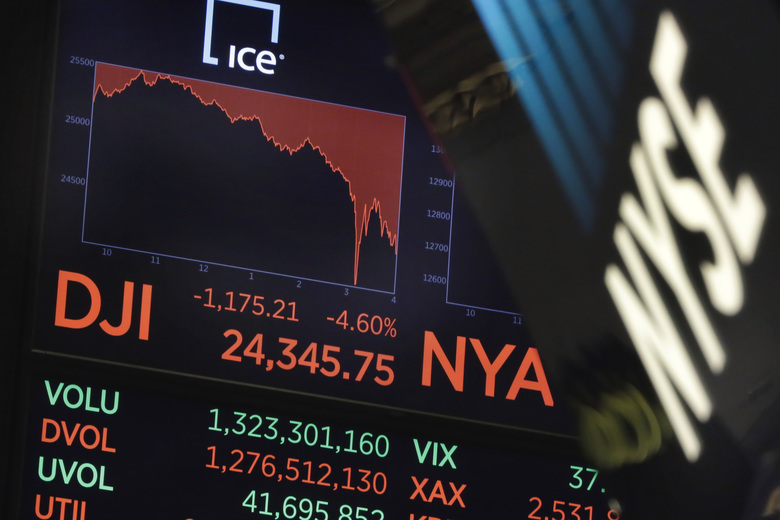 The global economy has seen a period of moderate recovery since 2016 – with a slight improvement in growth in central countries as a whole. This recovery has been greater than that which took place in the years after the collapse of Lehman Brothers but insufficient to overcome the stagnation that has prevailed since 2008-9. Despite the propaganda, which naturally emphasizes the former, international banking and financial organizations such as the IMF or the OECD cannot avoid recognizing the latter. Furthermore, according to the OECD, the current global trend will reach its peak in 2018, after which we will see another decline. The IMF, meanwhile, has indicated that the average growth of advanced economies will decline as soon as next year.

The relative contradiction inherent to a somewhat more vigorous recovery achieved on weak foundations has given rise to two closely connected phenomena. The first is related to the structural problems that affect not only the short term but also the medium and long term or, in other words, the fate of the capitalist economy. We addressed this discussion in a recent article, in which we highlighted that the fact that international agencies are losing hope in the medium and long term. The second, more limited, discussion is the one we address here, in reference to the state of the financial tensions that have been building up in the current conjuncture.

As we have seen throughout the almost 10-year period following the Lehmann Brothers collapse – and in line with the trends during the decades of neoliberalism – the economy continues to be based on the exuberant growth of financial markets. As Argentine economist and finance specialist José Siaba Serrate pointed out recently, a bull market began in 2009 and stock market prices on Wall Street have increased four-fold since then. Further, as Michael Roberts indicates, S&P 500 companies bought 3.5 trillion dollars of their own stock from 2010 to 2016, which is 50 percent more than in the previous expansion.

However, what stands out about this period of recovery is not only the pace of increases in share prices , but also the fact that the stock market rise rests on on particularly weak foundations within the “real economy,” which has yet to return to its pre-crisis levels. We discussed this issue on several occasions through a critical examination of the “secular stagnation” theory.

The contradiction between the growth rate of the real economy and that of share prices continuously increases the risk of a market crash. This has become a central factor in a conjuncture marked by a series of particularities. On one hand, Trump’s arrival to the White House drove the stock market upwards in what has since been called the “Trump rally.” However, despite an improvement in the performance of the main structural variables of the global economy – such as investment, productivity and global trade – overall progress in this area has remained generally weak, leading to a continuous, contradictory dynamic.. Lastly, the prolonged rise in market values, which are nearing historic peaks, has made it increasingly likely that we will see what finance specialists call a “correction.” [Ed. note: This article was written before last week’s correction took place] Let us look at this aspect more closely.

According to the IMF, share prices continue to rise and are nearing historic peaks. The OECD has warned that financial risks are also increasing in advanced economies, with the long period of low interest rates aimed at promoting a greater assumption of risks and further increases in share prices, including in the housing markets. Stephen Roach has indicated that the growth experienced by the main economies has been based on historically low interest rates for loans and an increase in the debts of both corporations and households. He adds that risks tend to be much greater today than a decade ago, not only as a result of the projection of inflated balance sheets, but also due to overvalued stock. (Comments made by the IMF, the OECD and Stephen Roach were taken from Michael Roberts’ article: Forecasts for 2018: the trend and the cycles).

In the same article, Roberts asserts that stock markets are grossly overvalued, at least with respect to historic trends. He adds that “the cyclically adjusted price-earnings (CAPE) ratio of 31.3 is currently about 15 percent higher than it was in mid-2007, on the brink of the subprime crisis” and highlights the fact that “the CAPE ratio has been higher than it is today only twice in its 135-plus year history – in 1929 and in 2000.”

An Argentinian private banking executive highlights the “absolute euphoria” currently prevailing in the stock markets, especially in the United States. This euphoria has extended to the emerging markets, which have hit 10-year highs and to Japan, which has reached its highest levels since 1991. He adds that China is returning to 2015 levels, that the Brazilian Bovespa is nearing historic peaks and that in Argentina, the Merval index has gone through the roof. However, as indicated by this source, stock market highs tend to be accompanied by low prevailing volatility. He thus points out that the indicator that measures bullish market sentiment among investors is currently at 64.4 percent, while the bearish indicator is at 13.3 percent. The last time similar levels were measured was in 1987, the year of the U.S. stock market crash.

Serrate has also stated that Wall Street has hit historic highs after breaking a series of records in 2018. He notes that while before Trump took office the bull market had never passed the threshold of 17 times the earnings projected for the following year, today it is nearly 18 times the projected level. According to Serrate, in these conditions, “a bearish drop should not come as a surprise to anyone.” The tone of Serrate’s analysis is reassuring, based on the “strength of the foundations,” the “robustness of the global economy” and the care taken by Trump to avoid upheavals in areas to which the markets are particularly sensitive, or on the basis of forecasts of U.S. earnings growth due to the recently passed tax cuts. However, he admits that “the rise in stock prices was even more vigorous than the progress made in the foundations” and that – at least for now – the situation is complicated for Trump. According to Serrate, there is plenty of margin for a correction to occur without altering the underlying trend.
The problem is that the possible ramifications of a “correction” cannot be dissociated from profound structural factors or “political” conditions.

On one hand, it is true that current stock market conditions are very similar to those prevailing during the “correction” of 2016. In mid-2015, the ratio between stock prices and the GDP in the United States was 123 percent compared to an average level of 68 percent over the previous 65 years. That level, which was higher than the one reached in 2007, had only been surpassed by the Dot-Com bubble in the year 2000. It was already said at that time, in 2015, that a 50 percent market drop was required just to return to the high historic average. The CAPE index referenced by Roberts was also at 27 percent at the time, when its value had only been surpassed in the year 2000 or in the Wall Street crash of ’29. The Shanghai and Shenzhen stock markets were also at levels similar to those it is currently nearing in 2015, when a stock market collapse shook the global markets in August of that year. Both the episode of the Chinese stock markets and the significant Wall Street “correction” of 2016 were absorbed and did not result in a scenario anywhere near as extreme as that of the collapse of Lehman Brothers. It is also true that today, beyond the various discussions on the effects of Trump’s tax cut, which essentially benefits the 1 percent, earnings after taxes will increase. This could reinforce the stabilization of profitability levels, which occurred in 2017 after the 2014-16 drop, according to Roberts. Furthermore, it is quite clear that Trump will do everything in his power to avoid upsetting Wall Street, since a financial collapse could very likely mean the end of his term in office.

However, the structural conditions indicate that the weakness of the economy is profound and that corporations currently lack a “new enterprise” to qualitatively strengthen the “foundations.” Meanwhile, the rise in financial assets continues to surpass the rate of effective production of wealth (or the “real economy”) and this persistently creates the conditions for a new catastrophe – the market turbulence associated with the Bitcoin bubble is a symptom of this. The amount of capital that could flow into the United States after the tax reform is still uncertain and, in any case, that mass of capital will most likely promote the creation of a new bubble and put additional pressure on the global economy. Although it is very likely that the new Fed Chairman will continue Yellen’s conservative line, the attempts to “normalize” rates and the injection of money – which is a global trend – in an “abnormal” situation involves serious risks. Especially considering that the cheap money created by state policies is one of the cornerstones of a recovery that is still weak.

Lastly, the economy cannot be properly analyzed outside of its political context. The possibility of a stock market correction or a series of such corrections that may be ultimately absorbed by the economy without a serious collapse is always a possibility. But the ramifications of such a situation should not be considered in terms of the scenarios prevailing in 2015 or 2016. Today, Trump is in the White House, Theresa May is steering the Brexit negotiations, a weakened Angela Merkel is barely managing to form a government for her fourth term, the pro-independence movement continues in Catalonia and Macron is struggling to preserve the unity of Europe. Meanwhile, China has remained on course as a threatening factor and global military tensions are on the rise. The political consequences of a particularly weak economic growth will sooner or later have repercussions on the economy itself.

But even if no serious collapse occurs – at least in the short term – the most novel factor is that global organizations are losing confidence — the last thing they should be expected to lose, at a time when the global economy is performing better than it ever has since the collapse of Lehman Brothers.