Winners and Losers of the Paris Agreement

The Paris Agreement is the first of its kind in history; that much is true. But the real gains in terms of Climate Change prevention are negligible. Here’s why. 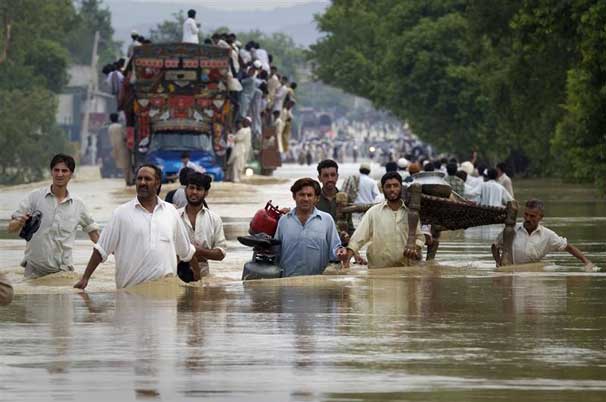 In the run-up to the COP21, overwhelming popular pressure pushed governments and industries to offer a solution to climate change. All previous attempts to strike an international agreement on the matter have drifted away since the first meeting in Rio de Janeiro in 1992. In a global situation of lingering economic crisis and social despair, where the legitimacy of numerous governments has been considerably weakened, yet another failure to sign an agreement – of any sort – would have been explosive. This is why the main winners coming out of the deal are those who wield political and economic power: government top officials, company owners and CEOs. The global economic establishment came out at least partly legitimized after the COP21.

All countries arrived to the meeting with pre-cooked emissions reduction targets. On the one hand, these voluntary pledges put forward by each country were not debatable. At the same time, they promise a safe path to climate disaster. A report by the United Nations Framework Convention on Climate Change (UNFCC) released in October already warned that “much greater emission reductions effort than those associated with the [intended nationally determined contributions] INDCs will be required in the period after 2025 and 2030 to hold the temperature rise below 2 °C above pre-industrial levels.”

Since the document required unanimous consensus, the least ambitious target served as the lowest common denominator. World leaders convened in Paris to agree upon each other’s set-in-stone targets. It was a farce: the only way not to miss the “historic opportunity” to greenwash governments, the UN, other international organizations, and the “dirtiest” companies in the world was to rubberstamp a token agreement. They learned the lesosn from the scandalous failure of the Copenhagen Summit (2009)

An Agreement with No Teeth

Despite the grandiose words of Barack Obama and François Hollande, the Paris climate accord will be dead letter unless a real commitment is made in the future. The agreement is not legally binding and no fines are included in the document for nations that exceed the limits they set for themselves.

The whole agreement almost collapsed when a sentence in article 4 was changed from “wealthier countries should set economy-wide targets for cutting their greenhouse gas pollution” to “wealthier countries shall…” turning the recommendation into an obligation for the signing parties. It was quickly switched back to the original.

If global warming goes beyond 1.5° Celsius, the poorest, most vulnerable countries will suffer the consequences first. These countries, like Indonesia or Bangladesh, have no power to direct the negotiations to their benefit and will bear the brunt of the pollution produced by industrialized economies. The world’s top economies will readily sacrifice them to the Gods of polluting capital.

Furthermore, studies show that fossil fuels should be kept almost entirely in the ground to stay below the 2° C threshold. But the entire document fails to say a word about fossil fuels. Similarly, the impacts of shipping and aviation were omitted, when emissions produced by shipping alone are comparable to those produced by Germany as a whole– and these levels are steadily rising.

This is why organizations like Friends of the Earth International described the agreement as “a sham.” Similarly, climate scientist James Hansen said to The Guardian “It’s a fraud really, a fake. It’s just bullshit for them to say: ‘We’ll have a 2C warming target and then try to do a little better every five years.’ It’s just worthless words. There is no action, just promises.”

Usual Losers and Some New Winners

There were some clear losers: the population in the global south, the millions of dwellers of lower income countries where vast expanses of land will be flooded when the sea level rises. India’s poor population is greatly affected by “Monsoon” storms and related destructions, while its own bourgeoisie still relies heavily on coal-energy.

These disenfranchised population, impoverished to the extreme and with no way to make their voice heard, may have just found a strange bed-fellow. The soaring green energy industry from Trina Solar to Siemens’ windpower development will no doubt benefit from any push for a complete switch to renewable energy. Already, scores of world-leading companies have pledged to turn to 100% renewable energy by 2020 .

However, many of the dirtiest industries in the world were sponsors of the summit, funding 20% of the nearly 200 million dollars of total costs. We know there is no such thing as free lunch: the global south will pay the bill.