This past Monday saw a military coup in Burkina Faso, with President Kaboré removed from power. It’s another sign of how the position of French imperialism in West Africa is being destabilized — and the French are worried. 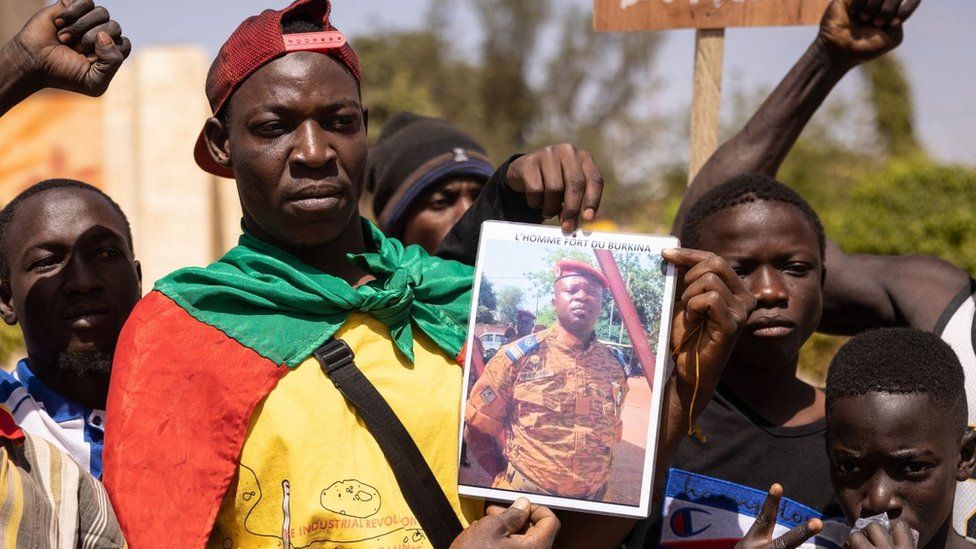 This is the third coup d’état in eight months in West Africa.

Another Crisis for French Imperialism

According to a Tuesday article in Africa Intelligence, French diplomats and military personnel had been preparing since September for the possibility of a coup organized by the Burkina Faso army and had proposed an emergency exfiltration of President Kaboré on Sunday. The crisis is part of a serious destabilization of the French position in the region, which has flowed from earlier coups in Guinea and especially Mali; growing and deepening rejection of imperialism and military operations, such as Operation Barkhane; and now the Burkina Faso coup.

Colonel Paul-Henri Sandaogo Damiba (himself a French-trained soldier), who led the coup, characterized it as necessitated by the inability of the state to deal with the proliferation of terrorist groups such as al-Qaeda in the Islamic Maghreb (AQIM) and the Islamic State and their attacks, which have displaced more than 1.6 million people over the past three years. Following its takeover, the military announced a curfew, closed the country’s borders, and suspended the central government, the National Assembly, and the constitution.

The army’s action underscores the powerlessness of the Kaboré government to deal with the jihadist attacks that have killed more than 2,000 people in recent months. It masks the army’s own responsibility for serious abuses, such as those denounced in 2020 by journalist Rémi Carayol in OrientXXI, including raids and massacres perpetrated on civilian populations by the army in its alleged fight against rebel and jihadist groups in rural areas. Meanwhile, the French army has played an important role as a genuine occupation force in the rural areas of West African and the Sahel through Operation Barkhane.

The specter of additional destabilization of the French position, beyond what is already unfolding in Mali and Guinea, is quite worrisome to France and the Economic Community of West African States (ECOWAS). French president Emmanuel Macron has condemned the military coup in Burkina Faso, while indicating he would continue to rely on collective decisions of ECOWAS. Keep in mind that by organizing a historic embargo against Mali, ECOWAS has recently demonstrated its role as subordinated to French imperialism’s interests in the region.

Out with French Imperialism! Out with the Military!

The promise of a return to a “constitutional order accepted by all” recalls the images of the ousting of Ibrahim Boubacar Keïta in Mali in August 2020, before the current Malian president Assimi Goïta announced a democratic transition planned for in 2025. As usual, Macron denounced the coup based on his flexible reading of and respect for the constitution; he had supported the 2021 coup in Chad led by ousted president Idriss Déby’s own son.

This crisis creates new openings in the region for other powers. This could explain the statements made by Yevgeny Prigozhin, the Russian businessman (reputed to be close to Putin) and presumed leader of the Russian paramilitary organization the Wagner Group — which is already causing much concern in Mali. Prigozhin has indicated that he would like to share his experience with Burkina Faso’s military. However, there can be no confidence of any kind in Russia and its paramilitary groups for some sort of fight against imperialism.

This crisis also unfolds in the context of the Malian government’s repeated demands for the withdrawal of Danish troops from the Takuba operation in its territory, as a warning to the increasingly complex French position in the country.1Translator’s note: The Takuba Task Force is a Swedish-led military task force that is advising and assisting the Malian armed forces, and even accompanying the Malians in some active deployments on the ground.

In this situation, the military position of France and the region, along with its regional vassals organized by ECOWAS, must be strongly denounced. Imperialist aggression by France and its allies is creating legitimacy for militarized states in Mali and now Burkina Faso. We can have no illusions in any of the local coup governments. As we wrote previously:

But it is not by backing the military that they will put an end to neocolonial domination. The working class and all the exploited and oppressed will very quickly find that a dead end. They must find a way to build their own political organization that is class-based and independent of the imperialists, but also independent of the army and of the different factions within the national bourgeoisie, which since Mali’s independence has demonstrated that it knows how to continue accommodating foreign powers.

First published in French on January 27 in Révolution Permanente.