Work in the Time of Coronavirus: Coronavirus came and my company kicked me to the curb

The son of a retail worker shares how their mother was fired in the midst of the pandemic and lost crucial benefits like health insurance as a result. 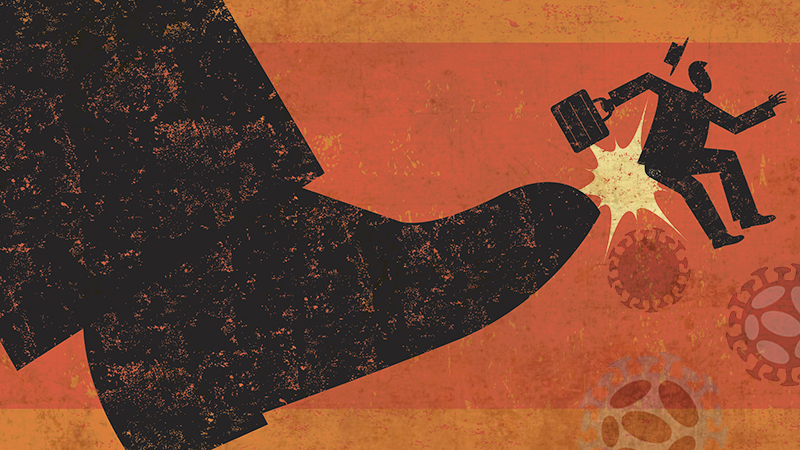 I am writing this on behalf of my mother, who was a General Manager at Modell’s Sporting Goods. Modell’s had filed for bankruptcy at the beginning of March, just before the COVID-19 pandemic started to affect American businesses. After the company filed for bankruptcy, the liquidators told them that the process would take four-to-nine weeks, with bonuses going to the workers who stayed through the closing. Well, not even two weeks later, the company sent them an email on March 22 stating that “As of March 22nd, 2020, your employment is terminated” as the stores were open the night before on March 21. With that, the company canceled all benefits, including medical insurance during the time of the COVID-19 pandemic. Now, my mother, and nearly four-thousand employees, are out of a job that they had just a day prior. The stores are still full of merchandise and my mother’s personal belongings are still in there. The liquidators were all sent home, with no inclination as to the future. A company that prided itself on being a family business, after 100 years, threw their associates out the door into the mud saying “sorry” before closing the door. With that, thousands of employees, who might need that insurance during this pandemic, are no longer covered and are out of a job. During this tough time, companies are finding a way to protect themselves and their money at the cost of the worker, who needs it most.