Work in the Time of Coronavirus: Living on the Edge of a Cliff

For many, making a living in the United States means taking out substantial debt and working long hours at more than one precarious job. An education worker and playwright speaks out about how the coronavirus outbreak has exacerbated tensions that existed before this crisis. 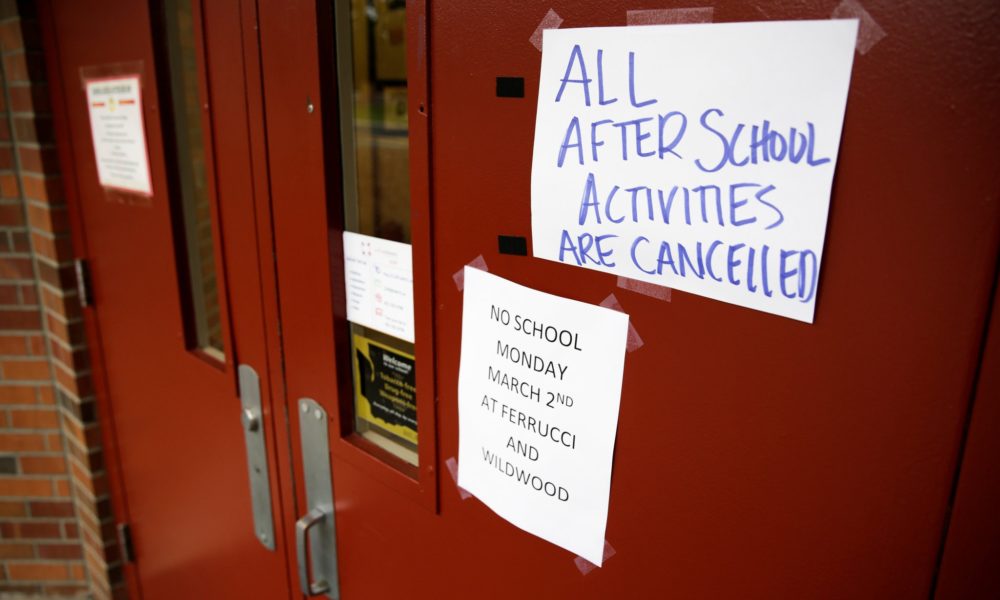 I have been living on the edge of a cliff since I was a kid. I always had money to go get a cheap dinner or a bad movie in rural Ohio, but beneath the surface, my family was always one moment away from financial collapse. It happened numerous times, but we were lucky enough to come back from it.

When I chose playwriting and education, I knew the negatives: student debt, constant hustling, low paying apprenticeships, multiple jobs, living in a church until I was financially stable, and the constant fear that I’d be back in Ohio with no money and the town looking down on me as a failure. A person that got out but failed. Someone who now comes back with their tail between their legs and will now become the regular at Wal-Mart.

But everything changed. I have been working my ass off. I have been able to work for great people and make money to survive. Just in the last four weeks, I had two very successful residencies back to back, a sold out run of a workshop of my first play, and most importantly, a stable education job that was paying the bills, giving me financial freedom, and for the first time in 8 years, the ability to finally get health insurance.

Then this virus came…

They closed down the school without warning.

They aren’t telling any hourly employee if they will be paid for time off.

They aren’t offering us any other avenues to look at for making money.

And I should have known…

One job docked my pay for a day’s work when my partner was sent to the ER. She was scared. She had no other family in the area. I needed to be there.

One job offered to fly me home after my dad almost died the first time because I couldn’t afford the plane due to the lack of pay we were receiving. Then the next day told me that I needed to set up a payment plan with them for the ticket. I didn’t see my dad until 4 months after the accident. After I saved up money and a family friend helped pay for the way back.

This current job:  A job where rich kids tell me they won’t listen to me because I’m not their mom. A job where I’m consistently misgendered by my coworkers still after 6 months. A job where we are consistently yelled at by undisciplined children who want to just use their phones. A job where despite all that shit, I love those kids and will help them no matter what. This job acted as though my dad dying was an inconvenience. “How can you afford to take more time off? Do you know how much money you’re losing?”

I have worked on Thanksgiving, on days off, through my dad’s first potential death bed. I’ve taken shifts when other people got drunk because I thought it would help my position. It would help me set myself up for success. And now this virus hits and you see that it’s all about money. If you are hourly, you are expendable until you’re not. You are forced to live on the edge of the cliff until you either fall or get granted permission to move on.

All I’m asking is for some respect…