Work in the Time of Coronavirus: “Walgreens is a Billion-Dollar Company, But They Do Not Care About Their Employees At All”

A technician at a Walgreens pharmacy in New York talks about working conditions during the pandemic. He is considered an “essential” worker. He and his coworkers are forced to face many of the dangers that frontline workers in hospitals are facing. 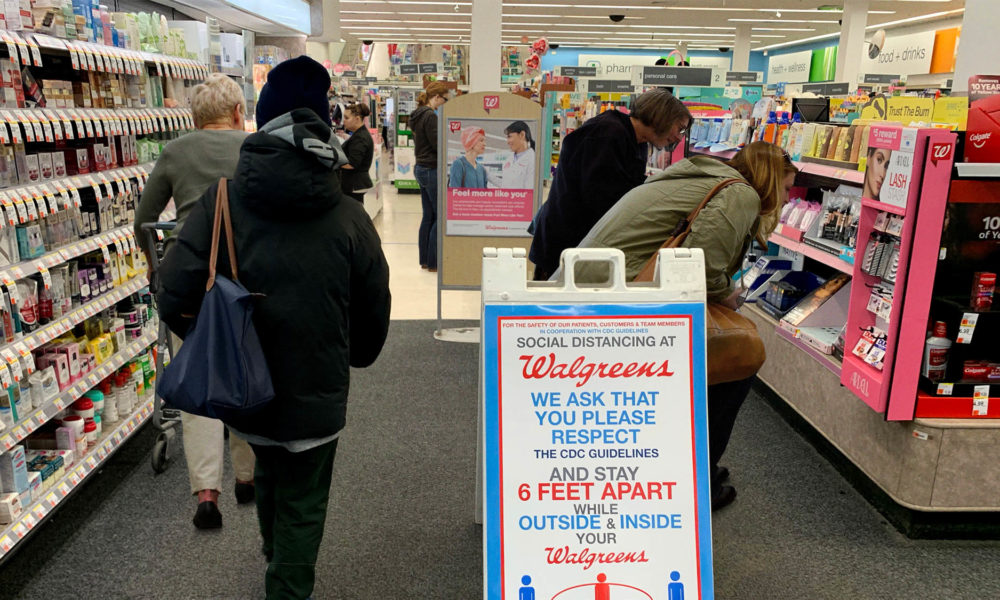 Do you receive paid sick leave?

The only time you could receive sick leave is if there’s a chance that you’ve been exposed to the virus — besides that, no. If you feel you’re uncomfortable at work, you’ll have to take time without pay. I’ve had two coworkers that’ve been gone for a month and they only received pay for two weeks because they had to go into quarantine. But for the other two weeks, they’re not receiving pay. What’s sad about this situation is that people who are forced to keep working for the pharmacy are those who can’t afford to go without pay and if they wind up getting the virus they’ll just be forced to figure it out… or possibly die.

We’re put in impossible situations in which we have to choose between getting evicted or catching the virus, and many times the people in these situations are Black and Brown people. They won’t even give us hazard pay. They tell us because we have the plexiglass screen and occasional cleanings, we’re not in hazardous scenarios, even though four people caught the virus already. All we get is a 150-300 dollar bonus.

I work in one of the most infectious places in Long Island: Franklin Square, close to Hempstead, a Black working-class community that is also one of the hardest hit areas.  There’s a plexiglass that separates the customer from the workers in the pharmacy and in the front. We all have to wear masks and gloves; they won’t let a customer in the store without a mask at this point, and only ten customers are allowed into the store. So there’s someone always by the door counting how many people are in the store.

Despite all this, we still had four people who tested positive within our store. One of the people who got infected had mild symptoms so she wasn’t out for very long. By the fourth case, the company only resolved to close the store for three hours. The company doesn’t care. They’re telling people it was a routine cleaning, but if it was routine, they wouldn’t have closed the store in the middle of the day. It’s obvious that they’re just trying to cover up that someone else had contracted the virus.

The pharmaceutical company didn’t even provide masks when the virus began spreading more. My manager had to find their own and supply them to the staff. Today masks are more available in the store, yet these conditions still don’t feel safe.

How frequent are your interactions with people?

Since I work in the pharmacy, it is my job to interact with people on a constant basis. From talking to customers personally to standing close to my coworkers, using the same phones and the same computers. There’s no way to limit my interactions between my coworkers and the general public.

Can you receive time off if you live with someone at high risk from the virus?

No, like I said before, you won’t receive any compensation if you live with someone who is at high risk. I have a grandmother who is 83 years old; she has a couple of respiratory problems, so if I get the virus, she will be at high risk. They will not offer you sick leave. This is a billion-dollar company, and they don’t seem like they care… no, actually: they do not care about their employees at all.

How are workers feeling?

Most of my coworkers are stressed. For multiple reasons. Some have been working constantly to fill in the gaps for people who have left or are at home. Like me, I’ve worked for two weeks straight, at one point covering for my coworkers. Everyone is stressed or tired. Even now in the store, we made nicknames for a group we call “the big three.”

We’ve been working since the virus got bad. So we’ve been from the beginning to the peak. However, some coworkers are coming back. Some of them take it day by day. Others are annoyed that we don’t get hazard pay, better equipment to stave off the virus, or just precautions to limit our interactions with customers. But this is a store that provides pharmacy and grocery stuff, so there’s no real way to stop that… it’s Walgreens business model.

Is there a union?

Currently, there is no union for Walgreens in New York. I spoke to a coworker who recently came back to work and we were talking about ways to get a union. But as of right now, we don’t even have people for a strong organizing attempt. I wanted to write a letter to corporate, but my coworker told me it’ll be dead on arrival. So that stopped me from doing anything really.

Capitalism won’t heal this crisis. Left Voice is highlighting the impact of the COVID-19 crisis on workers and the oppressed. Send us your stories and experiences at contact@leftvoice.org.