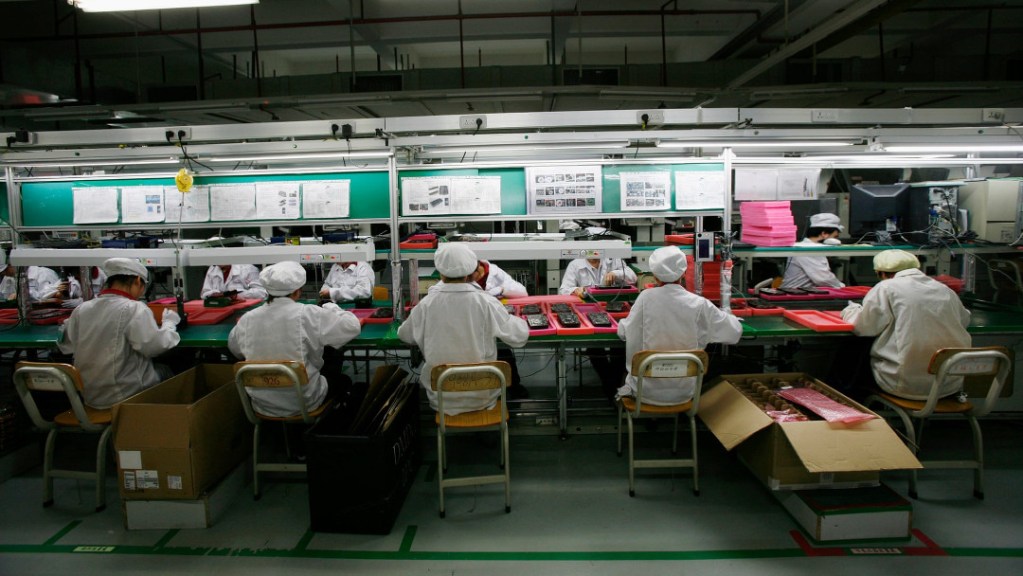 Last week, thousands of women workers at the Foxconn iPhone assembly plant in Chennai, India said “enough” to their horrible working conditions. Those conditions were an open secret, but the women had continued to endure them because they needed the jobs and housing; they simply hoped for improvements.

That approach lasted until nearly 300 workers began to get sick — a number that grew quickly.

The specific conditions to which these women have been subjected include rotten food with worms, and having to sleep in crowded dormitories with between six and 30 women to a room, many without toilets or running water.

The protest began when 17,000 plant employees said “enough” and workers set out to block one of the main highways in Chennai, capital of the state of Tamil Nadu.

The work these women do consists of assembling iPhones for Apple, which outsources this labor to the Taiwanese company Foxconn. The protest against these miserable conditions comes just as Apple is increasing production of its iPhone 13.

Reuters was able to interview some of these workers — “all of whom requested that they not be named because of fear of retaliation.” One woman said, “People living in the hostels always had some illness or the other: skin allergies, chest pain, food poisoning.”

Last Wednesday, after the protest, bosses from Apple and Foxconn told reporters — with unparalleled cynicism: “We found that some remote dormitory accommodations and dining rooms being used for employees do not meet our requirements.”

Foxconn violated the state of Tamil Nadu’s labor laws that require at least 120 square feet of living space for each worker, and that housing must comply with hygiene and fire safety regulations. None of these regulations were being met.

The food poisoning outbreak is under investigation, and Foxconn cannot reopen its factory until it guarantees proper conditions.

Only one thing made Indian authorities in both the city of Chennai and in the state of Tamil Nadu halt their own complicity in the conditions faced by these women that work and live in the Foxconn facilities: the decision these women took to stand up, protest, and demand improvements in their working conditions.

First published in Spanish on December 30 in La Izquierda Diario.