Imagine taking over the factory you are working at. Imagine working without bosses. Imagine full democracy at the workplace. This is the story of the workers at the MadyGraf printing plant in Argentina. 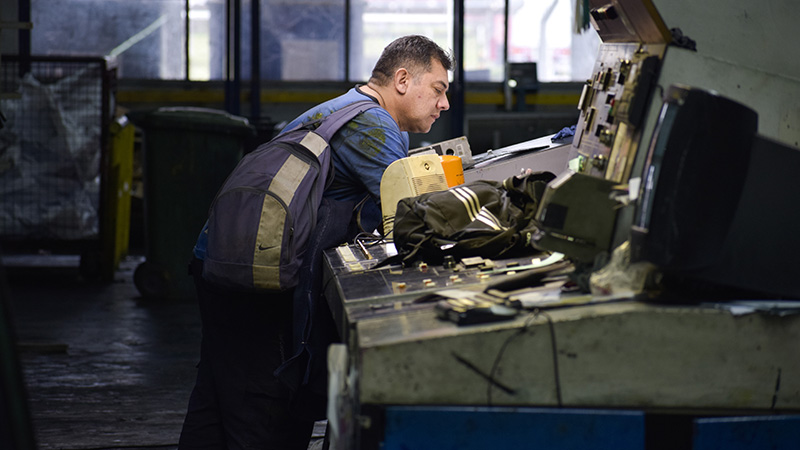 Many are familiar with the story of Zanon, the ceramic tile factory in Neuquén Province in Southern Argentina that was taken over by the workers in 2001/2002. The reason why Zanon – now FaSinPat, Fábrica Sin Patrones (Factory Without Bosses) – has become well-known all over the world is because of the 2004 documentary The Take by Naomi Klein, a film about the “recovery” of closed or abandoned factories in Argentina in the context of the 2001 economic crisis and its aftermath. The film is about the fábricas recuperadas (recuperated factories) movement in Argentina and shows the struggles of workers to save their workplaces by occupying them and continuing production under workers’ control. Many of these cooperatives continue to run and to be self-managed by the people who work in them, and they represent a significant social phenomenon that proves that the working class can not only effectively respond to the attacks and the failures of capital, it can also organize work collectively, democratically, and without bosses and managers.

The Take tells the story of the workers’ struggles at Zanon, as well as those at the Forja auto parts factory outside of Buenos Aires and the textile factory Brukman in the city, but there are many more workplaces that have been under worker self-management for as much as a decade and longer. There are also hotels, restaurants, and other businesses that are run as cooperatives, including in areas like media and education, construction and transportation, and even health care and trash collection.

A more recent example of the Argentinian workers’ fight to “reclaim” their workplaces is the print shop Madygraf, which our delegation had a chance to visit on its three-year anniversary in August. The experience of listening to the workers there talk about how they fought for better working conditions, for their jobs, and ultimately for their plant was a powerful one. 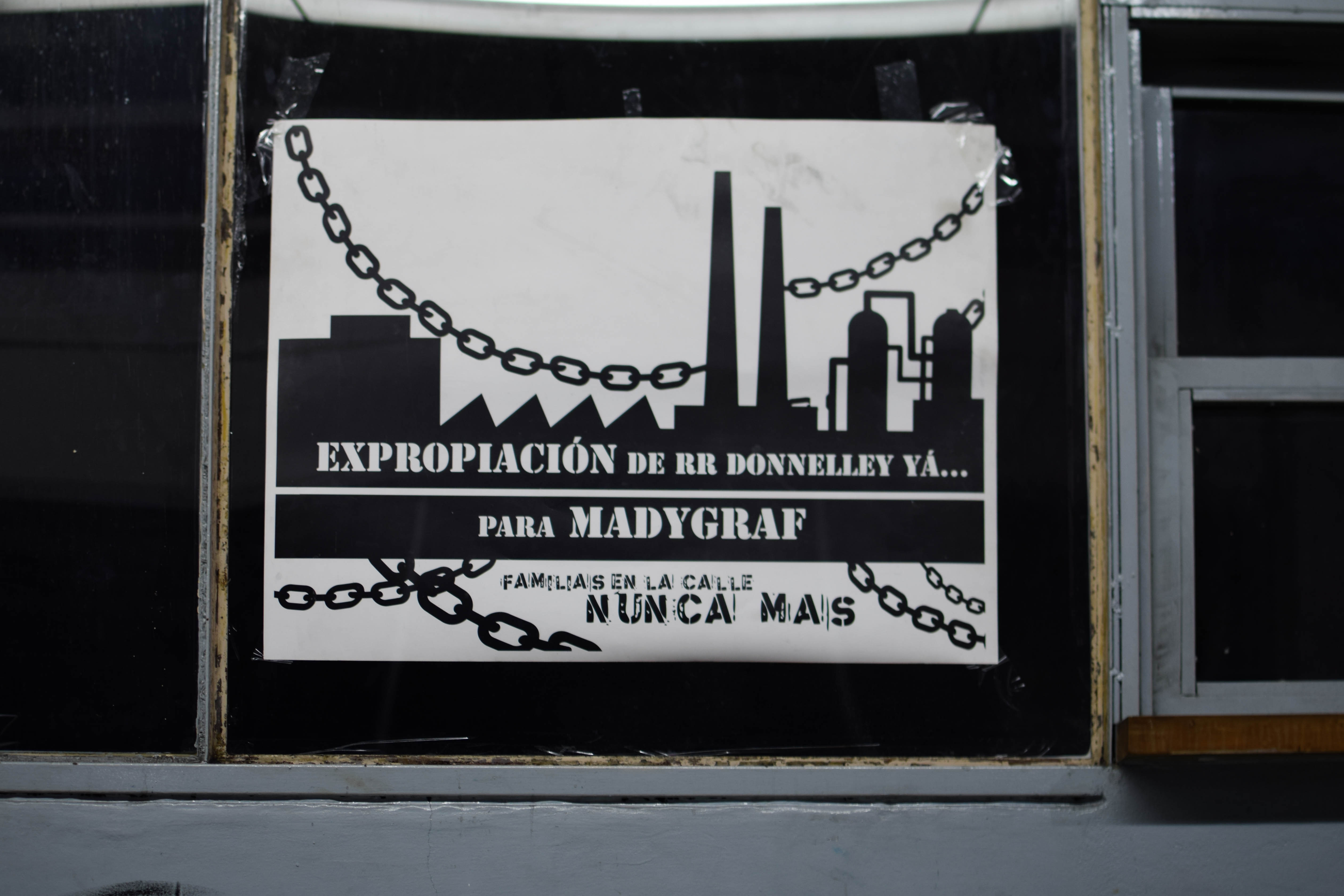 Expropriation of RR Donelly’s to MadyGraf! Never again families in the street!

Now in its fourth year as a cooperative, the former R.R. Donnelley printing company has been able to weather the economic storms and survive against the odds. The name Madygraf was chosen as a tribute to the daughter of one of the workers, Mady, who suffered severe injuries in an accident when she was a baby and, defying her doctors’ prognoses, has survived this tragic incident. Mady, now 17 years old, continues to be an inspiration to the people at the factory to keep up the fight for their livelihood, their families, each other, and their fellow workers who are struggling against exploitation and oppression across the country.

Even though the last three years have been challenging in many ways and the current situation is difficult, Madygraf now employs 160 workers, who are paid the same hourly wage and who make all decisions democratically in general assemblies that meet regularly and can be called by anyone, anytime. These general assemblies decide, for example, who is assigned to what job in the factory, and assignments are based on individual talents, skills, experience, and interests. Previously, the workforce on the factory floor was exclusively male (with the exception of one trans woman worker), and now about a third of the workers are women. 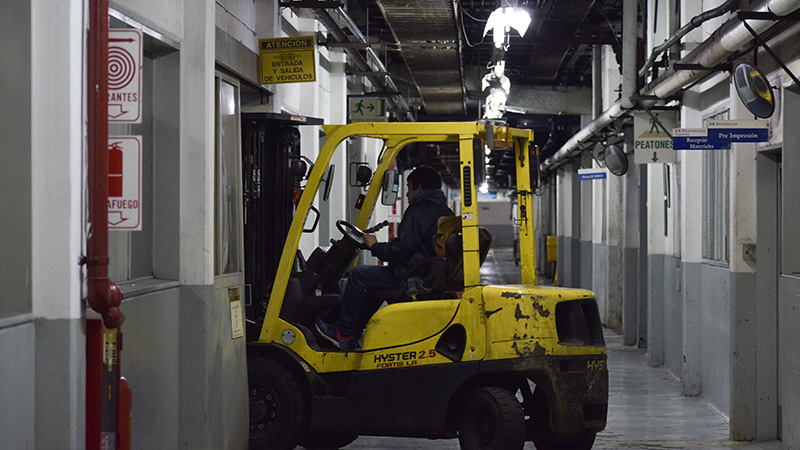 Walking through the printshop cooperative, one can clearly see signs of the battles fought and won; the space itself is in some ways a testament to the power of the workers to take control of their circumstances and change them. Immediately upon entering, we saw posters announcing Madygraf’s solidarity with the workers in other factories like Zanon and, more recently, PepsiCo, as well as with the women’s movement Ni Una Menos.

As we started down the hallway, the first thing we saw was children’s art displayed on the windows of the section of the building that once housed the HR Department but is now a daycare facility. The nursery and playrooms are a reflection of the commitment of the factory to its workers and their families, especially to its female workers. 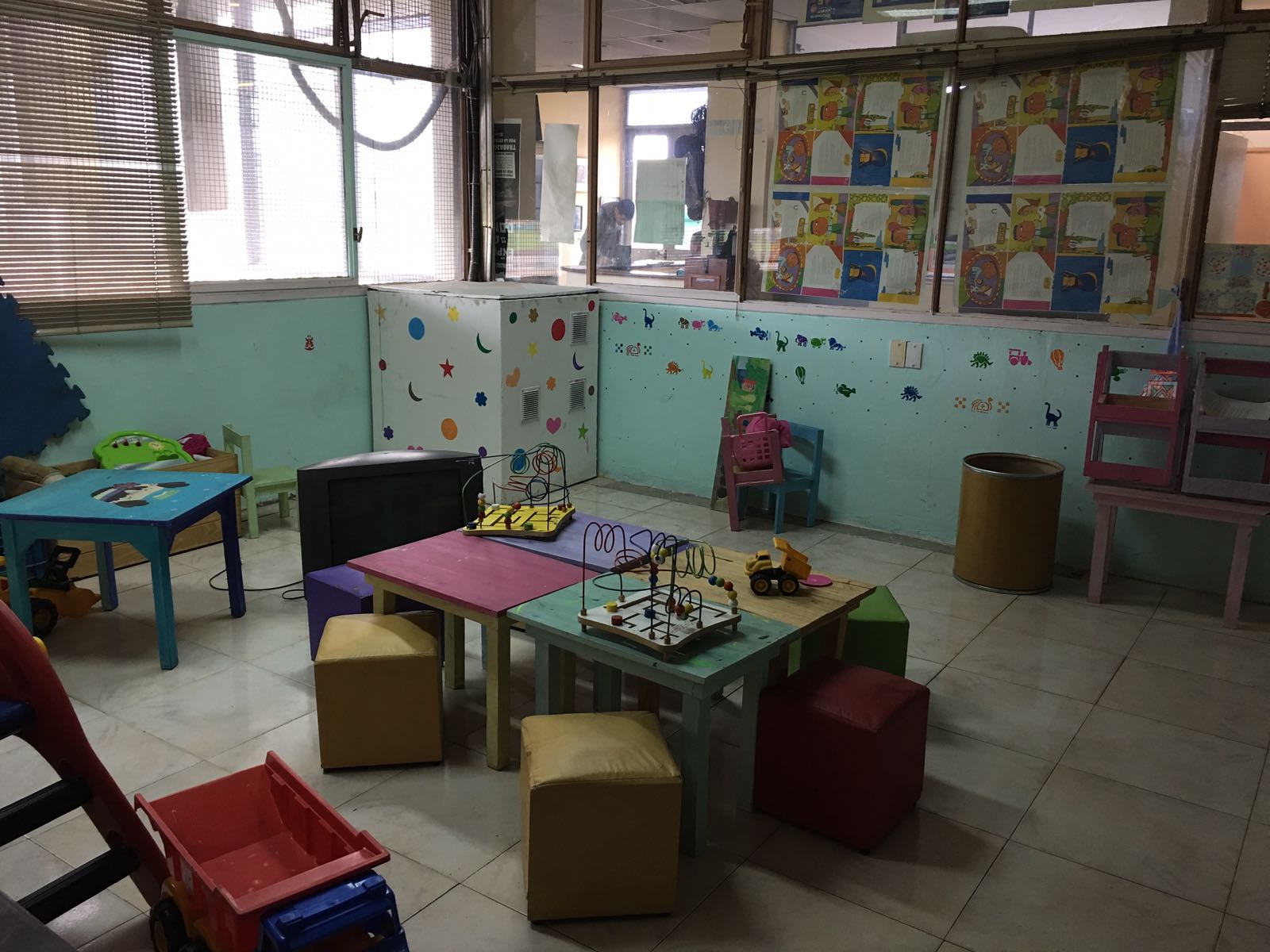 Another change made in the shop is the location of the union office, which was previously hidden in a basement area past the warehouse. Now, it is located in the middle of the plant to be easily accessible to all the workers. In the courtyard outside the factory, Madygraf has set up a soccer field with a tent for social activities; one of our guides joked that the soccer skills of the Madygraf workers aren’t nearly as good as their skills at taking over and running a print shop.

Madygraf workers Julio, Ingrid, and Sandro gave us a tour of the building and the premises. While we got to see the machines and the warehouse, they told us about the history of the struggles leading up to the shutdown and takeover and the events that unfolded afterwards. 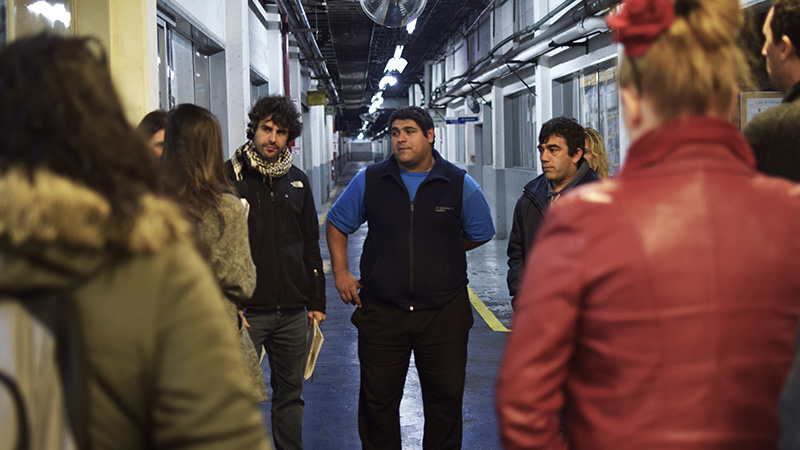 During the 2001 crisis, when the factory was still owned and managed by R.R. Donnelley, the workers had organized a sit-down strike, as a result of which all those who participated were laid off. After that, the workers organized themselves inside the factory, held general assemblies, and strengthened the “comisión interna” (shop floor committee).

In the years that followed, several battles were fought over wages, layoffs, safety and working conditions, and finally the factory itself. Through the struggles, the workers were able to build solidarity among themselves and with other workers in other factories, and with the help of the organized left, they created a Women’s Committee and a Workers’ Safety Commission, picketed to get fired workers reinstated, forced the company to assign light duties to workers with health problems (caused by the working conditions), and made public the underhanded maneuvers of the owners like outsourcing work in sweatshops and subcontracting workers at half the wage.

Throughout all this, the PTS (Partido de los Trabajadores Socialistas–Party of Socialist Workers) has played a crucial role in the factory and supporting the workers there before and after the takeover. Party members sat on the internal shopfloor committee, which are bodies organized by the workers in Argentina that operate apart from the official unions, and have actively fought with the workers for better conditions, against lay-offs, and against sexism and transphobia.

Many of the workers at Madygraf are also candidates for the Frente de Izquierda y de los Trabajadores (FIT), a coalition of three left parties that recently ran successfully in the midterm elections in Argentina.

This reality of persistent and militant organizing is in stark contrast to Naomi Klein’s representation of the recuperation movement as a series of spontaneous uprisings of workers. In reality, the socialist Left in Argentina, including Trotskyist organizations like the PTS, has been central in the process of growing strong workers’ organizations in different industries and workplaces.

Madygraf faces serious challenges today. The wages are low, and the future is uncertain. This is largely due to the extreme rise in electricity prices over the last three years and the government’s refusal to provide subsidies to make up for this increase in costs. Additionally, the cooperative has to buy its paper from a third party, which is more expensive than buying directly. The workers demand that the government give them contracts, instead of, for example, handing over billions of dollars to foreign investors, as President Macri has done since the start of his term. The state is dragging its feet on paying the teachers at Madygraf, but hedge fund managers get billions of dollars in returns on their predatory loans. The recently passed expropriation bill places the factory under worker ownership and control, but the bureaucratic process around the filing and signing of the papers is a protracted one. There are further political and legal challenges, such as the fight over the 10 percent of the profits that have been held by the courts on behalf of the government over the last three years.

Like many other cooperatively owned and managed businesses, Madygraf has to struggle to survive. Surrounded by capitalist enterprises and a capitalist society, these workers have been able to defend their jobs and organize production in a democratic way. They prove every day that workers do not need bosses who profit off their labor. However, building and maintaining cooperatives within a free market economy does not lead directly to socialism; it is a means by which workers can protect themselves against the insanity that is capitalism, and it restores some of their dignity and sense of control over their lives and their labor.

As such, cooperatives point the way to the fundamental transformation required to create a socialist society. There can be no “socialism in one factory,” and even many cooperatively run factories do not make a socialist society. As the example of Madygraf and the many other recovered factories in Argentina and elsewhere show, cooperatives can manage to keep afloat in a sea of capitalist, cut-throat competition, but the deck is clearly stacked against them. The challenge is to reshuffle the cards and create a new world where the economic system as a whole is directed by the people for the people.