Workers in Argentina are Leading the Fight Against the Coronavirus

In Argentina, the workers are providing an exemplary response to the Coronavirus pandemic. In some recovered factories, basic supplies are being produced to address the health crisis. The government declared a virtual curfew, but workers can provide a much more effective and organized response. 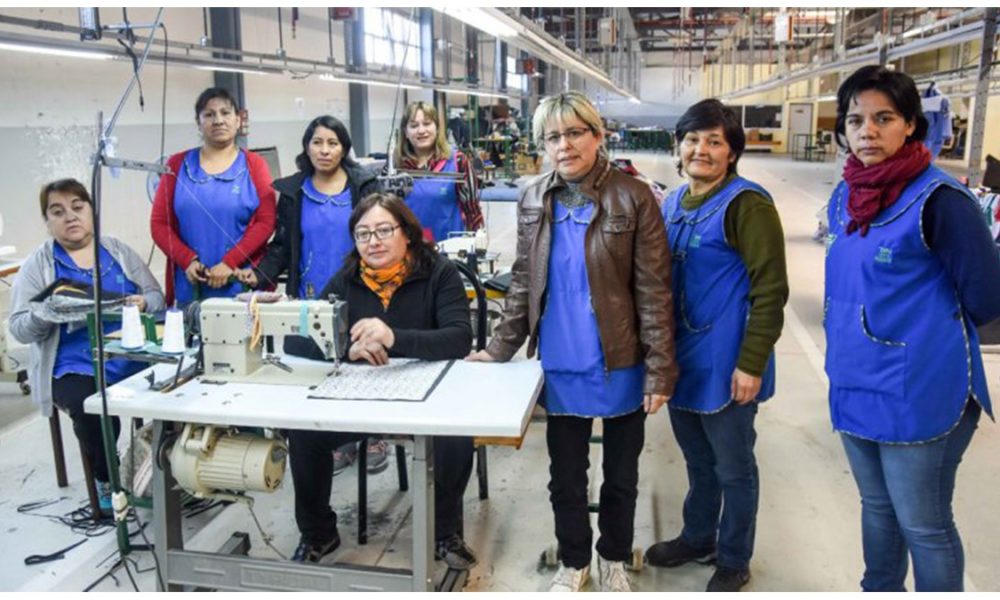 A health emergency was declared in Argentina a week ago. Is the solution a curfew drawn up as “total quarantine”? No. Let’s see why workers’ control of production and public control of the health system are necessary to combat Covid-19.

No large capitalist company or laboratory made its facilities and accumulated capital available to help in the health emergency. In contrast there are already clear examples of direct aid in the fight against Covid-19 by companies recovered by their workers.

Argentina’s only laboratory recovered by its workers, FarmaCoop (formerly the Roux Ocefa laboratory), began to manufacture alcohol gel on a large scale for the health system of Buenos Aires Province and made it available to the national government. Its workers decided to produce an essential item to prevent the spread of the coronavirus.

The workers of the recovered textile company Traful Newen are already manufacturing masks for the health system of Neuquén Province and are asking the national government to finance an increase in production.

The sugar mills in the country’s northwest are the strategic manufacturers of alcohol. But the Ledesma company is already doing good business by selling to the government, keeping a good slice of the scarce budget destined to public supply. The only answer to this speculation is for the workers to confiscate and control the production of basic supplies.

Why, in Mendoza Province, don’t workers take over IMPSA (a hydroelectric turbine factory) and Cartellone (a construction company) to produce hospital emergency rooms and mobile sanitary vehicles? Why can’t Derivados Vínicos (a company that recycles derivatives from the wine industry) produce medicinal alcohol? Their workers say they have the machinery, raw materials, and the willingness to do so. But Mendoza governor Rodolfo Suárez has only asked the president to allow winemakers to hire workers amid the quarantine to help with the harvest. Is that the health and economic priority? Capitalists’ profits always come first, never our lives.

Meanwhile, the government has decreed measures that confuse sanitary quarantine with police blackout. It refuses to take any serious action to acquire and manufacture the millions of tests needed for the isolates to be effective! An information fence is set up.

That is why we need a national committee of health workers, scientists, and professionals who are honest and loyal to the people, to lead a really serious, transparent and democratic fight against the pandemic, a fight based on the deliberations of those who risk their lives in it.

The Soviet experience during the Spanish flu, organized by the great health worker Nikolai Semashko (an experience that even to this day, continues to study at the university), showed that centralization is as necessary as true information and active organization of society. The Russian Revolution of 1917 demonstrated that a new society can be built by transforming all social relations, guaranteeing full access to health. Cuban medicine is also an example of efficiency against different epidemics. It has a medicine approach based on prevention. Argentina has a lot to contribute and needs help in this fight, which has to be international and Latin American.

Let us close by noting that a massive applause for health workers was heard in multiple cities in Argentina, where people at home thanked the workers who are on the front lines against the pandemic.