Elon Musk is not some environmental inventor. He’s an exploiter and an old-fashioned speculator. 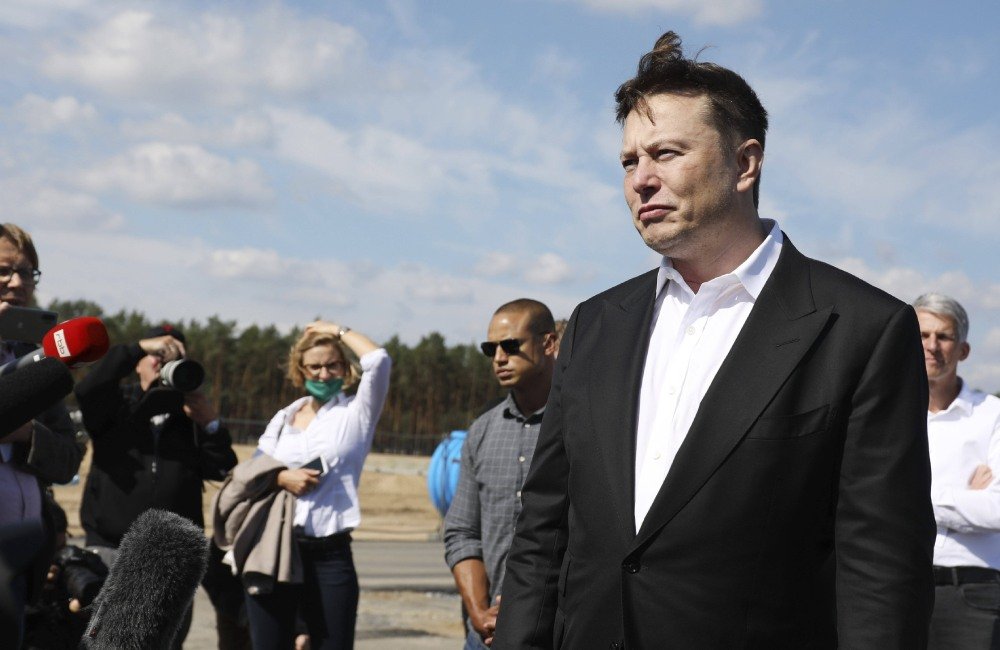 Time Magazine has named its Person of the Year. This god-like creature “tosses satellites into orbit and harnesses the sun.” That’s right: Elon Musk has joined the proud ranks of … uh … never mind.

But what does he do, exactly? I guess he’s a car manufacturer. But Tesla does not actually sell many cars — about a tenth as many as Ford or General Motors. The supposedly “self-driving” vehicles are mind-blowingly dangerous. Musk makes most of his money from certificate trading and old-fashioned financial speculation.

We are told that Musk is developing climate-friendly technology. But electric cars are a scam that eat up vast resources. Musk then invests the profits in space flights that emit more carbon dioxide in a few minutes than most people could create in their entire lives. He is closer to a villain from Captain Planet than an environmentalist inventor.

Musk’s swindle with E-Autos not only fails to help the environment. He is actively diverting resources from simple steps that could actually cut emissions, such as making mass transit more affordable and more reliable. Musk said at a conference:

“I think public transport is painful. It sucks. Why do you want to get on something with a lot of other people …? It’s a pain in the ass. That’s why everyone doesn’t like it. And there’s like a bunch of random strangers, one of who might be a serial killer.”

Might be a serial killer?!? Personally, I am more worried about the guy who builds killer robots that run over pedestrians than some random person on the bus. I think Musk might actually like the subway if he ever tried it.

Musk, Jeff Bezos, and other billionaires do not seem to believe that human civilization has much of a future on Earth. They are all interested in getting off the planet. It’s never a good sign when the men in charge are rushing towards the exits.

Let’s take a minute to compare today’s multibillionaires with the titans of industry from a century ago. Carnegie, Ford, Rockefeller, and all the rest were terrible people by any measure. But at least they tried to convince people that their existence was somehow beneficial, putting their names on libraries and colleges.

Now, capitalism only elevates Twitter trolls. Instead of anything to bring humanity forward, the richest men engage in unimaginably expensive dick-measuring contests. Bezos goes on a joyride to the upper atmosphere, and then jokes to his employees — who are forced to pee in bottles and die in tornados — that “you guys paid for this.” They did!

Like the Amazon founder, Musk is known for union-busting. When Covid-19 began to spread in the United States, Musk forced his employees into work, with the galaxy brain informing that “the coronavirus panic is dumb.” On March 20, 2020, he predicted: “Based on current trends, probably close to zero new cases in US too by end of April.” Person of the year 2021, indeed!

The weird thing, though, is that Musk claims he doesn’t believe in the kind of capitalist exploitation that made him rich. In the Time profile, he described a future that sounds like Star Trek Communism, where robots do all the work: “There’s, like, plenty for everyone, essentially, you have the freedom to do whatever you’d like to do, provided it does not cause harm to others.”

Musk currently enjoys that kind of freedom — but he is free as a capitalist because workers are not free. And we will not get free if we keep enriching pandemic profiteers like Musk so they can play with rockets. We need to put all that obscene wealth under democratic control, so it can be used for everyone.

The billionaire’s girlfriend was recently seen reading the Communist Manifesto. She might have later said this was a joke. But young people around the world are talking about these ideas. Do we want to pay for one dude’s luxury space flight to Mars while the planet burns? Or do we want schools, hospitals, and a dignified life for everyone?

Musk is the perfect embodiment of capitalism in decline. He is the Worst Person of a terrible year.