In the face of a pandemic and an economic crisis, the protests are providing hope to people across the United States and the world. Yet who will speak for the protesters? The Democratic Party wants people to leave the streets and return to their homes. That is why we need a party of our own. 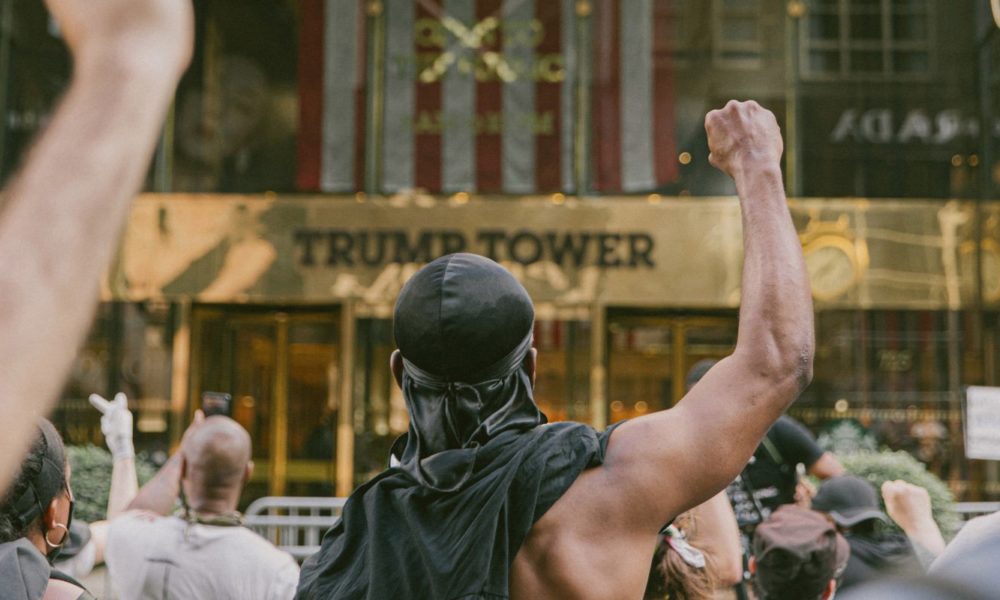 For more than a week, young people have been taking to the streets across the United States. They are facing down police tanks, military helicopters, and undemocratic curfews.

Before that, frontline healthcare workers showed the same courage. While the government let the Covid-19 pandemic rage, they worked around the clock to save lives, and even confronted right-wing extremists.

Both the rebelling youth and the frontline healthcare workers are giving hope to poor and working people in the face of a pandemic and an historic economic crisis. Even though Donald Trump might have heavily armed troops at his command, these vanguard sectors are showing that people can fight back.

Yet the protests are largely spontaneous and without structures. So the question arises: how will this vanguard get organized to raise the movement to a new level?

Democrats Are Not Our Party

The Democratic Party would like to be seen as the voice of protests against racism. But what are Democratic politicians actually doing? It is largely politicians with a D behind their name who are imposing curfews and militarizing cities. Concretely:

Some might remember the Obama presidency with fondness when compared with the daily racist outrage emanating from the White House today. Yet Obama did not only deport more people from the U.S. than all previous presidents combined — police killings actually went up during his presidency, which explains why the Ferguson protests and Black Lives Matter started on his watch. Biden has consistently stood by the legacy of Obama and refused to criticize the former president’s actions and policies.

The protests sweeping the U.S. are not yet massive — there are tens or perhaps hundreds of thousands on the streets. But they have the clear support of the majority of the U.S. population.

These protests have been enough to throw the ruling class into a panic. In the nation’s capital, the government deploys military helicopters in the same way it did against insurgents in occupied Iraq.  What would happen if all the people who supported the protests started taking the streets and, perhaps more importantly, withholding their labor power?

We have already seen small examples of the power of the working class, such as when bus drivers in Minneapolis and New York refused to work with the police. In an inspiring example, working people in Minneapolis turned a Sheraton hotel that was going to be evacuated into a home for the homeless.

How can we turn this overwhelming energy into political power? The Democrats are saying we need to go home and wait for the elections — they will attempt to co-opt leaders of the movement and turn them into servile representatives of the existing system. In this way, a few individuals from oppressed groups might get high-paying seats in Congress, and from there will call on people to accept things the way they are.

A Party of Our Own

To make real changes, the working class needs its own political party, independent from both the Republican and the Democratic wings of the bourgeoisie. Decades of talk about “reforms” have only served to show that the police cannot be reformed. Police are a structurally racist institution created to protect the capitalists’ property and power. The only way to end police violence is to abolish the police and expropriate the capitalists.

For that, we need our own party, launched by the rebelling youth and frontline workers, especially the brave workers in the healthcare sector. This would not be a capitalist party that sits idly in Congress. It would be a socialist party on the front lines of every struggle. It would provide a democratic structure to organize and connect the different protests. Because ultimately, we do not just want to express our rage at the capitalist system — we want to win.

The party we need would not be about seeking reforms by compromising with the parties of the exploiters. Rather, it would be a party struggling against the entire system of exploitation and oppression. Such a party might run in elections and take seats in Congress. But the point of this would not be “reaching across the aisle” to craft legislation. Instead, it would mean using the platform of an office to denounce every racist injustice the capitalist system can offer, and joining those mobilizing in the streets.

For the last 50 years, the Democratic Party has been able to co-opt movements against racism, promising that change will be possible by working inside a bourgeois party. The result of the Democrats’ “reforms” speak for themselves — the racist nightmare of U.S. capitalism continues. If we want to change things today, we need to build a party of our own.