Zanon: Under Worker Control Since 2001

Interview with Raúl Godoy, Zanon worker and national leader of the PTS. Godoy was the first General Secretary of the Sindicato de Obreros y Empleados Ceramistas de Neuquén (SOECN – Ceramic Workers’ Union of Neuquén) after the union was reclaimed from the bureaucracy. This interview occurred at the time of the ten year anniversary of the occupation under workers’ control of the Zanon ceramics factory. 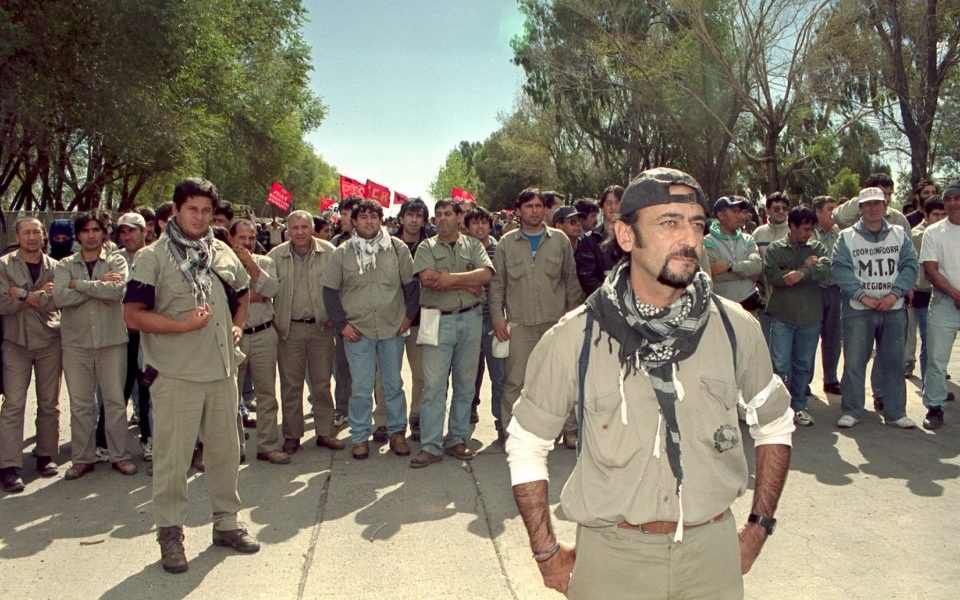 October 1st 2011 marked ten years of the occupation of the Zanon factory, which began in the midst of a financial crisis. What significance does this hold today?

Godoy: The fight at Zanon was a class-struggle response to the capitalist crisis in Argentina, which in those years saw the closure of almost 2000 factories.

The first response came from the organizations of unemployed workers, but then came the first factory occupations against closures and layoffs. These not only put private property into question, but also demonstrated that capitalists were not needed. The idea that “we can produce without the bosses” was repeated in different parts of the country.

Our experience shows, on a small scale, that workers are capable of providing a working-class and peoples’ solution to business closures, lockouts and unemployment. One that makes the capitalists pay for the crisis.

Over the next few weeks we will not only recall those days in which we decided to occupy the plant. We also want our struggle to serve and help many workers to prepare for the future.

And what were the main parts of this process?

The first thing we did was reclaim the comision interna (shop / factory committee) from the bureaucracy of the Montes brothers, who sold themselves to the company. We proposed some basic objectives: that all decisions would be made by asamblea (assembly / mass meeting), that all delegates would be recallable, and that the rights of both permanently employed workers and contractors would be defended equally. The unity of the workers’ ranks was one of our first lines of struggle. In this way we went to work, side by side, with a group of compañeros (comrades), from the first conflicts up until the struggle against the Zanon family’s organized evacuation of the plant, which ended with the closure of the factory.

We had a very important strike, which became a symbol of our struggle, back in 2000 when our compañero Daniel Ferrás died as a result of the poor health and safety conditions at the factory. Another milestone was our reclaiming of the union for the workers, which occurred at an historic assembly in Cutral Có in Neuquén province where we prevented the Montes bureaucracy from imposing a fraudulent junta electoral (electoral board). It was here that we won control of the union; after this, the vote was a formality because the majority of the workers already supported us. Another very important milestone was the 34 day strike in 2001. At this time we stressed to our compañeros that we would have to fight hard if we wanted to keep our jobs. “Open the accounting books that shows the millions that they have earned in previous years” was the call, and we went forward with this big strike.

Then came the occupation, five months of tents, which saw displays of enormous working-class militancy that were later put into the running of the factory. With the objective of workers’ administration, we organized production, created different sectors and commissions for marketing, purchasing, sales, health, safety, press and broadcasting, all with sector coordinators, and a leadership body that discussed the politics of economic management as well as where our struggle was heading. This was a genuine Workers’ Council: the “coordinators’ meeting”. It was a new experience for us and for thousands of workers that followed us, a school of planning that demonstrated the capacity of the working class to manage the factories.

And workers’ self-management at Zanon, in contrast to other experiences, knew it had to surround itself from the beginning with enormous support not only from other workers, but from the community. We received support from our Mapuche brothers and sisters (the original indigenous peoples of Patagonia), together with human rights groups, artists, even the prisoners in Unit 11, the prison near Zanon, who showed their solidarity by donating several days of food rations to us.

We joined with thousands of the unemployed who were fighting for real work and with students defending public education. This popularised the slogan “Zanon belongs to the people, support these workers”, which was raised by thousands of workers who saw Zanon as an example of a response to the crisis.

From the beginning we incorporated the demands of different sectors. We also raised another banner: “for a plan of public works, one that generates real jobs, housing, schools and hospitals”; all very pressing demands for a population that suffers a housing and infrastructure crisis, a crisis that leads to people’s poorly-built little houses burning down in the harsh Neuquén winters, while millions in royalties flow to the oil companies.

With the students and teachers, we jointly raised the demand for “free and secular public education” that subsequently led to the signing of a worker-university pact between our Ceramic Workers’ Union and the University of Comahue.

Our work in common with other workers’ organizations, in the face of eviction, the bureaucracy and the government, led us to promote a common organization, the Regional Coordinadora (Coordinating Committee) of Alto Valle. Workers from the factories, the public sector, health, teachers, along with organizations of the unemployed, students and the left-wing parties all came together there. It was a very important organization in Neuquén that allowed us to coordinate our actions, to organize solidarity with large actions – such as that on 8 April 2003 when the Asociación de Trabajadores de la Educación de Neuquén (ATEN – Education Workers’ Association of Neuquén) struck in support of the workers of Zanon – and to have a body for debate among workers opposed to the bureaucracy.

That experience, although it was not extended over time, was very profound. It showed us the kind of organizations of workers’ self-determination we need to organize in moments of crisis, such as that crisis we lived through in those years, and that will come to life in other parts of the world.

All of the work we undertook to unite with other working-class and popular sectors and win the community support that we counted on in those years shows, on a small scale, the potential power of the working class to lead an alliance of all sectors that suffer exploitation and oppression in this society. This alliance that can take on and defeat the capitalists. This allowed us to deal with any eviction attempt and now the attempt to economically suffocate us, which has been pushed forward by the government of the MPN (Movimiento Popular Neuquino – the governing party in the province) with the collaboration of the national government, who are both enemies of workers’ self-management.

Along with workers’ self-management, the Ceramic Workers’ Union played a fundamental role . . .

Absolutely. In the year 2000, as many know, we threw out the Montes bureaucracy. The Agrupación Marrón (Brown Group) of the SOECN, organized on the basis of a class-struggle program, was put to the test in each of these events that occurred in the province. And not only in Neuquén. We began to approach each place where there was a struggle: Mosconi in Salta, Brukman (a textile factory in Buenos Aires occupied by its workers in 2001), the oil workers, the popular assemblies, the Subte (Subterráneo – Buenos Aires Underground). We organized meetings of factories, participated in the piquetero assemblies, launched a newspaper called Nuestra Lucha (Our Struggle), everything that allowed us to unite with those sectors that were fighting against the bureaucracy and the bosses, these were our brothers and sisters. Then we proposed and launched various forms of coordination.

And amongst the ceramic workers we set ourselves the objective of revolutionizing the union. Many militant compañeros have reclaimed their organizations, but they do not fight to get rid of the bureaucratic heritage that remains. Many pass through a union, but after they lose it, everything remains the same.

For this reason, and after much discussion, debate and participation we approved the new statutes of the union: that the assembly is sovereign, that all leaders are recallable and that their positions be rotated; that minorities have representation; that the union is a class-struggle union and is therefore independent of the state, the employers and big business parties, and that it places itself at the service of the class struggle which extends beyond national borders. This is part of the program of the revolutionaries: the struggle against state control of the unions and for workers’ democracy. And we don’t stop there: we cannot simply fight – even if at times in a heroic and self-sacrificing fashion – for only purely trade-union claims. We set ourselves the most fundamental goal, the political perspective of the abolition of the exploitation of man by man.

The last step, a very important one, that we took with the compañeros of the Agrupación Marrón, was the winning of a seat, a working-class and socialist seat, in the Neuquén Legislature (provincial parliament). It has the characteristic of having won a frontline position within enemy territory, but “with banner unfurled.” We maintain cohesion and have been making the same arguments for all these years. Since 2003 a group of leaders have considered the need to make a leap from the union to the political, and we were pushing for the formation of a political tool for workers. In these elections, the constitution of the Left Front at the national level between the Partido de los Trabajadores Socialistas (PTS – Socialist Workers Party), the Partido Obrero (PO-Workers’ Party) and Izquierda Socialista (IS – Socialist Left) aroused a lot of enthusiasm among many workers. So we held open plenaries of the Agrupación Marrón Ceramista from the four factories, that link us together with independent compañeros, and we jointly decided to be a part of the Front in Neuquén, and to vote for Alejandro López and I to head the list of deputies. Other compañeros were added to the different lists of the Front within Neuquén. We also face the prosecution of the Kirchnerist government against the left and militant workers and now we continue to fight for the acquittal of all the workers’ and peoples’ fighters, of which there are five thousand across the country and over five hundred in the province, including many ceramic workers, among them Alejandro and myself.

In the face of the current “tarifazo” of Mauricio Macri goverment (massive hikes in electricity and gas prices) and financial hardship, Zanon workers have launched a national and international campaign to establish a Solidarity Fund in defense of workers’ self-management at the plant. Read their letter from the workers of Zanon bajo control obrero (Zanon under worker control), calling for solidarity and donations.

This is a translation of an article published in La Verdad Obrera (LVO – Workers’ Truth) No. 447, 6 October 2011. LVO was the newspaper of the Partido de los Trabajadores Socialistas (PTS – Socialist Workers Party) of Argentina between 1996 and 2015.