1,100 Mine Workers in Alabama Are Going on Strike

After the failure of contract negotiations, 1,100 mineworkers in West Alabama with United Mine Workers are going on strike against Warrior Met Coal. 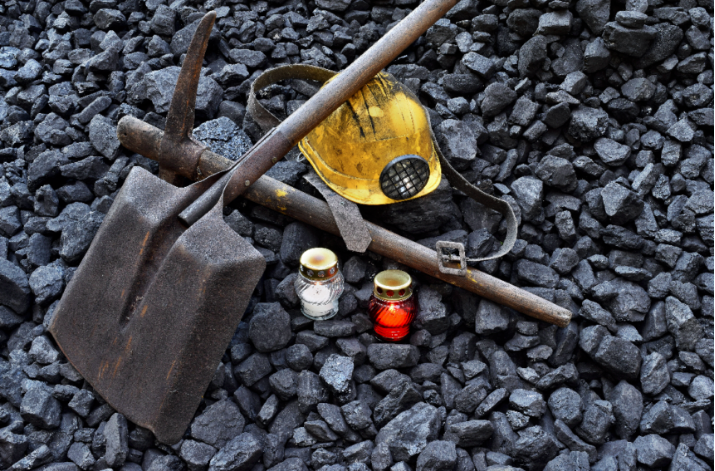 The last contract was negotiated in 2016, as Warrior Met Coal was bringing the company out of the bankruptcy caused by its erstwhile owner, Walter Energy. As the union’s press release details, it was on the backs of the labor and sacrifice of their workers that the company turned itself around. Since then, the company has raked in millions in profits.

Coal mined by Warrior Met is used for steel production in Asia, Europe, and South America. The company reported a loss of $35 million in 2020, compared to a net income of $302 million in 2019. Citing uncertainty due to the pandemic, it has not released any financial guidance for the current year. Yet, as UMWA President Cecil E. Roberts says, the company has rewarded upper management with bonuses of up to $35,000 in recent weeks.

To no one’s surprise, the company continues to do this by squeezing their workers. In addition to the strike notice, the UMWA has filed unfair labor practice charges with the National Labor Relations Board over Warrior Met’s conduct during negotiations.

All Eyes on Alabama

This strike comes days after a historic unionization drive concluded at an Amazon fulfillment facility in Bessemer, only a few dozen miles away. Cheered on by the community, 5,800 Amazon workers voted on whether or not to unionize with the Retail, Wholesale and Department Store Union (RWDSU). As we now wait for the ballots to be counted, there are new rumblings not too far away among the ranks of labor.

From Hunts Point, to Bessemer, to the coal mines of West Alabama, workers are increasingly realizing that they are the ones who are essential — not the bosses. This comes in the midst of a pandemic that has disproportionately hurt the working class. While they put their lives on the line, reporting to work to produce everything necessary to keep the wheels of society running, the bosses sat at home, in all their comfort, raking in profits. The bourgeoisie has had little to offer to the working class. Beyond some well-placed ads and symbolic crumbs, the ruling class continues to act in their self-interest, hoarding the profits generated from looting workers of the fruits of their labor. This isn’t a question of moral failure — capitalism is functioning exactly designed.

But workers aren’t just waking up to the injustices of the bosses, but also to the immense power that the working class holds. Not only do workers create the millions that their bosses pocket —- they also have the power to shut everything down. As Marcos, a worker at Hunts Point Market says, “A lot of the guys died with me here [on the job]. We kept this place open…While the bosses were home, I was here working for them. They got money, they got millions. They didn’t share it with us. We deserve more.” It is this anger that is spreading its roots across the country and now holds ground in the mines of West Alabama. After decades of defeats, faced with compounding crises, the U.S. working class is slowly beginning to rear its head again.

That these incidents are emerging in the South is particularly telling. Bourgeois media would have us believe that the Southern worker is conservative and reactionary. Indeed, Southern states continue to have some of the lowest union densities. At 8 percent, Alabama’s union density is lower than the national average of 10.8 percent. But what this belies is the region’s deep and rich history of multiracial labor militancy, particularly in Alabama. As Michael Goldfield notes in The Southern Key, “what made Alabama exceptional was that in the 1940s it was the most unionized state in the South. Union membership had increased from approximately 70,000 in 1933 to over 200,000 in 1945, over 25% of the labor force in that year.” Alabama had a higher union density — 25 percent — than in any state in the United States today. Bound in interracial unions, Black and white workers fought alongside each other through the turn of the 20th century against Jim Crow era laws and, later, against segregation.

It is a history that the UMWA itself has long been an essential part of. As Goldfield further writes,

The Alabama labor movement was centered in the Birmingham area, the stronghold of the United Mine Workers, who had already shown their strength in 1928 by leading a coalition that successfully abolished convict labor in the state. The roughly 23,000 unionized coal miners in Alabama were clearly the vanguard of the labor movement, aiding in the organization of all other workers across the state in the 1930s, including steel workers, wood workers, textile workers, school teachers, and even principals in one county.

In this vanguard role, through the 30s and 40s, mineworkers with the UMWA agitated and organized to unionize Alabama “wall to wall,” across all industries, giving material support and solidarity to these efforts.

Alabama’s combative unionism was eventually weakened and defeated in the McCarthy Era by the bosses, who used the police and the KKK to repress workers. They further divided workers by inflaming racism and anti-communism. Through the next decades serving as junior partners to the bourgeois regime, union bureaucracies steered unions towards business unionism: the union became a service that workers received for better wages, conditions and job protection, as opposed to a tool of self-organization for the working class. To rebuild the militant history that workers in the South belong to, rank-and-file workers have to reclaim unions from this misleadership and transform them into fighting organizations — ones that they can use to win both economic and political rights.

Today, the South continues to light the spark for the U.S. labor movement. From the West Virginia teachers’ strike of 2018 that began a strike wave among education workers in the United States, or the ongoing Amazon unionization drive in Bessemer, Alabama, Southern labor continues to show the way. To take lessons of the past and to fight with the full power of the organized working class, against the injustices of the bosses, and for better conditions and life, we now look to the miners of West Alabama.