30 Years of Revolutionary May Day in Berlin 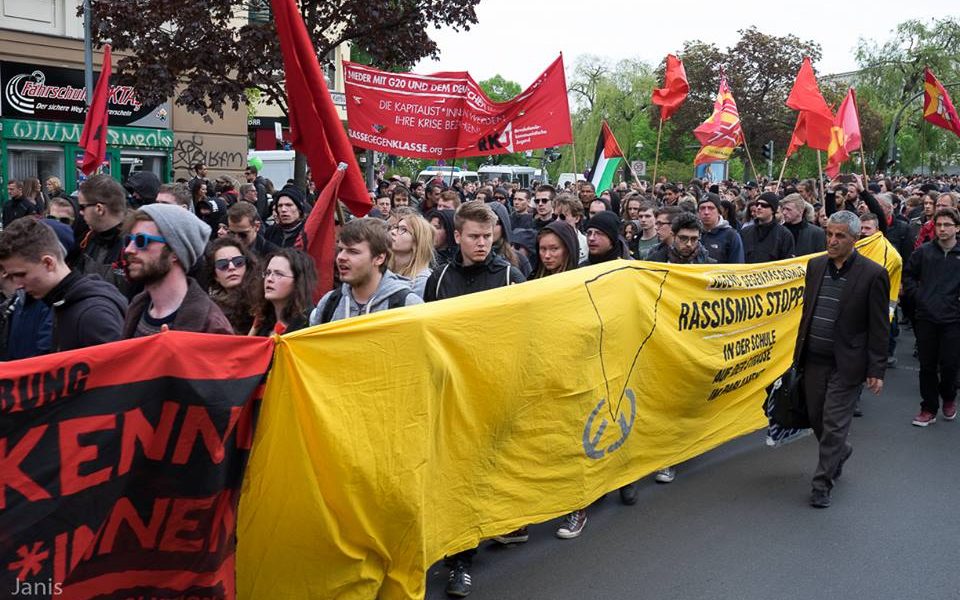 International Workers’ Day in Berlin began at 10am with the demonstration of the German Trade Union Federation (DGB). Workers in struggle against low wages and precarious working conditions were present to make themselves heard. There are conflicts underway at the city’s two big hospitals. Outsourcing is rampant in Berlin’s public sector. But precariously employed workers at the Botanical Garden just won an important first victory for the principle: “equal pay for equal work”.

The trade union bureaucracy, however, is holding all these struggles back. As the central speaker at their demonstration, they invited Berlin’s mayor, Michael Müller of the Social Democrats – the guy responsible for all the things workers are fighting against! Many of the 14,000 or so participants were not impressed. Left-wing groups organized a “Class Struggle Block” to oppose the dead-end policies of the official trade union leaderships, and give a voice to militant rank-and-file workers.

But this – often rather boring – trade union demonstration has been overshadowed for three decades by Revolutionary May Day. This tradition started with a riot in the West Berlin district of Kreuzberg on May 1st, 1987. Since then, there has been a radical leftist demonstration every year, often ending with violence.

This year, the demonstration split several ways. At 4pm, an “Internationalist Demonstration” mobilized 3,000 people. Here, a contingent from the newly founded “Jewish Antifascist Action Berlin” marched alongside left-wing Palestinians. Turkish and Kurdish groups were also present, as well as a wide spectrum of the German left. At the same time, and a few blocks away, the Stalinist youth organization SDAJ and other youth groups organized a youth demonstration of 200. 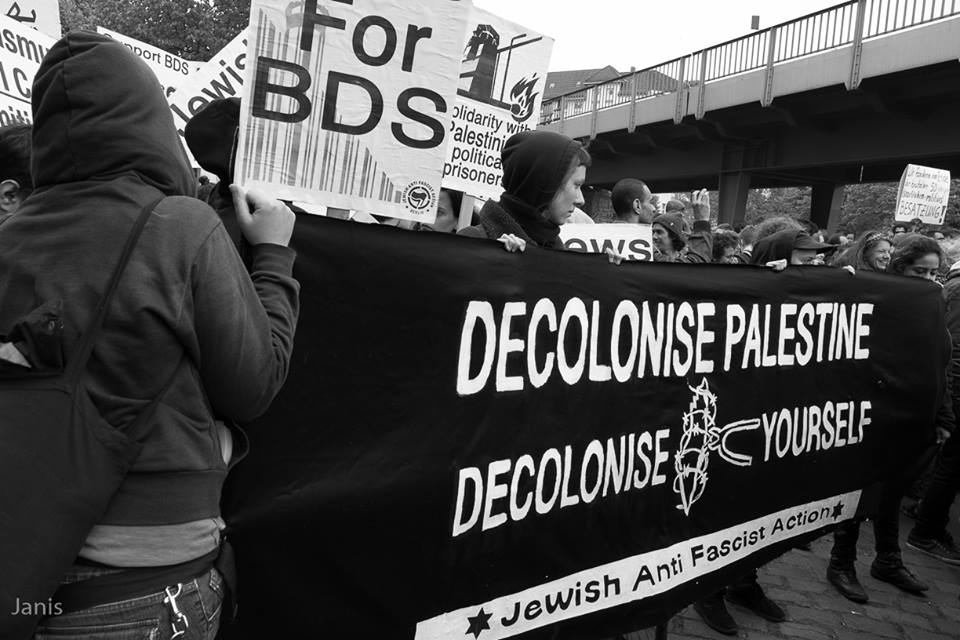 At 6pm, another revolutionary Demonstration mobilized upwards of 10,000. The organizers, mostly from the autonomist spectrum, had insisted on not registering the demonstration with the police as is stipulated by law. Because the demonstration was technically illegal, it was difficult to put up posters for the mobilization of organize loudspeaker trucks. This radical posturing is in reality just voluntarily giving up hard-won democratic rights. Nonetheless, ten thousand or more joined the march. At first the police were restrained, but by the end grew more violent and arrested 72 people.

Berlin’s May Day shows all the contradictions of the left in Germany: There is no lack of organizational know-how, but a complete inability to combine real workers’ struggles with left-wing perspectives. Trotskyists of the Revolutionary Internationalist Organization (RIO) are working to build up revolutionary factions in the workers’ movmeent, linked to the most militant sectors of the youth, immigrants, women’s movement, LGBTI. Via the website Klasse Gegen Klasse you can see reports and videos from the day (in German).