Millions of people in the US are addicted to opiates. In one three-month period in 2012, a full 11 percent of people in Ohio had prescriptions. How could this have happened? A journalistic book looks for the source of the epidemic, yet avoids the elephant in the room: capitalism. The following is a review of “Dreamland” by Sam Quinones (Bloomsbury, 2015). 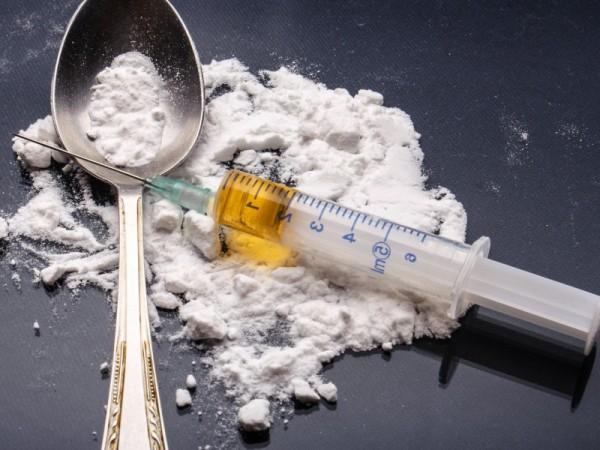 I have lived outside the US since George W. Bush took office, so I never experienced the opiate epidemic up close. But I’ve followed the stories with fascination and horror, even before we lost Philip Seymour Hoffman to heroin. As a young man growing up with emotional problems in a boring, backwards part of the US, it is only too easy to picture how I could have gotten sucked in by opiates myself. I don’t think I would ever be able to stick myself with a needle – but if someone had offered me a pill, prescribed by a doctor, produced by a pharmaceutical company, distributed by pharmacy? A pill that promised an end to pain – would I have said no?

“Dreamland”, a long-form journalistic book by Sam Quinones, looks at the US heroin epidemic from different perspectives. I read the 384 pages in one sitting. Economic, political and intellectual trends came together for a perfect storm of addiction. Quinones never uses the word “capitalism”, but he makes amply clear that opiates – just like every other product in our society – are produced and distributed in order to generate a profit. He describes how different large and small capitalists make money from addiction:

1. A network of dealers from the small Mexican town of Xalisco spread across the US to bring cheap heroin to quiet towns. Even though Xalisco has just 90,000 inhabitants, young men from this one place were dealing in the US from coast to coast, becoming the targets of some of the largest DEA operations in history. Instead of forming a hierarchical cartel, they built a network of small, autonomous groups – a modular distribution system that provided reliable, quality heroin directly to users. They largely avoided the violence and addiction that plagued competing operations, and could replace anyone that got arrested. This provided a road out of poverty for rural families on Mexico’s Pacific Coast.

2. The pharmaceutical company, Purdue introduced OxyContin in 1995 – basically just heroin in pill form. The company falsified and misrepresented studies to claim that OxyContin, when used in a extended-release form to treat pain, was essentially non-addictive. Then, they spent billions of dollars and used an army of salespeople to push this highly addictive drug on doctors and the public. Eventually, they paid a tiny percent of their profits back as a fine for false advertising.

3. Doctors played an active part in spreading the epidemic. Some were simply corrupt and sold drugs for cash, but the majority felt like they had no better options. Lots of people have pain, and insurance companies wouldn’t pay for treatments that are complex and labor-intensive – but they will pay for pills which are quick to prescribe and have a high profit margin.

4. Law enforcement is an industry as well. It’s no longer a secret that the “War on Drugs” was started to criminalize minority groups and political opposition in the US. After opiates left the big cities and reached the country’s “heartland”, these draconian laws have been applied to middle-class white kids, for whom they were never intended. As a result, “tough-on-crime” politicians have discovered the need for treatment for people who struggle with addiction, instead of jail time.

Quinones looks at this story from many different angles, but there are a few frustrating omissions. The capitalist crisis that began in 2007, which left many Americans out of work and even without homes, is only tangentially covered. And he makes no mention of the US occupation of Afghanistan, alongside other imperialist adventures, which led to a massive increase in heroin production.

Was there anything besides the morphine molecule itself that led to such a devastating epidemic? Some cultural moment? Quinones is full of finger wagging at young people in the US as being coddled and spoiled. Opiates should treat pain. “What pain?” he quotes one cop asking.

But Quinones completely ignores the enormous and growing alienation of late capitalism. Productivity rises incessantly, so the amount of work that is necessary to meet our needs becomes less and less. A rationally organized society would provide everyone with ever-greater leisure. But capitalism instead condemns us to overtime, insecurity and unemployment. As human beings we need more than just consumer goods – we need some kind of useful activity and meaningful work is being denied to growing sectors of the US population. (Not to mention millions of people who are not even getting their basic needs met.)

The heroin epidemic is a capitalist epidemic. It promises happiness and provides misery. It generates endless profits for the rich, while making the working classes dependent. That is where Quinones’ book becomes laughable. Nicolas N. Eberstadt, who is probably more right-wing than Quinones, is able to link the opiate epidemic to a larger late capitalist malaise of “Our Miserable 21st Century”.

But Quinones has some pretty small-scale ideas. In terms of finding jobs, he places his hopes on a few “patriotic” capitalists investing in rural America. The example he gives is of a shoelace factory in Ohio which once employed 1,200 workers. After being reopened, it now provides jobs for a grand total of 40 workers. This is the most “hopeful” example he could find in the entire country.

Ending this epidemic will require breaking from the insanity of capitalism, and creating an economy run democratically to meet the needs of working people.