From the US to Brazil: A Letter to Trans Siblings in Struggle

A trans socialist from the United States writes a letter to Brazilian activists in the wake of Bolsonaro’s victory. 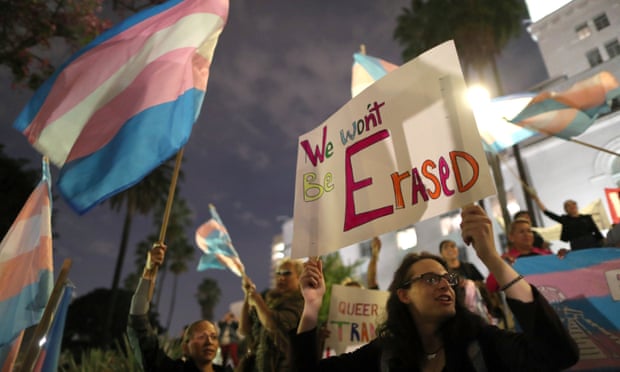 My name is Tiffany and I am a trans woman in the U.S. It has been a difficult month for our community, with the trans erasure bill and the confirmation of a rapist, Brett Kavanaugh, to the Supreme Court. We were also struck by Bolsonaro’s win in Brazil– and the rise of the right around the world. There seem to be a lot of reasons to despair, but I recently read Virginia’s powerful letter to trans people in the US. I was inspired to write a similar response to my trans Brazilian siblings.

Trans people are an oppressed minority in the United States as in the rest of the world. In the US, forty percent of trans people attempt suicide in their lives; we are four times more likely to be homeless; many of us are forced into sex work and other highly precarious employment; and there is an epidemic of both state and individual violence towards black trans women, in particular. 2018 has been the deadliest year. Trans oppression is very racialized in the US and Black and brown trans women are kept on the margins of society. It is hard for all trans people to get jobs and employment, but it is much worse for Black and immigrant trans women, who are subject to massive amounts of violence at the hands of the police and society as a whole.

You may be interested in: From Brazil to the US, Fight for Trans Rights

Recently of course, Trump has reportedly planned to define trans people out of existence, very narrowly defining gender as immutable and assigned at birth. I have no doubt that Bolsonaro will take similar steps when he takes the Presidency.

All of this is directly tied to the capitalist state which requires a bourgeois family unit and gendered division of labor. The church and society as a whole tells us that gender is biological; that cis women are biologically inclined to take up unpaid labor in the home. But we trans leftists know that none of this is biologically determined and that unpaid labor and the bourgeois family is central to capitalism.

Trans people are also overwhelmingly part of the working class and often come from the most oppressed sectors of it. Trans leftists in the U.S. thus understand that trans struggle is a form of class struggle. Even though the Democratic Party props up one or two trans speakers and symbols, we know that ending transphobia means smashing capitalism.

Like Virginia, I understand that we cannot simply reform away capitalism and transphobia. The modern capitalist state belongs to the bourgeoisie alone. We cannot simply pour any class content we want into it. As the great poet Audre Lorde once said, “the master’s tools will never dismantle the master’s house.” The bourgeois state and its ideological constructs (which include gender) are imposed upon us and exist to oppress us.

In the US, we have been following the horrible repression of trans people and other oppressed people in Brazil. We have been watching the actions of monsters like Bolsonaro and we stand beside you in your fight. Given our living in the belly of the imperialist beast, we know that it is of the utmost importance to struggle in solidarity with countries ravaged by the capitalists of our own country, and we plan to follow and support your struggle.

I do not do this only out of empathy. I know internationalism is a strategic necessity. I also know that the overthrow of the imperialist capitalist class, a class more barbaric than any oppressor class before it, is essential to both our struggles in the US and in Brazil. I am convinced that our revolution as trans people and as workers against the capitalist state needs to be internationalist or else it will fail. Capitalism and transphobia are international, so our resistance to it must be international as well. There are many great differences between Brazil and the U.S.: Brazil is a semi-colony and the US is imperialist, for instance. But a victory for the proletariat in one country is a victory for the other as well.

Today in the U.S. we are celebrating Trans Day of Remembrance: a day to remember and mourn our dead. However, it is also a day to celebrate the resilience of our community and our rich history of rebellion. There isn’t much to be proud of in the U.S., but I am proud of the legacy of trans struggle and of trans women of color like Sylvia and Marsha. And even today, despite all the horrors we face, we still fight back. As Virginia says the role of revolutionaries is not to give in to despair: it is to fight as hard as we can.

Both of our ruling classes seek to destroy us. They do not know our collective strength. It is that strength that will be the undoing of Trump, Bolsonaro and all capitalist oppressors.