A one day strike leaves Argentine streets empty and airports closed. The primary demand is for a salary increase. 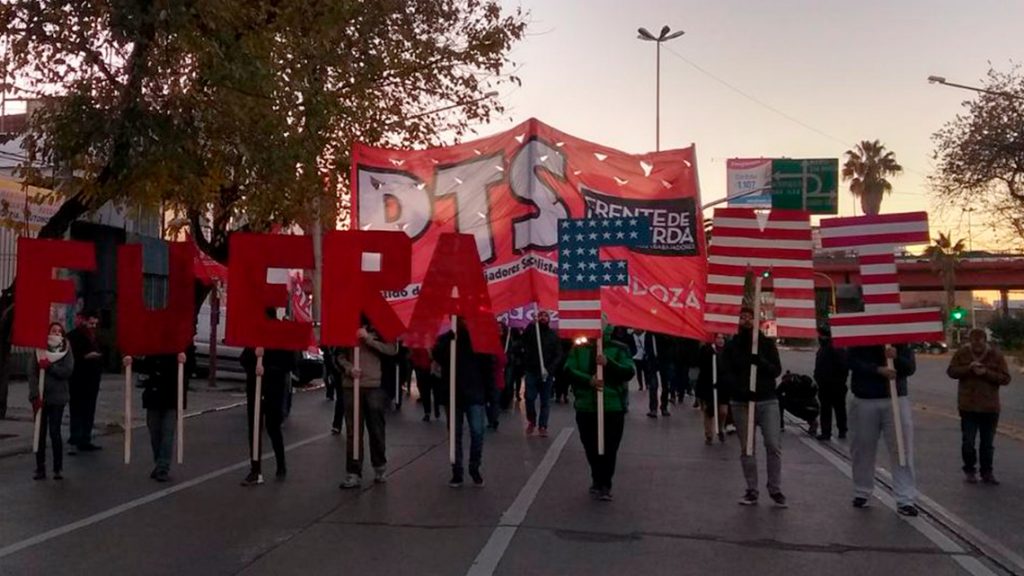 A general strike across Argentina brought major industries and transportation to a halt on Monday. The major union bureaucracies — the CGT and the CTA — called for the strike but refused to mobilize workers in the streets. However, the far left parties and the most combative unions organized rallies and roadblocks in various cities. It is the third general strike that has been organized against the Macri government since the right-wing president assumed office in 2015.

Left organizations — in particular, those which compose the Left and Workers’ Front — blocked various bridges and access points to the capital city of Buenos Aires as well as cities in the interior of the country like Cordoba and Rosario. Throughout the capital, not a single bus, train or subway line was running. More than 600 flights in and out of the country were canceled. Schools, banks, ports and thousands of businesses were shuttered.

Roadblock during the general strike organized by the Left and Workers Front.

The workers’ primary demand is for an immediate increase in their salaries at least equal to the inflation rate. Inflation has surpassed 27 percent in the past year while the government is proposing salary increases of only between 15-20 percent for this year, meaning that even after the proposed increases, workers would experience a major decrease in real wages and their standard of living.

This skyrocketing inflation is compounded by the major hikes in utility bills that have been imposed since Macri took office and which have most affected poor and working people. According to the Consumer Price Index, in the city of Buenos Aires, electricity bills shot up more than 500 percent since 2015, water bills over 300 percent, and natural gas bills over 200 percent. Meanwhile, salaries of private sector workers only rose 72 percent during this time and the Macri government has announced that more utility hikes are on the way.

The Argentine working class has also expressed its anger with a new agreement between the Macri Administration and the IMF for a credit line of $50 billion dollars. In exchange for this new loan, the government has agreed to slash the deficit, which will undoubtedly mean new austerity programs are on the way. The IMF is a particularly despised institution in Argentina given its role in imposing the structural adjustment programs in the early 2000s, which resulted in millions being laid off.

Official figures state that there are currently more than 2 million unemployed workers in Argentina, out of a total working-age population of around 20 million, and these figures do not take into account the hundreds of thousands of workers who have given up on searching for work. The new agreement with the IMF and the promised deficit cuts are sure to lead to a new round of layoffs. Meanwhile, thousands of workers, such as those in the metal industry or the oil industry work grueling days of 12, 14, or even 16 hours. This is why, in addition to the demand for salary rises, the Partido de los Trabajadores Socialistas (Socialist Workers’ Party) is calling for the distribution of working hours between the employed and unemployed, without any reductions in salaries.

Empty streets during the general strike.

This general strike takes place just two weeks after more than a million people took to the streets in support of the right to an abortion. The lower house of Argentina’s Congress narrowly voted to legalize abortions and the vote will be taken up by the Senate in the coming weeks. At Monday’s actions, thousands of workers and activists could be seen wearing green bandanas, a symbol of the abortion-rights movement.

“We want this to be a starting point for a real plan of struggle to defeat the plans of the Macri government and the agreement with the IMF. Millions of workers have made their strength felt, completely paralyzing the country and demonstrating their discontent with the policies of this government,” said Nicolas del Caño, a congress member representing the Left and Workers’ Front and a leader in the PTS.