The Victory of Capitalism: 62 billionaires, Flint and Detroit

To illustrate the absurdly unequal reality we currently live in, we should reflect on some facts recently made public by Forbes magazine. Sixty-two people hold as much wealth as the bottom 3.6 billion (half the world’s population). This victory for capitalism means loss for the predominantly Black residents of Flint and Detroit and for working class people around the world. 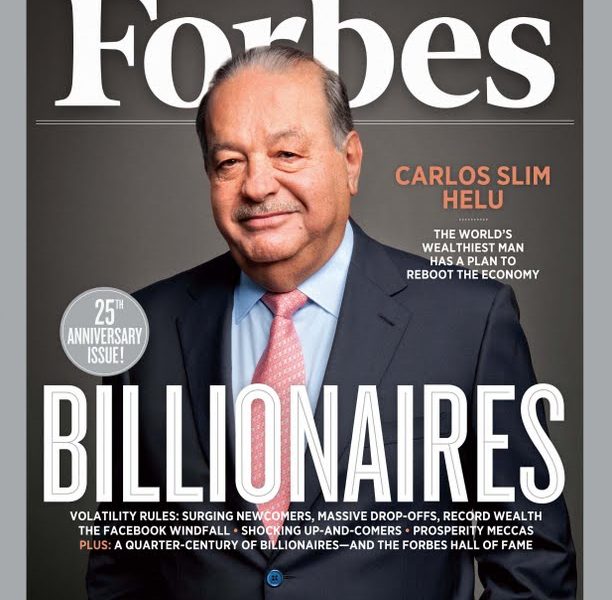 This is based on an article published in Esquérda Diario-Brazil, “Você viu as últimas notícias sobre a desigualdade no capitalismo mundial? É inacreditável.”

I will say it again, because it seems like a joke. Sixty-two billionaires own as much wealth as half of the people in the world. This fact wasn’t reported in a left-wing publication to demonstrate the complete baselessness of capitalism; it was published in a premiere capitalist magazine.

When the Cold War was over, capitalism achieved unchallenged worldwide hegemony. But we can actually reformulate the statement to be more accurate. A system of hyper-exploitation of the workforce and perverse social inequality has won and currently holds global hegemony. Sixty-two people won. Those people can get together in a room smaller than a college lecture hall, and congratulate themselves on their success, which means the hunger, misery and desperation for a huge portion of the world’s population!

Given this fact, we should heed the mobilizations of young people and workers in Italy, Mexico , Chile, Brazil and even the United States who say that this system is broken, that things can only be made right through a complete revolution.

The fact that 62 people control half the world’s wealth has deep implications for every aspect of our day-to-day lives, but I want to connect it to two current and well-publicized consequences of the capitalist system we live in: the Flint water crisis and the Detroit public school crisis .

Flint is a working-class town. It’s a predominantly Black town. And it’s a town steeped in economic crisis since GM started closing down plants in the late 1980’s. This left thousands of workers without a job, without an income and the town of Flint in complete disarray. The plant closings did not need to happen; unemployment did not need to happen–there was nothing wrong with the factories or the workers. Yet, the plant closings occurred to ensure greater profits for the CEOs and for capitalism to continue to thrive via hyper-exploitation of third world workers and the unemployment of US workers. GM and other corporations made a choice to open plants in countries like Mexico and China, to access cheaper labor, greater opportunities to exploit workers, and of course, greater profits. The CEO of GM has an income of $14.4 million–less than the 62 billionaires who run the world, but certainly placing him firmly among the 1%. These profits come directly from the dirt-cheap labor in countries like Mexico and China. The unemployed workers left behind push wages down for the entire class, enabling higher exploitation of workers in the US and higher profits for CEOs.

A lack of investment by the state of Michigan and nefarious apathy for the people of Flint led the government to switch the source of water from Lake Huron to Flint River, supposedly to save money. This is indicative of how things work in the US: the government penny pinches on people’s basic needs, corporations profit massively, billionaires make a killing at the expense of the working class, moving factories to wherever they can make the most profit- or exploit the working class the most. The effects of this system are being felt by 8,000 children in Flint who have been exposed to lead and the 10 people who have died due to possible effects from the toxic water.

Meanwhile, in Detroit, teacher sick-outs have brought attention to the dilapidated conditions of run-down, unsafe schools infested with mice and mold. The school district claims that it doesn’t have the money to make repairs. Again, working class students who are predominantly Black are subjected to unsafe conditions while officials shrug their shoulders and say that there is nothing they can do.

This “budget crisis” story is told to teachers, families, and educators across the nation. We have been sold the myth that there’s just not enough money available for quality public services; accordingly, we can’t afford free quality public education, public health care and public transportation.

American Democracy For Whom?

But the Forbes report makes one thing clear: the government claims it doesn’t have the money, but we know where the money is. It is with 62 of the wealthiest people in the world–with all the CEOs and bosses. It’s not that there isn’t enough money–it’s that the state allows for the wide-scale lead poisoning of black working-class kids crowded into freezing classrooms, while ensuring the immense concentration of wealth and political power in the hands of a few.

In fact, out of the 62 mega-billionaires, 29 come from the United States–including those who claim 7 of the top 10 positions. In other words, 29 US billionaires control almost a quarter of the entire world’s wealth. Expropriating the wealth of these 29 Americans would allow us to fix every leaky roof in all of America–with billions to spare. For example, the Detroit public school system is $1.7 billion in debt. The net worth of the top 7 American billionaires is $374.3 billion; it would take a mere .45% of their wealth to completely rid the Detroit public school system of debt.

To look at some other facts, the US government spends over $550 billion a year on public elementary and secondary education in the United States. The wealthiest 29 Americans in the country have a net worth of $1,317 billion a year. In other words, 29 people, in a country of 319 million people, have the over double the federal education budget. So, certainly, we should believe government officials when they say that there isn’t enough money to hire a school nurse or keep a school open.

“Hold on,” one might say, “At least we have our individual freedoms: life, liberty and the pursuit of happiness!” We have the right to work, make our meager wages and swallow our rage. We have the right to work very, very hard, maybe even buy a house that will take 30 years to pay off. We even have the freedom to lose our jobs after 20 years, the freedom to not be able to pay off the house and lose it to the banks.

Of course, we have freedom of speech under capitalism; we have the right to complain about our conditions in all of the major news outlets owned by six corporations and controlled by the billionaires. Certainly, they will publish a worker’s story about the precarious conditions of their life. Certainly, they will report about the police violence suffered by a Black son or daughter; they will certainly report the racial profiling, excessive policing, unjust incarceration that the Black community suffers every day. The freedoms that we workers have under capitalism are endless.

The bankers and the businessmen who we work for take with them the wealth we produce with our work, our sweat, our smiles and our tears. This repulsive era in which Black kids are poisoned by the water they drink and poor kids go to mice infested schools needs to be left in the history books.

Only a socialist revolution can put an end to the vast material inequalities, political turmoil, and social contradictions conceived and perpetuated by global capitalism. It is imperative that we take up the lessons of historical revolutionary movements and understand the errors and advances of the past. We must organize, not for the “lesser evil” or for Sanders’ “political revolution” that leaves capitalism completely untouched. We must organize to win–to topple this racist capitalist system of misery and exploitation. We have work to do. Let’s get to it.