Why Everything Costs Money

Left Voice spoke with Olúfémi Táíwò, who has recapped each chapter of Capital Volume 1 with biting humor on his appropriately-named blog, Why Everything Costs Money. You can find Olúfémi’s blog at: www.whyeverythingcostsmoney.com 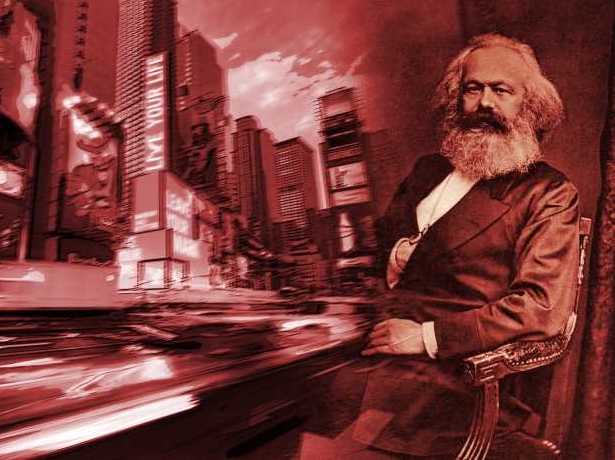 With all the changes that have taken place in our society in the past 150 years, how has Capital remained so relevant and what does it have to offer to young people today?

​Olúfémi Táíwò: Every time I read Capital, I think: “Whoa, this guy is really trying to describe how the world works.” That’s a hard, ambitious thing to even attempt, much less get right. And it seems to have gone out of style. On the one hand, there’s a lot of buzzwordy talk about “systemic” or “institutional” analysis or theorizing, but little of that stuff seems to me like an attempt to actually describe in a mechanistic way how societies and political machines relate to things that happen in people’s lives in concrete ways.

Here’s an on-the-nose analogy to explain what I’m getting at with “mechanistic”. It’s one thing for an instruction manual to say true things about a car engine – that it makes a car move, that an engine with more horsepower makes the car go faster than one with less horsepower – and it’s another thing for the manual to really say how an engine works. Anyone knows when an engine is working and when it’s not – the car moves or it doesn’t. But could someone reading your manual make a model engine? A real one? Similarly, if you know what’s good about cars, you know why it’s a problem if the car doesn’t move – you can’t use it get to where you’re going. But if the engine was busted, could they use your manual to fix the problem – to figure out which part was broken, and identify how to build one without the same design flaws that fucked up the first one? A good engine instruction manual would give you some practical tools for these problems.

It’s the same, I think, with capitalism and “critiques.” Lots of energy is spent on producing manuals for stuff we don’t really need help with: equipping us to say, in ever fancier ways, that capitalism is bad, or adding to the unending list of precisely what is fucked up about it (did you know that a car with a broken engine won’t get you to the park or to the movies?!). But I don’t think we need much help complaining about capitalism. We need more help beating it, and replacing it with something that doesn’t suck. To do that, we have to think very seriously, practically, and mechanistically about how it works and about how something better (socialism has got my vote) would work – the kind of knowledge that will help us actually build it, rather than just point out that building it is important.

There are still some good contemporary examples of this kind of writing on aspects of the social and political world (for example, Ruth Wilson Gilmore’s Golden Gulag). But Marx’s body of work remains relevant because, historically speaking, it remains one of the best and most comprehensive existing examples of what the attempt to describe how the world works looks like.

Part of the reason why this work isn’t done more often is because it’s just really fucking costly and hard. It’s important to keep in mind that Marx didn’t do this by himself, and couldn’t possibly have. He was responding to an already existing tradition of socialist thought and analysis built off of centuries of sponsored study, even that of “bourgeois economists.” He wrote Capital after decades of support and active work in the intellectual communities of his own day, and his intellectual work was made possible by the supportive labor of many people in that community, importantly including his spouse Jenny Marx (nee von Westphalen) and Friedrich Engels. For an individual, developing the kind of analysis Marx wrote in those books takes a level of time and material and intellectual community resources that most people are excluded from entirely. In an important collective sense, the community of people surrounding and including Marx was the real author of Capital. That’s why young folks should read this book and others like it – as a part of building the kind of intellectual community that can together produce that kind of understanding of the world around them.

The title of your blog is Why Everything Costs Money. Marx’s idea about where money comes from was a big revelation for me reading Capital. What were some of the most important discoveries for you reading this book?

OT: One important insight in the book is what capital is. It’s easy to talk about capital as if it’s just physical stuff (like money and assets) or at least tied to stuff. But Marx seems to think of capital as really a relationship between people that the ownership of physical stuff helps us keep track of. That seems deeply right to me.

A second important revelation was the link between capitalism and world trade. Often times folks talk about the development of capitalism out of the remains of feudalism, which is only really illuminating if you’re staring at the European continent rather than the whole map. But Marx rightly points out that capitalism is a global system, and says some interesting stuff about the role of trade and colonial violence in propping it up.

I know you have criticisms of certain parts of the book. Can you talk a bit about these criticisms?

OT: I have a few, but here’s the big one. Marx uses this nifty concept in the book called “reproduction.” Basically it means what it sounds like: creating the conditions to produce again. He mostly talks about this in terms of reproducing labor power: unless today’s wages pay workers enough that they can eat and rest up enough to show up to work tomorrow with the same ability to create value. I think Marx got lost in the weeds of explaining how capitalists and their business decisions relate to reproduction and didn’t take seriously enough what social reproduction actually meant outside of the specific mechanical question he was thinking about. Marx’s example of the waged worker involves the worker representing a particular family structure: at several points, he imagines a man doing the waged work, but whose wages go to support a wife and family, who together reproduce his labor power.

Even leaving aside the fact that adult women and children of all genders performed wage labor at this time, it’s odd that Marx doesn’t deal with the fact that, according to his own description of reproduction, this family structure of the working class is and must be itself reproduced for capitalism to maintain its relationship with the working class. This has not been lost on socialist feminists, probably since women are tasked with the oppressive burden of often unpaid reproductive labor in this setup – the Combahee River Collective, Selma James, Rosa Luxemburg, Silvia Federici, Mariarosa Dalla Costa, and Claudia Jones have all written great stuff involving this concept, though this stuff has yet to get its due.

But there’s a lot to the point. The family structure that this set up assumes was far from universal centuries ago – some communities were organized around more or fewer genders than two when the society was organized around gender at all, some apportioned labor around semi-heritable caste structures rather than the market pressures of wages, and doled out responsibility for raising kids and mutual support of adults in ways varying from group marriage and parentage to other complicated kinship structures that don’t much resemble the nuclear family Marx describes. If we want to explain how that kind of family structure became the thing to do everywhere, we have to tell a story that zooms out from dollars and cents to include material analysis of things like social norms, culture, and violence along the whole scale, from violence between individuals to the kind that involves armies.

The other book you have recapped on your blog is Eric Williams’s “Capitalism and Slavery.” What drew you to that book?

Capitalism is a system of political relationships between people, other people, and ways of working to produce stuff. Marx often points out similarities between waged work and slavery, sometimes even arguing that waged work was a kind of slavery if you looked at it just right. But for the majority of the history of capitalism, there was a kind of worker whose slavery we didn’t have to squint at to recognize as slavery. That is, of course, slaves – at first both indigenous people and Black Africans, eventually exclusively Black African descended folks. Race set up the political relationships that decided who could be forced into being that kind of worker and who could not be. Then, that’s another aspect of the social organization embedded capitalism that had to be reproduced at a world scale, and another aspect of reproduction that Marx doesn’t really deal with. Eric Williams’ book is one of the OG analyses of how that aspect of the world worked and what it had to do with the events in history that exported capitalism and its social order to the rest of the world, so I figured it would be a good next step.

What books are you considering recapping next?

OT: I’m planning on doing two more theory books to start off: “Patriarchy and Accumulation on a World Scale” by Maria Mies and “Black Marxism” by Cedric Robinson. Then I want to switch gears to histories of some contemporary problems for the U.S. Left, probably starting with “From the War on Poverty to the War on Crime” by Elizabeth Hinton on mass incarceration. Then a couple books on immigration law in the US: “City of Inmates” by Kelly Lytle Hernandez and “Hitler’s American Model” by James Whitman.