A Cafe Worker in Seoul: My Labor is Mine, But It Is Also Capital’s

South Korea has been held up globally as an example of a country which successfully confronted and contained the spread of the coronavirus. The story that has not been told is the plight of the increasingly precarious working class — particularly youth, women, and migrants. 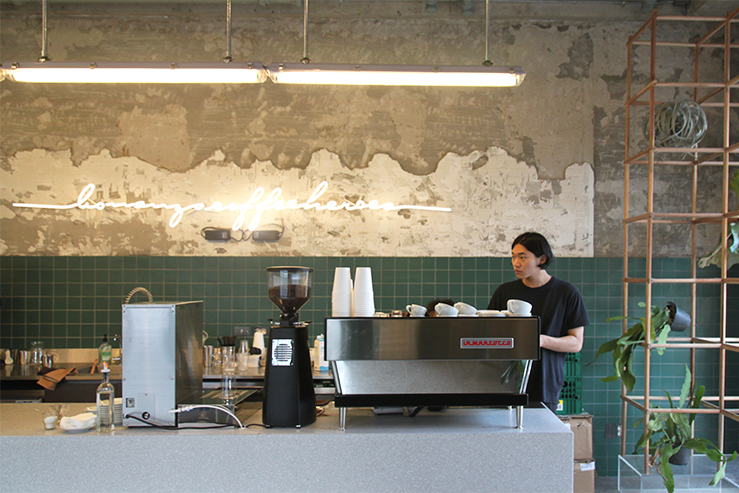 Min is a socialist in South Korea. During his years as a college student, he organized with workers and students against precarious working conditions. He just finished two years of state-mandated military service and is working at an entertainment cafe in Hongdae, Seoul. In this short piece, Min shares his everyday experience under capitalist alienation.

The store is the busiest these days because it’s the summer holiday season. I think being busiest during holidays is the fate of the service or entertainment industry. I’m not unhappy about it. But still, I hope the holidays will finish soon.

These days, I have absolutely no spare time to think about anything else when I work, so time stops from the moment I enter until I leave. During the off-season, I would check my messages and read the news. Nowadays, that’s impossible.

Because of the high labor intensity, after work, my brain’s capacity to read and study texts shrinks. The time I have for political activities is much more limited.

Although the cafe is relatively large for the industry, it’s a small place where dozens of workers rotate. So adding or removing one person makes a big difference to our working conditions. Five workers in a workplace means that we can relax. Four workers: Good. Three workers: Busy. Two workers: Deadly. One worker: Hell. For capital, it’s a waste to arrange the workforce based on busy seasons, because it would mean a surplus in the off-season.

I interviewed the Acting Nurses (a group that fights for the rights of nurses) recently. The root of various problems that nurses face is also a shortage of workers. The experience at the entertaining cafe helps me understand the grievance of nurses.

Even if you want to be polite to the customers, it’s not possible if you have to deal with multiple teams at the same time, helping them enter the room, take a picture, explain the rules, ring them up at the counter, and clean up the messy room within ten minutes. I end up speaking fast — like I’m rapping. If device errors occur or you get a complaint because you can’t respond to customers on time, you’ll be chastised; while you apologize, you fall behind on other tasks and get busier.

Still, no matter how hard it is to work here, the worst that can happen at the store is ruining someone’s holiday experience. But in hospitals when things go wrong, what can be ruined is people’s lives. I can’t imagine how much pressure nurses feel due to the lack of personnel.

However, even if work is difficult, it’s not all bad — it’s also rewarding. When I see people laughing and enjoying themselves, or when I comfortably explain the tricks of the room to the customers, I feel rewarded.

Also I love my store. Even though I earn the minimum wage, and even though anyone can substitute my place after one month of orientation, it’s still my place. While I’m working here, I take responsibility for what happens. Maybe someone will think that’s silly, but honestly, I feel committed to my part-time and short-term job. It’s just instinctive.

That’s why, when one of the rooms became flooded in the rainy season, I did my best to pour all that water into a bucket. I had to finish the task before the customers came, so I was really busy, and it was hard to carry the heavy bucket several times and clean up the floor, but it was worthwhile.

I hope that we (my coworkers and I) can decide how much workforce we need at this store through the discussion, not to decide the minimum workforce needed to maximize profits in the store, but to decide enough workforce to comfortably provide customers leisurely service.

I hope that we’re able to solve various problems at the store on our own, having both authority and responsibility.

Although work is hard and I feel a lot of alienation, I feel the reward and the joy of work. And this positive sentiment I instinctively feel shows why the working class, the majority of society, not parasitic capitalists or bourgeois elites, have the ability to run the world and make it much more abundant and happier than it is now.