A Statue of a Slave Trader Stood for 125 Years. The Statue of an Anti-Racist that Replaced it Was Taken Down in Less than 24 Hours.

In the English city of Bristol, the statue of an anti-racist activist was pulled down less than 24 hours after being secretly erected in place of a statue of a slave trader. 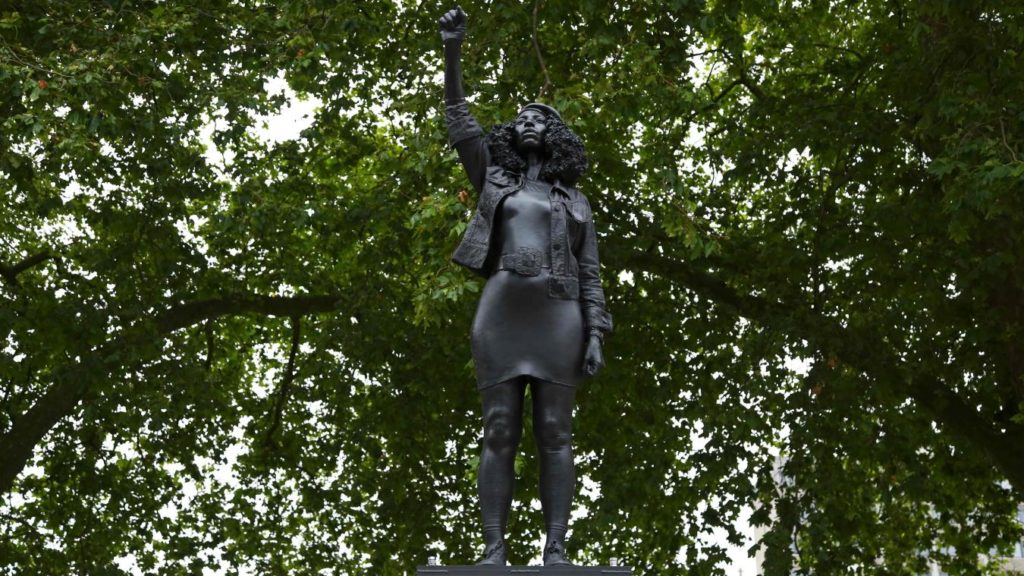 Some weeks ago, protesters in Bristol took action to express their hatred of racism and to take a stand against the legacy of slavery: as part of the wave of mobilisations against the murder of George Floyd in the United States, anti-racist demonstrators removed the statue of Edward Colston — the 17th century slave trader regarded as the “founder” of Bristol — and tossed it into the nearby harbor. The statue had stood gazing down at pedestrians in Bristol’s Centre since 1895.

A column in the New York Times this June said that, “Bristol is, for all intents and purposes, the town that Edward Colston built. Tearing down his statue has reopened a painful reckoning with the past — one that has long divided this port city of 460,000, laying bare its contradictions. It is multicultural but segregated, festive but given to spasms of unrest, liberal but enriched by the lucre of slavery.”

Demonstrators acted against this reactionary memorial, which was erected to enshrine the legacy of  those who made personal fortunes by exploiting millions of enslaved people, thus laying the foundations of capitalism. Activists then installed a statue of Jen Reid, a North American activist involved with Black Lives Matter who, upon the toppling of the Colston statue, climbed up onto the pedestal and gave a Black Power salute. This new statue commemorating the fight for racial justice was created by British artist Marc Quinn, who hoped that his work would help open up a debate over which figures ought to be memorialized in our public spaces.

But it was all for nothing. It took the city authorities less than 24 hours to remove the statue. The Mayor of Bristol, Marvin Rees, himself the son of a Jamaican father, said he understood that people wanted their voices to be heard, but added that the statue had been erected without permission.

Capitalists cannot abide working class challenges to the legacies of their major historical figures, especially if such challenges threaten to turn into a general confrontation of their authority. This was why the statue of Colston was able to remain in place for 125 years — and that of an anti-racist activist for less than 24 hours.

As we have seen in France, where Macron has positioned himself clearly against destruction of statues, the battle for the memories, for history — for our history — is also a terrain of class warfare.

It is this mobilisation against capitalism that enables workers as well as the population at large, including all oppressed peoples, to celebrate their own heritage and to shine a light on the truth about the oppressors and exploiters whom the capitalists celebrate as heroes.

Translated from the German by Simon Burnett.

This article was originally published in Revolucion Permanente.