Abortion is Still Under Attack in Argentina Despite Legalization

Argentina recently legalized abortion up to the 14th week of gestation. The new law allows abortion in public hospitals as well as in private institutions. But already the law is being attacked by reactionary and fundamentalist sectors. 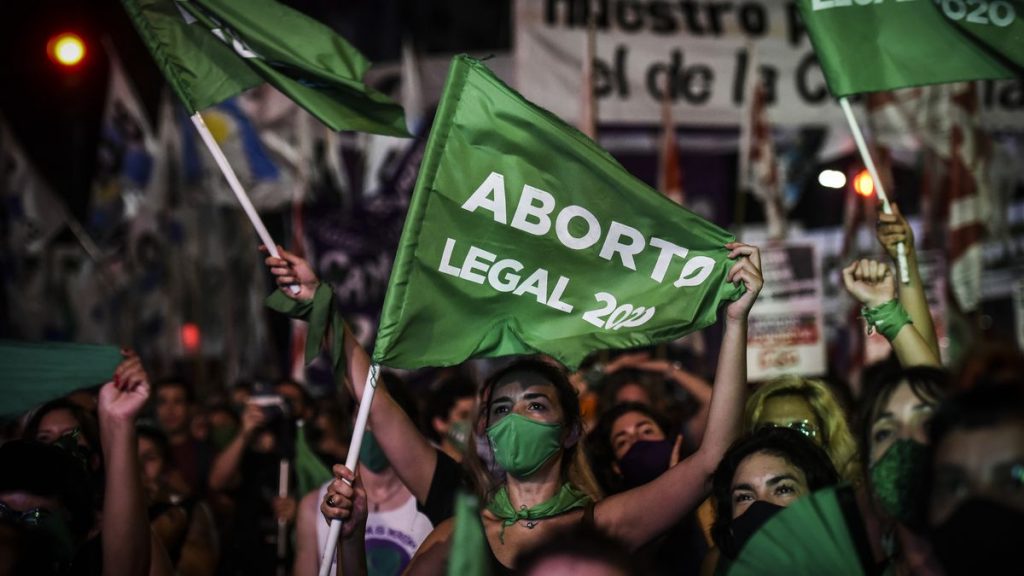 After years of mobilization, Argentina finally legalized abortion up to 14 weeks. It is a huge victory for the feminist movement, which forced the issue over the past few years. The law, however, includes a conscientious objector policy, which is already being used and abused.

Conscientious Objection: The Article of the Law That Allows Use and Abuse

As soon as the law legalizing abortion was implemented, actions were taken to undermine it in Salta, a city in northwestern Argentina. A collective legal appeal was presented and signed by, among others, a former senator. The goal of the appeal was to prevent the law from being implemented in Salta Province. The appeal was rejected as inadmissible by Salta’s Federal Court No. 1.

Beyond legal challenges, abortion access remains a problem in the province. There are only nineteen healthcare workers in Salta’s public hospitals willing to guarantee the right to legal abortion. At the Maternal and Child Hospital, ninety percent of the seventy gynecologists are conscientious objectors — meaning they refuse to perform abortions.

At the end of January, a judge in Chaco Province tried to stop the law from being implemented. The preventive measure called for the abortion law to be declared unconstitutional, arguing that the provincial Constitution guarantees “the right to life and liberty, from conception, to all people and … the interpretation of the law most favorable to the human person should take precedence.”

The feminist movement in the province quickly organized a demonstration to counter the measure. Thanks to the demonstration and the uproar on social media, the governor had to step in to declare that “the law has to apply.” He did this under pressure, not of his own volition. After all, he is known for his links to Opus Dei, an institution of the Catholic Church, and his fervent opposition to abortion.

In Buenos Aires, San Felipe de San Nicolás Hospital, which depends on the provincial Ministry of Health, was denying access to legal abortion, using the excuse that it lacked a properly equipped space.

Not only is legal abortion under attack in the courts and in hospitals, but the feminists who fought for it are also being targeted. A teacher who was carrying a green mask with the logo of the National Campaign for the Right to Abortion was badly beaten. The teacher’s attackers also tried to kick her off the bus she was riding in the city of Mar del Plata. Threats of killing feminists come from the same people who accuse feminists of being “baby killers” — the language used by the teacher’s attackers.

Conscientious objection is an individual right of medical personnel. But the problem is that the abortion law does not require health institutions to maintain a minimum percentage of health workers who are not objectors. This omission was fought for by the Argentinean right wing and the Catholic Church.

The government negotiated with these sectors to get votes in Congress. But as we are seeing, the law is jeopardizing the right to legal abortion.

Young Women and Health Workers United: A Green Tide for Implementing the Law

In the past few years the struggle for abortion has been led by young people and focused on mass mobilizations in the streets. But now it is more essential than ever for health workers to play a central role. Healthcare workers can sound the alarm about places where abortion rights are being denied. But above all, the organization of healthcare workers can guarantee that no request for an abortion is denied in any of the country’s health centers. The workers can be strong allies in this new stage.

In every hospital, health center, or city where the full exercise of the right to abortion is denied, workers and feminists must organize committees for the right to abortion. These committees should unite the rank and file: young activists, health workers, medical and law students, as well as all the organizations that make up the National Campaign for the Right to Abortion. Together, these groups can put forward legal responses and organize public protests.

This is how to strengthen the struggle for the separation of church and state and for the direct election of judges.

First published in Spanish on February 3 in La Izquierda Diario.